Almost three months on from a dramatic final-day contest at Newport County, Notts return to Sky Bet League Two action full of hope as they begin the 2017-18 season away at Coventry City.

The Magpies have made a number of key additions to the squad over the summer, most recently Ryan Yates on a season-long loan from near neighbours Nottingham Forest.

Popular playmaker Jorge Grant, who was so influential for Notts in the second half of 2016-17, has also crossed the Trent, while Lewis Alessandra and Shaun Brisley have also arrived.

With the nucleus of the squad which showed play-off form under Nolan kept together, it's been a positive pre-season at Meadow Lane.

Home friendlies against Nottingham Forest and Wigan Athletic demonstrated promise within the Notts squad and supporters, as ever, head into the opening day of the season with boundless optimism.

"I'm absolutely buzzing for it now. The boys have been ready for a number of days so we're really looking forward to it." 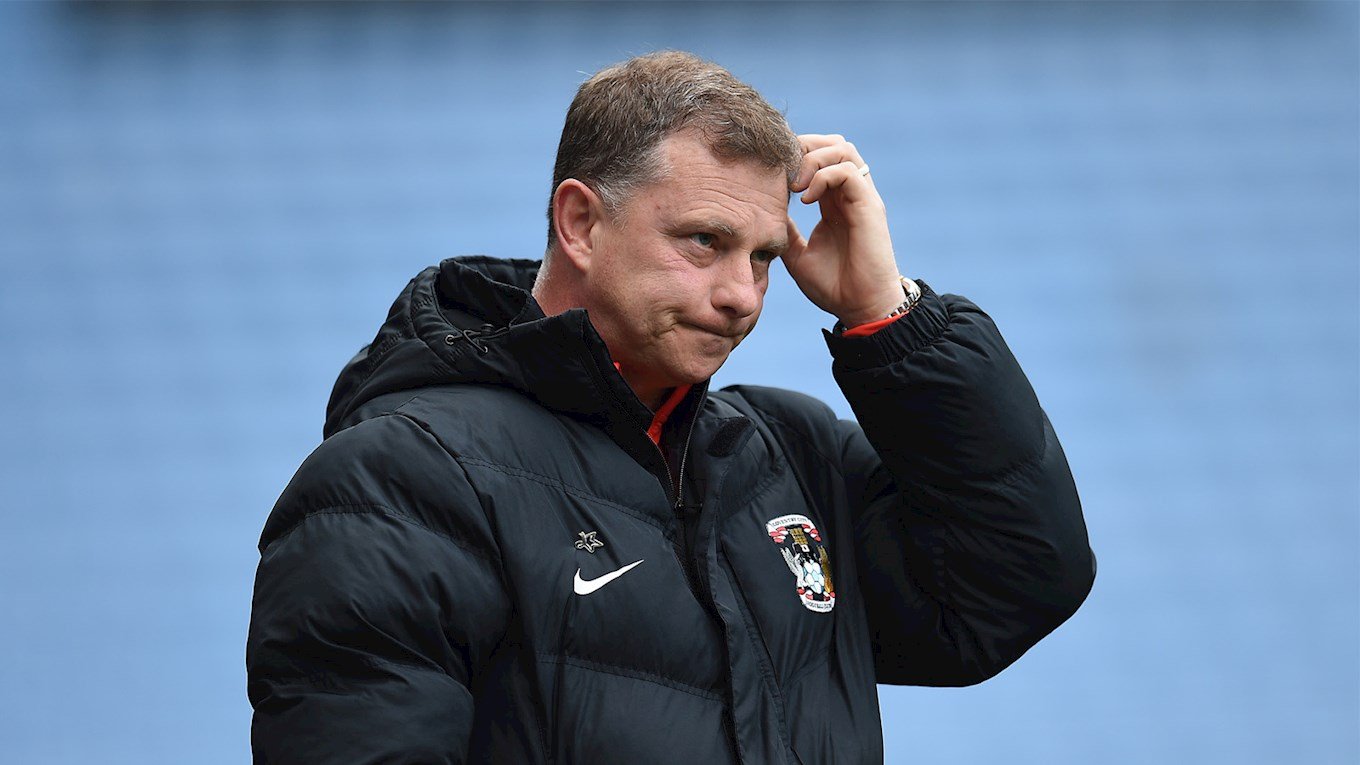 "We're set, we're ready and we've been working really hard in preperation for this game. We've had a good pre-season with very few casulties , which is all you can ask for.

"The season can't come round quickly enough. I think the lads would have wanted it to start a couple of weeks ago, but it's a good, tough game, played at home which is always a bonus." 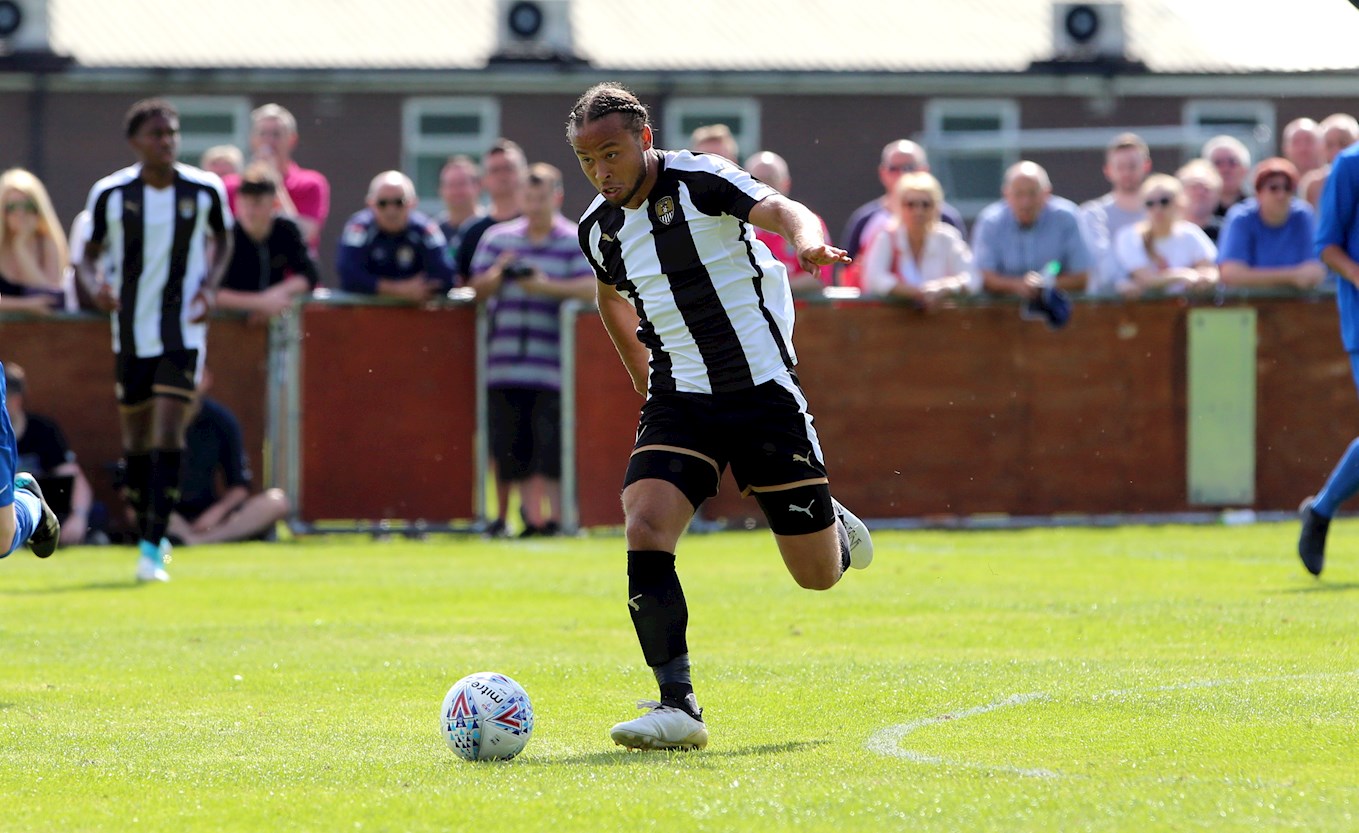 Kevin Nolan confirmed a clean bill of health for his side with Curtis Thompson recovering from a hamstring problem to give the manager a full complement to choose from. 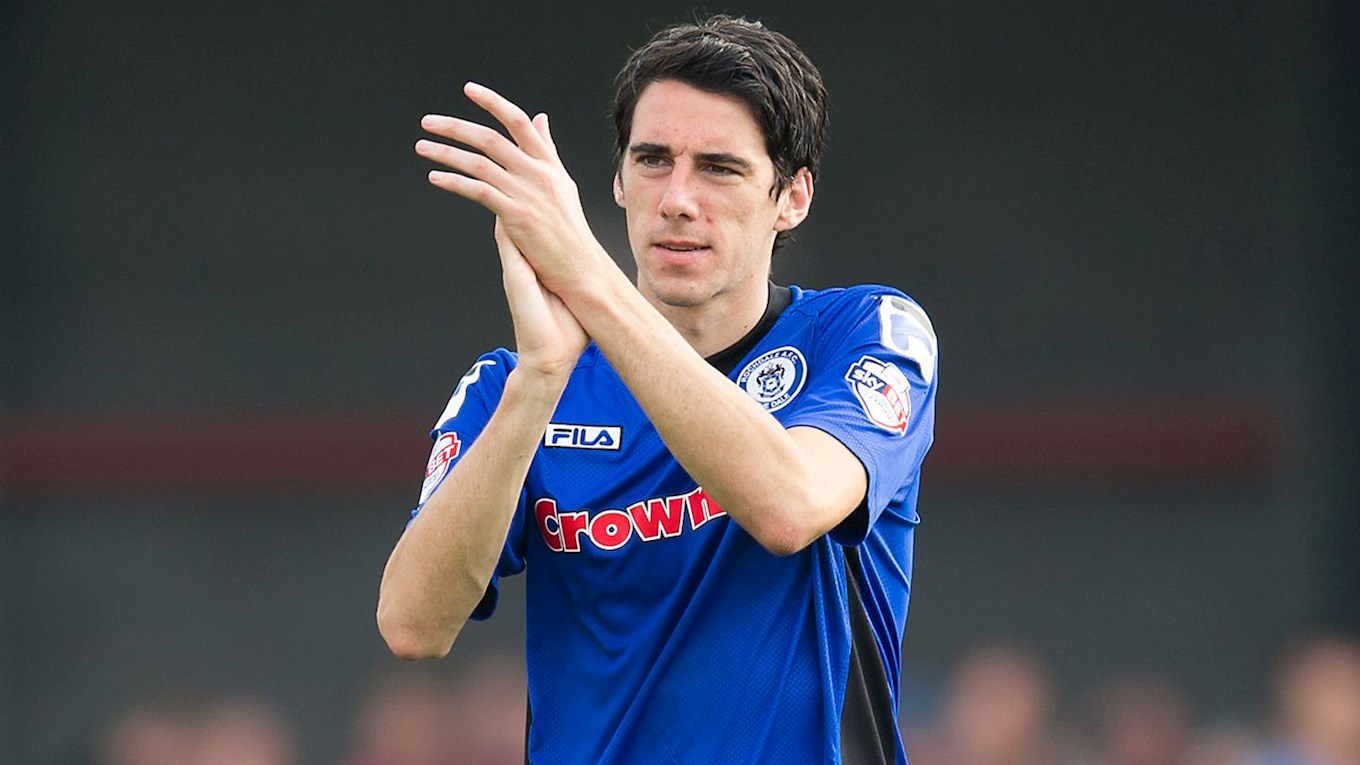 Peter Vincenti was one of the more eye-catching additions made by Coventry over the summer.

The Jersey-born midfielder fell out of favour at Rochdale last season despite scoring 24 goals for the Greater Manchester club over the previous two campaigns.

At the age of 31, there is still plenty for Vincenti to offer, particularly with two promotions under his belt. No doubt he will want to add a third with the Sky Blues.

Notts won 1-0 on their last visit to the Ricoh Arena as Garry Thompson's goal proved enough to seal a narrow victory.

The game was made all the more remarkable by the presence of Roy Carroll in the Notts goal. The keeper had played for Northern Ireland in Romania the night before and boarded a flight back to England to to play against the Sky Blues, keeping a clean sheet after completing a journey of almost 1700 miles. 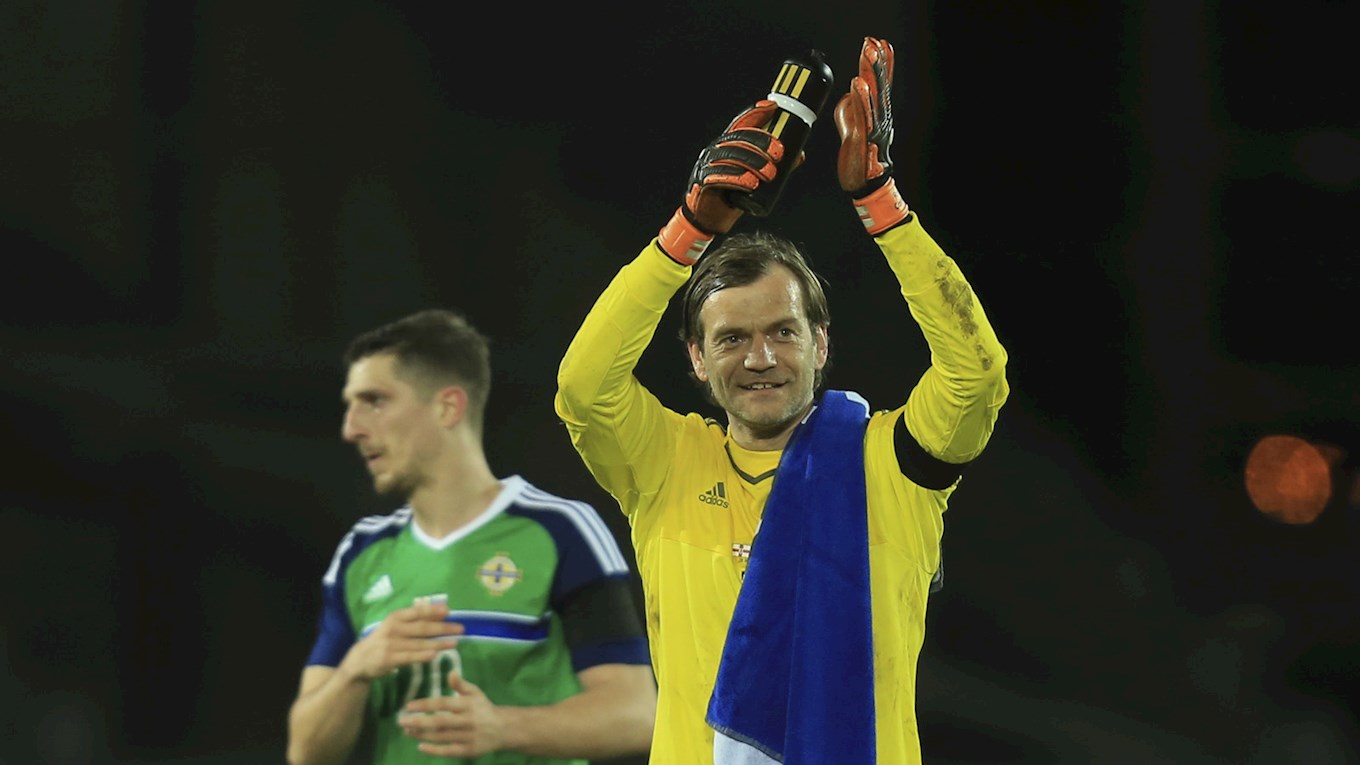 There are plenty of Coventry connections in the Notts squad. Captain Richard Duffy had four loan spells with City over the course of a three-year period. In total the central defender made 64 appearances with the west Midlands outfit.

Carl Dickinson and Jon Stead, meanwhile, had shorter stints with the 1987 FA Cup winners. Dickinson played seven times on loan from Watford in 2012-13 while Stead scored twice in 10 appearances on loan from Ipswich Town in 2010.

If you fancy Notts to come away from the Ricoh Arena with another 1-0 win, you can get odds of 9/1 or a more adventurous 3-0 victory for the Magpies can be backed at 40/1. 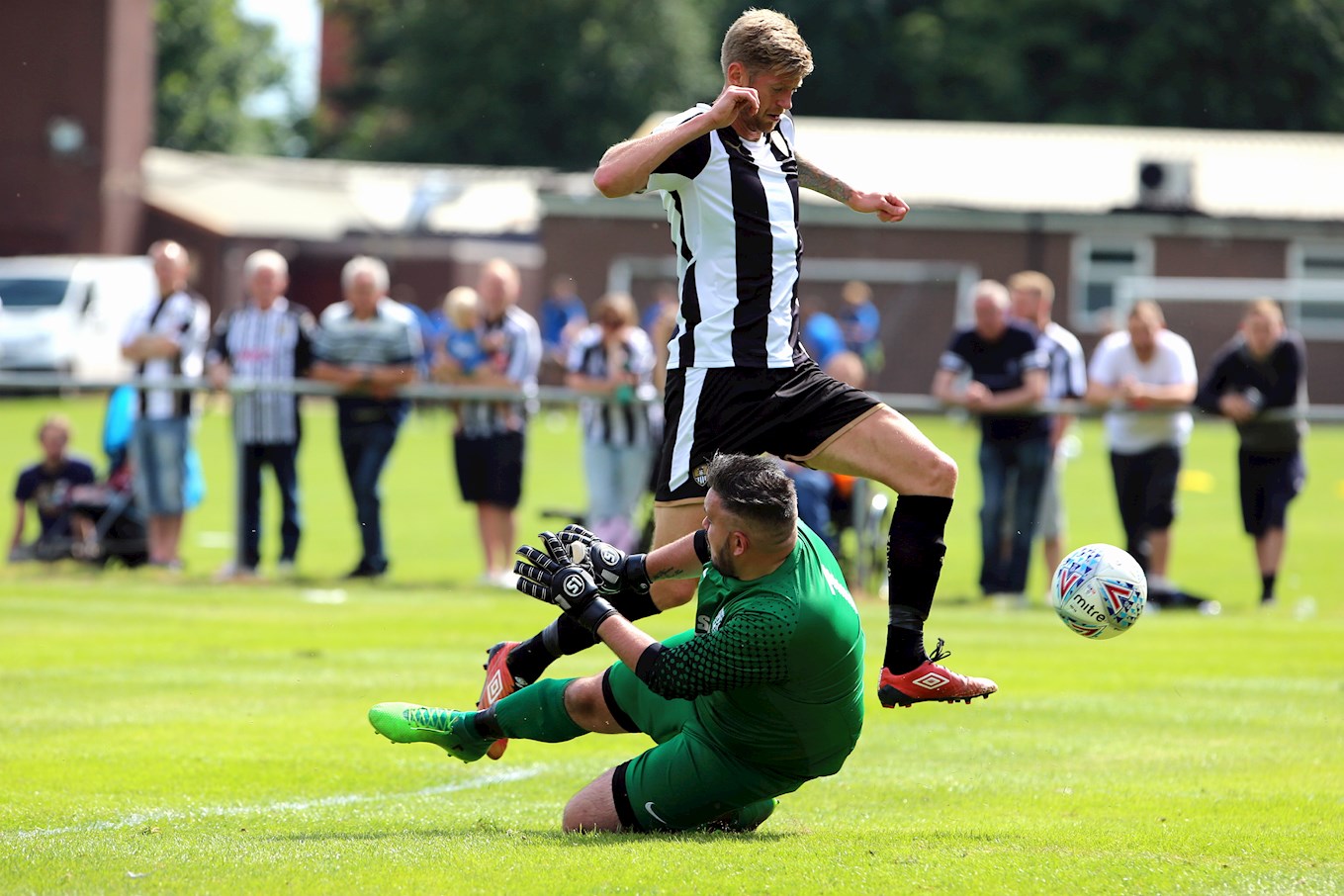 Jon Stead scored 14 goals last season and wants to hit the 20-goal mark this time around. The striker is 5/1 to open the scoring against his former club or 50/1 to bag an opening day hat-trick.

Notts County were beaten 3-0 by Coventry City on the opening day of the 2017-18 Sky Bet League Two season.

The Magpies, who hit the post early in the first half, found themselves behind when Jones was allowed too much space to open the scoring before the break.

And the winger killed the game off in the latter stages of the second half with another composed finish before adding a third in injury time.

Kevin Nolan handed debuts to four of his summer signings, with wingers Lewis Alessandra and Terry Hawkwridge claiming starts along with centre back Shaun Brisley and midfielder Liam Walker.

Returning Magpie Dan Jones claimed left back, while Jorge Grant was named among the substitutes.

Following a short delay to allow an electrical storm to pass over the Ricoh Arena, the sides exhchanged tentative blows as the 2017-18 campaign got underway.

But it was Notts who sparked the affair into life on 13 minutes after Alessandra had weaved his way into Coventry territory before supplying Hawkridge to his right. The former Lincoln man fizzed the ball along the slick surface and across the face of goal. It crashed off the base of the post and, to the hosts' relief, squirmed away to safety.

Notts next went close on 28 minutes when, after Alessandra had been fouled down the left, he swung a dangerous free-kick into the middle. Brisley nodded the ball just wide.

The Magpies had enjoyed the better of the chances but it was Coventry who would take the lead shortly after Brisley's effort. The ball found its way to Jones on the right-hand side of the area and the winger had time to compose himself before drilling it low into the net.

One-nil was how it stayed going into the break and, shortly after both sides had reemerged unchanged, the Sky Blues came close to doubling their lead when Marc McNulty's low effort gave Adam Collin a stern test. The keeper managed to get a hand to the ball, diverting it into the turf, up and over his own crossbar.

From the resultant corner, Jones had to be alert at the back post to turn the ball behind with McNulty waiting to pounce on Chris Stokes' flick-on.

Notts' response came from Jon Stead, who latched on to strike-partner Shola Ameobi's header to strike the ball left-footed on the half-volley. He couldn't keep his effort down, however.

Frustrations were building for the Magpies as they looked to give their 1,727 travelling supporters something to cheer. Elliott Hewitt found himself in the book for remonstrating with the officials following their decision to not award Notts a free-kick for what looked like a clear handball.

And Notts' struggles worsened on 80 minutes when Jones bagged his second of the afternoon. Milsom had initially done well to halt the winger's progress but Jones showed quick feet in the area to escape his opponent before finishing neatly.

Five minutes were added on at the end of the match, during which Milsom saw a shot deflected to safety following Hawkridge's cut-back.

But Coventry put the game beyond doubt with virtually the last kick, Duckens Nazon embarking on a superb solo run before rolling the ball to Jones who made no mistake from eight yards.

Tickets for Notts County's opening-day trip to Coventry City will be available from the Ricoh Arena on matchday.

Tickets purchased on matchday will be priced:

In line with Coventry City’s policy, tickets for supporters with a disability and their personal assistants are available to those who receive the middle or higher rate of Living Allowance or equivalent.

Wheelchair disabled supporters are required to purchase tickets in advance from Notts County. They are priced at the appropriate age-related ratefor the disabled supporter, with a personal assistant ticket issued free of charge.

Official away travel has sold out for this fixture.