Designed by league sponsors Vanarama, a one-off matchball will be used when we travel to Chesterfield this weekend.

The custom ball is part of the six-week MANarama campaign, during which the league is renamed as the MANarama National League, highlighting that a man dies from prostate cancer every 45 minutes in the UK.

The striking blue and orange ball has been designed in Prostate Cancer UK and Vanarama colours, and features powerful testimonies from four men affected by the disease.

It aims to highlight the role football can play in prompting fans to consider their health, as well as raising awareness of the most common cancer in men.

The quotes on the ball are given by four football fans from across the country affected by the disease.

Since their diagnosis, all have made incredible efforts to raise awareness and, through various initiatives, helped to raise thousands of pounds for Prostate Cancer UK.

The quotes on the ball are:

“We stand together in our quest to change the game for men and their families affected by prostate cancer, and the grassroots game is the perfect platform to do this.” – Lloyd Pinder, Leeds.

“It’s great we can raise awareness of prostate cancer within the non-league community. The spirit of everyone is so strong and I'm so proud that my club are always so supportive.” – Phill Coates, St Albans.

“I want to show that a grim diagnosis doesn’t mean you have to mope around being miserable. Football has inspired me to have my own ‘promotion season’ feeling every day, despite having terminal prostate cancer.” – Kevin Webber, Epsom 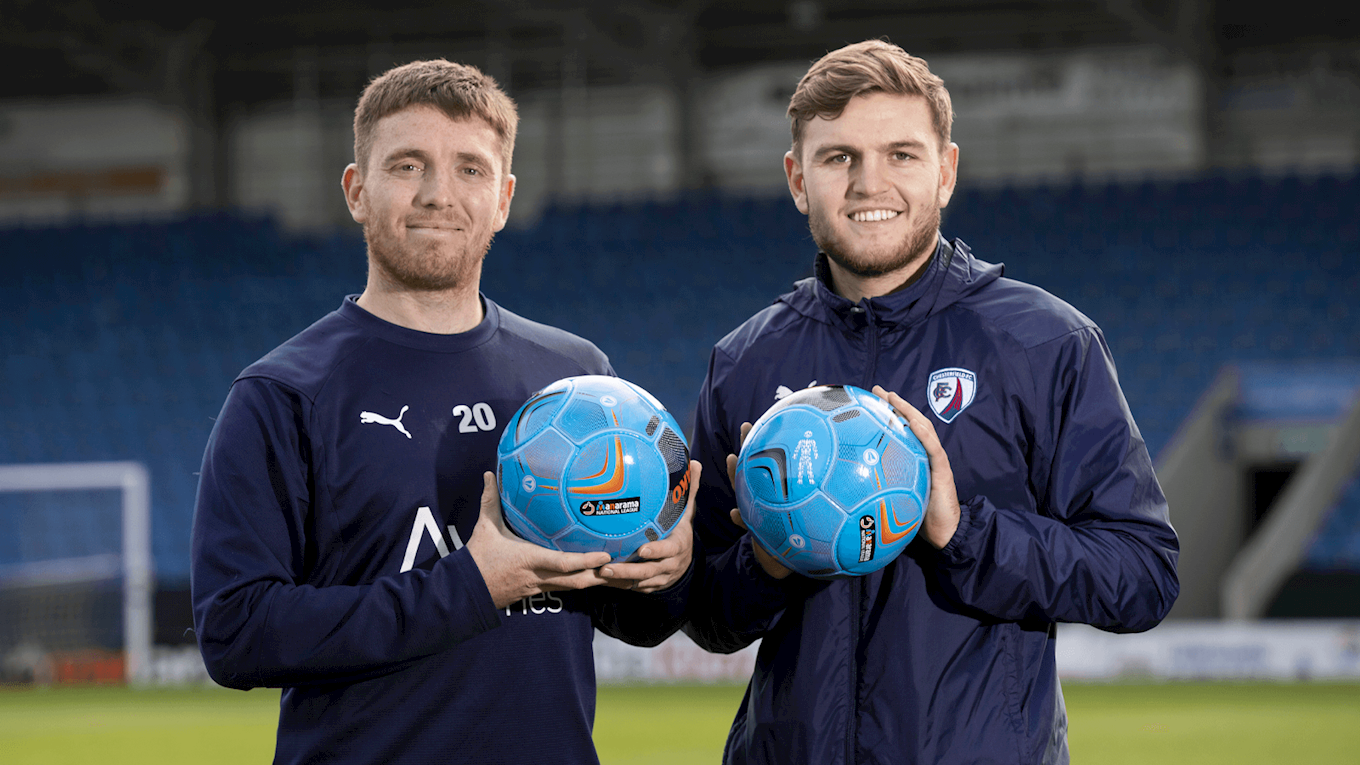 Angela Culhane, Chief Executive of Prostate Cancer UK, said: “We pride ourselves on being on the ball in the fight against prostate cancer, a disease that kills one man every 45 minutes.

“This is a purpose worth uniting for and, from changing the name of the league and now introducing a bespoke ball, it’s been wonderful to play a part in the ground-breaking MANarama campaign over the past two years.

“We thank both Vanarama and the National League for their unwavering support.

“Seeing our ‘Man of Men’ logo, and the quotes from four men affected by this disease, on the ball is a hugely powerful way to raise awareness of the dangers of prostate cancer.

“The stories of Lloyd, Kevin, Phill and Errol will trigger emotions of hope, heartbreak and humility, but they also drive our determination to make prostate cancer a disease the next generation of men need not fear.”

We're raising funds for Prostate Cancer UK, and you can help us win a minibus by clicking here to donate to our JustGiving page!