Harry Kewell says he saw plenty to build on in his first match as Notts manager despite defeat in the Checkatrade Trophy.

His side looked comfortable in the first half and went into the break ahead following Lewis Alessandra’s 12th-minute opener, before second-half strikes from Mitch Rose and Jake Hessenthaler turned the game on its head.

But Kewell is happy with what he saw from his players in the opening period, with the challenge now to extend that level of performance to last the full 90 minutes.

“I couldn’t fault the players in the first half which is nice for me,” he said. “It was good to see them pick up my ideas and I saw a high standard and some promising passages of play.

“They’ve done it for 45 minutes and now the players know what they need to do for the entire game because a match doesn’t end at half-time.

“If that first half is what they can produce after just two days together then I’m excited for what we can see from them in a couple of months.” 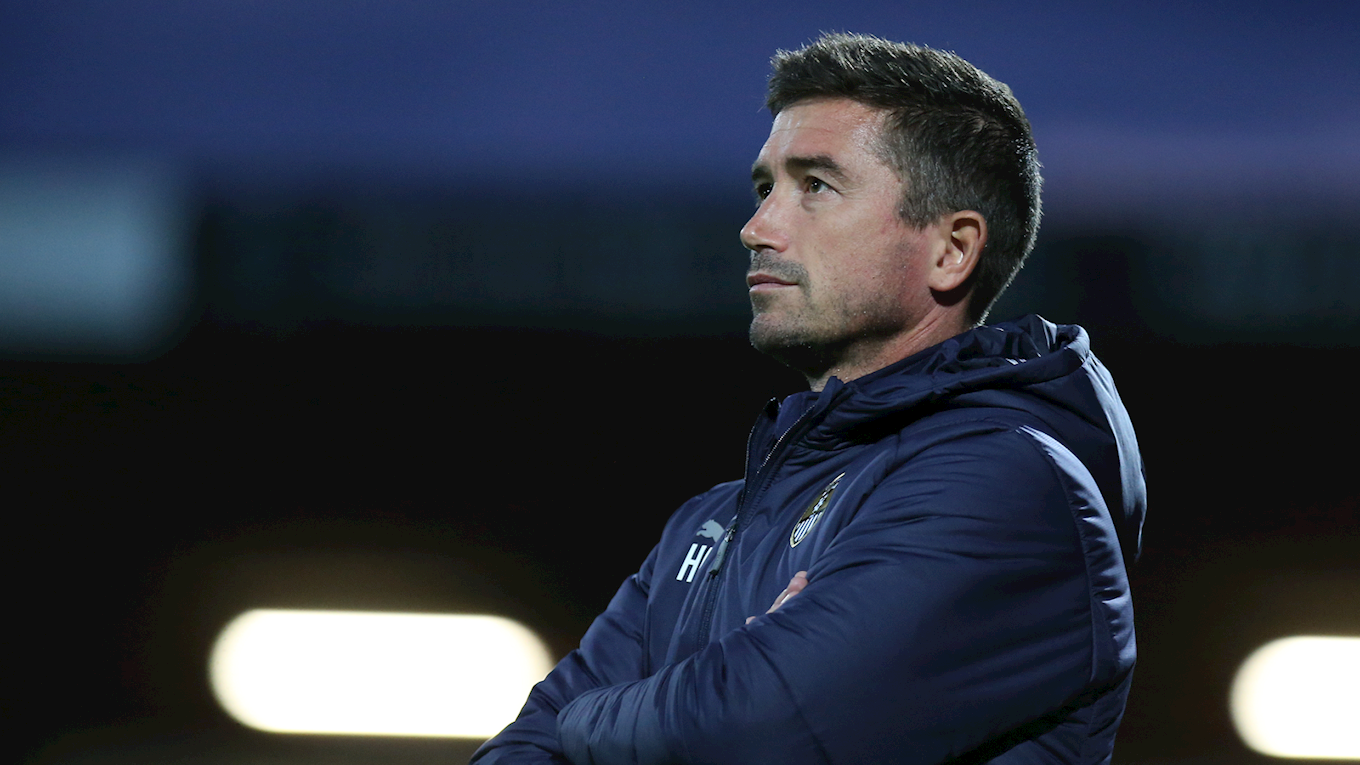 After taking the lead early on Notts had opportunities to put the game to bed before the interval, which is the one criticism Kewell had from the opening 45.

He explained: “The only disappointment is that we didn’t convert more of the chances we had in the first half.

“Lewis took one but could have had another, Enzio Boldewijn had a good opportunity and I also think we should have had a penalty when Kane Hemmings was pulled down in the box.

“If we’d taken those chances we’d have killed the game off because Grimsby only really threatened once in the first half.”

Kewell is in no doubt that there is work to be done though, citing stamina and mentality as two areas that can be improved considerably.

He added: “For the way I want to play we need to improve the fitness in the squad because Grimsby were stronger in that respect as the game wore on.

“There’s also a lot of mental toughness that you need when teams are bypassing the middle of the park and throwing men forward, which we saw in the second half when we started to give the ball away cheaply.

“If, as a group, we can grow stronger mentally we’ll be able to cope in those situations and we know we have a long way to go but these players are up for the challenge.”