Notts County travel to Grimsby Town tonight as Harry Kewell takes charge of the team for the first time.

The new manager’s opening game comes in the Checkatrade Trophy against a side the Magpies haven't beaten in their last five match-ups.

In last year’s competition Notts finished third in their group and they will be hoping for better this campaign after also being drawn in Group G alongside Doncaster Rovers and Newcastle United’s Under 21s.

Fellow Sky Bet League Two side Grimsby have picked up just one win this season and didn’t register a victory in last year’s Checkatrade Trophy.

Both sides will be looking to correct recent form by picking up all three points on Tuesday night. 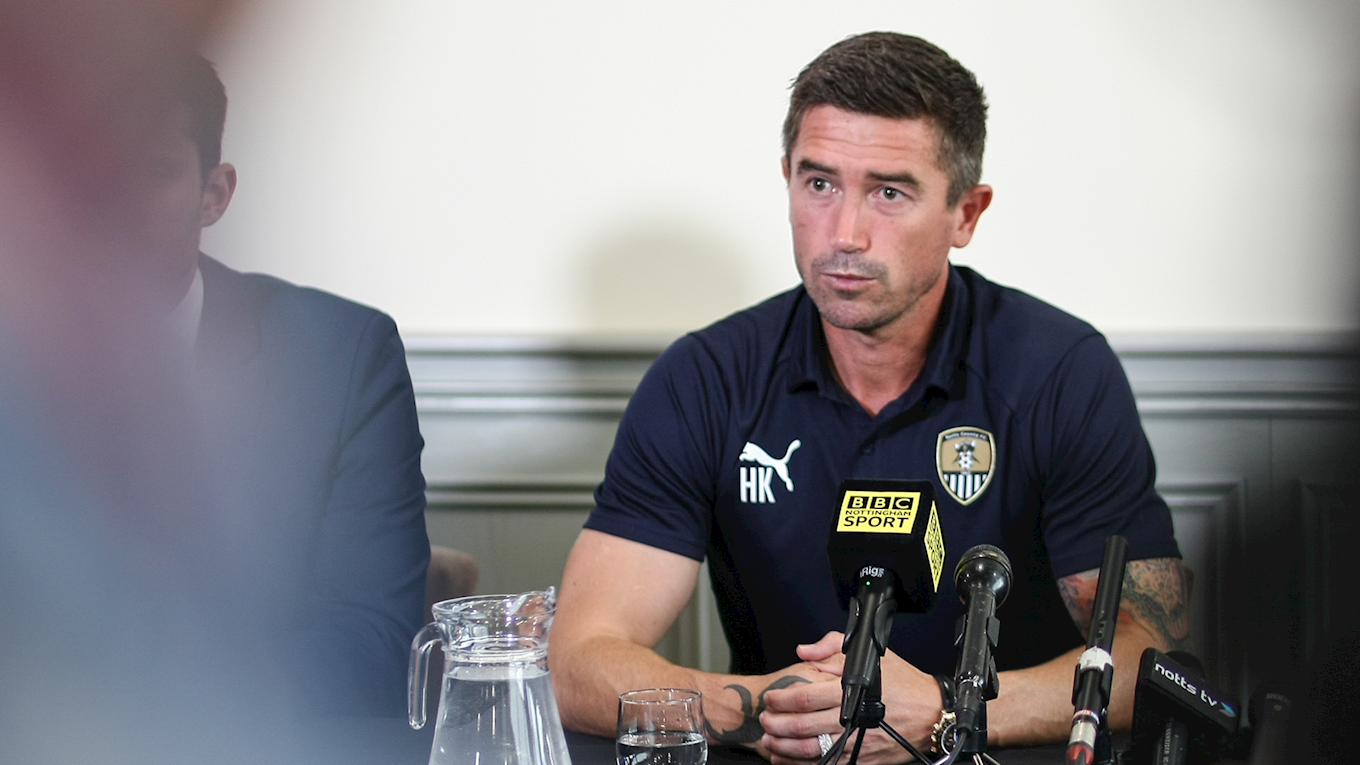 “We want to win every game whether it’s in the league, cup or a friendly. There is no change in pressure for different matches so we just want to go out there and play our best.

“It’s an important game for my players and a clean slate for them to impress me. I’m not looking for anything special, just to carry out the instructions they’ve been given.

“It’s all going to come down to hard work. If we run, press and close down then we will see the benefits.”

“I think we’re still seeing the emergence of the team and we haven’t shown a consistent level of performance yet, which we’re working hard to try and address.

“We need to improve. We need to perform consistently and pick up more points.

“We have to decide what the best plan is to attack the game against Notts County and once we’ve done that, we’ll come up with a team to try and win.”

Dan Jones is absent as he starts the first game of his suspension but Christian Oxlade-Chamberlain could be included as his comeback from a broken leg continues.

Grimsby have Ben Pringle available following his loan move from Preston North End but fellow loanee Elliot Embleton is away with the England Under 20s. 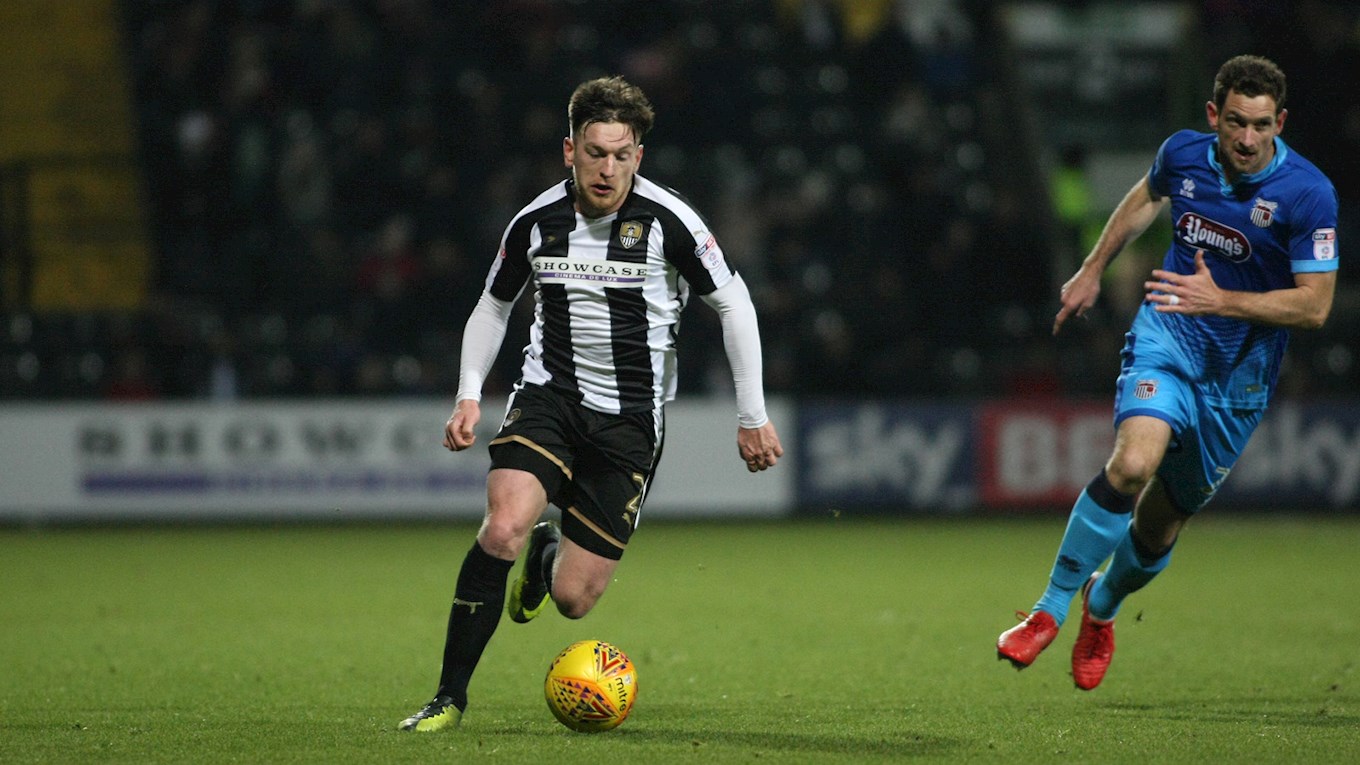 Jamille Matt scored deep into added time to record a 2-1 win for Grimsby when the sides last met in April.

Blundell Park was the scene of Notts' last triumph over the Mariners back in February 2010 as Lee Hughes’ 69th-minute effort earned a 1-0 success in a closely-fought encounter.

Hughes finished the 2009-10 season as League Two’s top scorer with 30 goals while Notts earned promotion as champions and Grimsby were relegated to the National League.

Jon Stead to continue his goalscoring form by getting the first goal at Blundell Park is priced 5/1, while Grimsby to repeat April’s 2-1 is 9/1.

New manager Harry Kewell watched on from the dugout as his side took a first-half lead through Lewis Alessandra.

But a Mitch Rose penalty and a late poacher's effort from Jake Hessenthaler handed the hosts all three points.

Kewell's first team selection as Notts manager saw him hand debuts to Elliott Ward, who joined the club on Monday, as well as Christian Oxlade-Chamberlain.

The Magpies shaped up in a 4-4-2 formation with Ross Fitzsimons shielded by Andy Kellett, Ward, Shaun Brisley and Oxlade-Chamberlain.

Notts started the match strongly and claimed the first shot of the evening when the ball fell to Milsom outside the area. He sent it bobbling wide with his weaker right foot.

Stead was next to have a go, firing a long-range effort over the bar, before the hosts came close to opening the scores when Wes Thomas sent a lobbed effort high over the onrushing Fitzsimons and just wide of the far post.

Notts were, however, the much stronger team and they deservedly led with 12 minutes on the clock when Alessandra ghosted into the area from the left and guided the ball low into the far corner of the net.

Fitzsimons had to be alert to sweep up a lucky deflection and Charles Vernam sent a speculative effort over as the hosts tried to work their way back into the game.

But it was Notts who finished the half stronger, Hemmings seeing a shot diverted over, Boldewijn being crowded out in the area after latching on to a sublime Husin pass and Alessandra's deflected shot finding its way into Sam Russell's hands before the referee's whistle went.

Notts returned to the field unchanged and 10 minutes after the restart, Brisley was retrospectively punished with a yellow card for tripping a Grimsby player as the home side countered.

Chances were proving few and far between but Stead was almost presented with a gift by Sam Russell with 67 minutes on the clock. The home keeper tried to play his way out of trouble but tripped over the ball, allowing Stead to nip in. Somehow, the keeper recovered in time to sprawl at the forward's feet to recover the ball.

And it proved to be a big moment in the match as, moments later, the hosts restored parity from the penalty spot. Rose made no mistake from 12 yards after Ward had bundled Vernam over in the area.

Stead tried to issue an immediate response, rocketing a half-volley goalwards on the spin from just outside the area. Russell did well to hold on.

The match had well and truly opened up and Thomas was inches away from turning the score on its head when he latched on to a ball over the top and clipped the crossbar with a well-struck effort.

Kewell marked his first game with a booking on 76 minutes following an altercation with Grimsby assistant manager Anthony Limberick, whose name was also taken by referee Tom Nield.

With tensions heightened, Dennis drew a good save from Russell after receiving a cute ball from Hewitt. Notts couldn't make the resultant corner count.

It looked like the match was destined for penalties but, after Fitzsimons had made a superb save to deny Mariners sub Ahkeem Rose, the keeper was beaten when Hessenthaler bundled the ball home from the resultant corner.

Six minutes were added on at the end of the match but the Magpies were unable to find an equaliser.

The Magpies kick off their group stage with a trip to Blundell Park and prices for the match are as follows:

This is a pay-on-the-night match.

There will be no official away travel for this fixture.