The Magpies face Yeovil Town in the penultimate home game of their season this weekend.

But, despite there only being three matches to go, Nolan insists the standings are yet to tell the full story.

"We could move up and down the play-off places or we could sneak into third if we win all three and others slip up.

"There are so many outcomes there’s no point looking at it. All we’ve got to do is keep winning because we want to finish the season as strongly as we started it.” 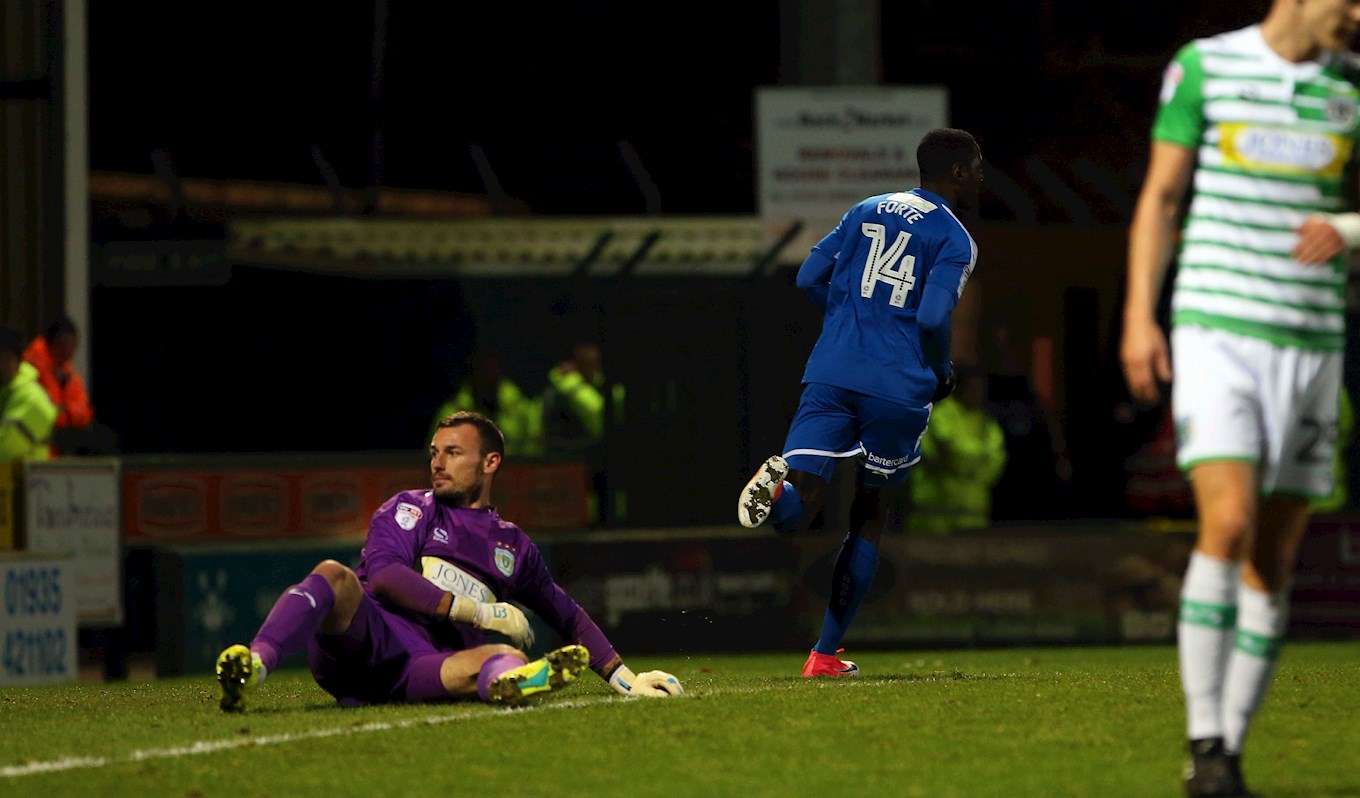 Jonathan Forte wheels away after scoring in the reverse fixture

Yeovil look set to comfortably retain their EFL status this season but Nolan doesn't expect the Glovers to be in 'holiday mode' this weekend.

“It’s going to be tough," said the boss. "We look forward to what is going to be another good game - and hopefully a winning one.

"They're a professional side but I'm sure they’ll enjoy it with the shackles off.

"We were in that situation last year and it felt so much easier because there was no pressure to go and do anything.”