Shola Ameobi says the "nerves and excitement" are back ahead of Notts' first pre-season friendly of the summer.

Kevin Nolan's side face a Rolls Royce Leisure Select XI at 3pm as they begin their match preparations for the 2017-18 campaign and the manager's former Newcastle team-mate can't wait to be out on the pitch again.

"That's what you do all of the hard work for - to play the games," said Ameobi. "You get the nerves and excitement back and want to see where we are at as a team.

"We are buzzing to get out there - not least because it will stop us from doing a bit more running!" 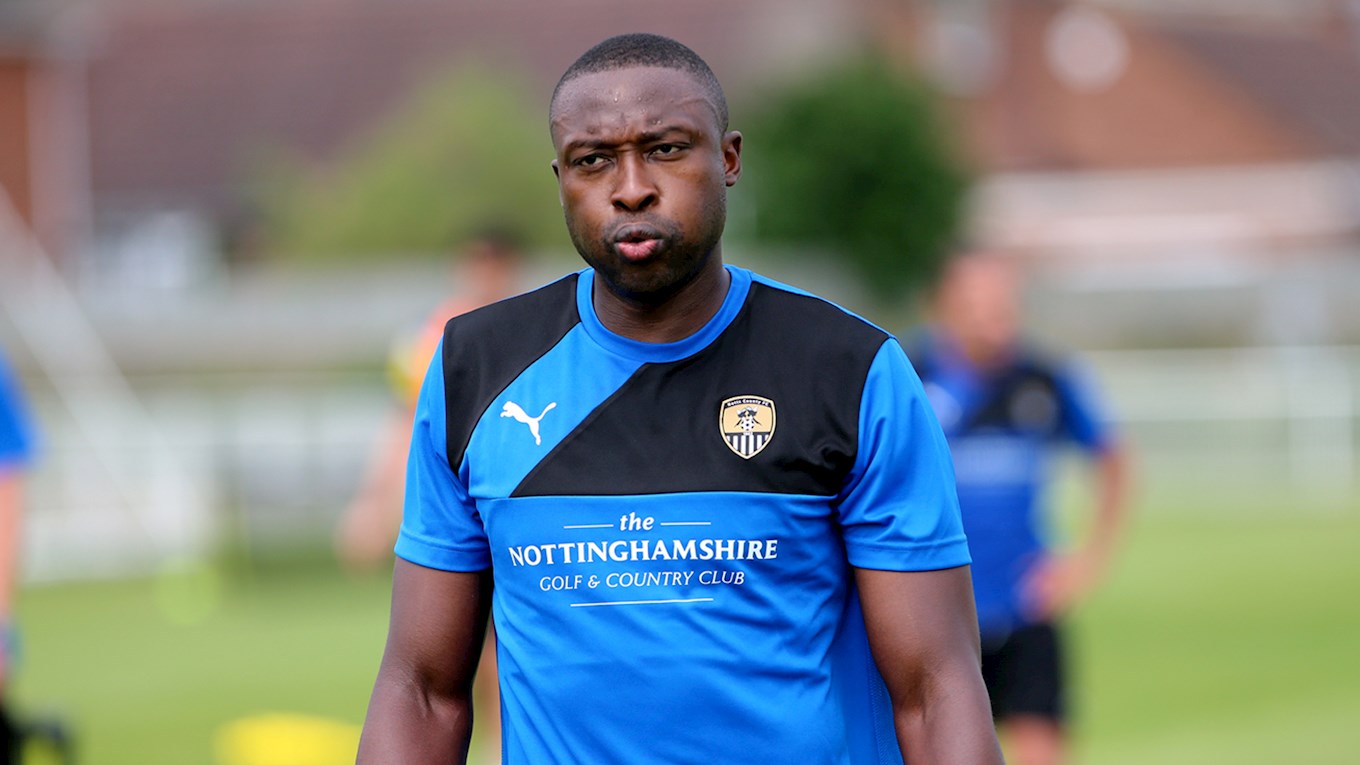 The veteran frontman says he enjoyed his time off but has been putting in the groundwork to ensure he arrived back at Meadow Lane in good condition, taking on board the changes to pre-season he has seen over the course of his lengthy career.

"For me, it's a full-year thing so I will have one week off at the end of the season and then it is back to it. I do a lot of work to ensure my body is ready for the start of pre-season.

"I was doing 2km swims in the pool everyday to keep the breathing going and the body in shape. I would also go to the gym afterwards to do a lot of core and stability work. I do it all year round anyway and a lot of the lads are the same - they have come back in great shape.

"It's not like when I started out where you would do nothing for six weeks and then use pre-season to get fit.

"Nowadays it's about maintaining the base you have set for yourself and the fitter you are coming into pre-season the better you're going to be when the season starts.

"People understand their body more with the advancements in things like sports science, which is massive within football now.

"We have people here to guide us in terms of fitness and nutrition which is something that has definitely changed in the last 20 years," he added.