We make the trip to Hartlepool on Saturday as we seek three points from the first game of a busy week.

After our visit to Victoria Park, we head to the north-west for our rearranged fixture against AFC Fylde on Tuesday night before hosting Aveley in a Buildbase FA Trophy quarter-final next weekend.

Results so far in February have kept us fighting on all fronts and we’ll look to go one better than our draw with Woking last time out.

We’ve lost just once in 13 games in all competitions and hope to keep that form going on the North Sea coast to hold on to our spot in the play-offs.

Hartlepool have their sights set on the top seven themselves. Although they’re 12th, they’re only four points adrift coming into this weekend and have lost just twice in 2020.

Their game fell foul to the rain last week so they’ve had extra time to prepare and should be well rested ahead of our visit.

“We’re in a period of games that could mean we push towards our aim, which is a spot in the top three, but get it wrong and the play-offs could be a distant memory.

“Saturday’s game will be completely different to November’s meeting. They did a job on us last time by counter-attacking but I expect them to take the game to us this weekend.

“Dave Challinor has got them going and they’re playing brave, rotational football and will get numbers into our half.

“We’ll have to be very good without the ball to get anything.” 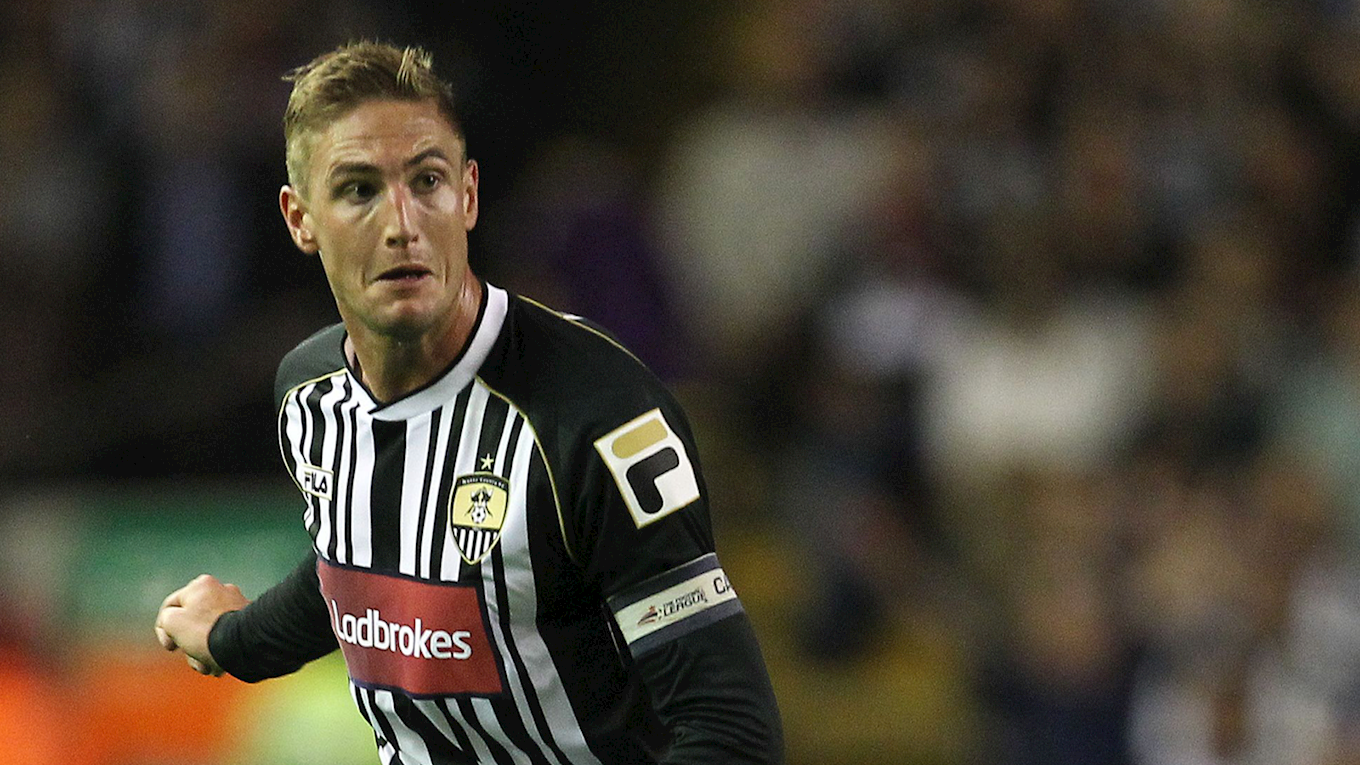 "I’ve always enjoyed coming up against Notts County. I love that club and I always look out for them.

"My time there was probably the most successful of my career. In my first season I picked up four Player of the Year awards and broke Pedro Richards’ 30-year record of playing every minute of every game.

"I captained the club at Anfield, walking out with Steven Gerrard beside me, and it was an honour to be voted in their team of the decade recently, too.

"They’re a massive club and, like Hartlepool, they don’t deserve to be where they are.

"But as cliched as it is, sentiments go out of the window on Saturday. I’ll certainly be hoping to get one over on them." 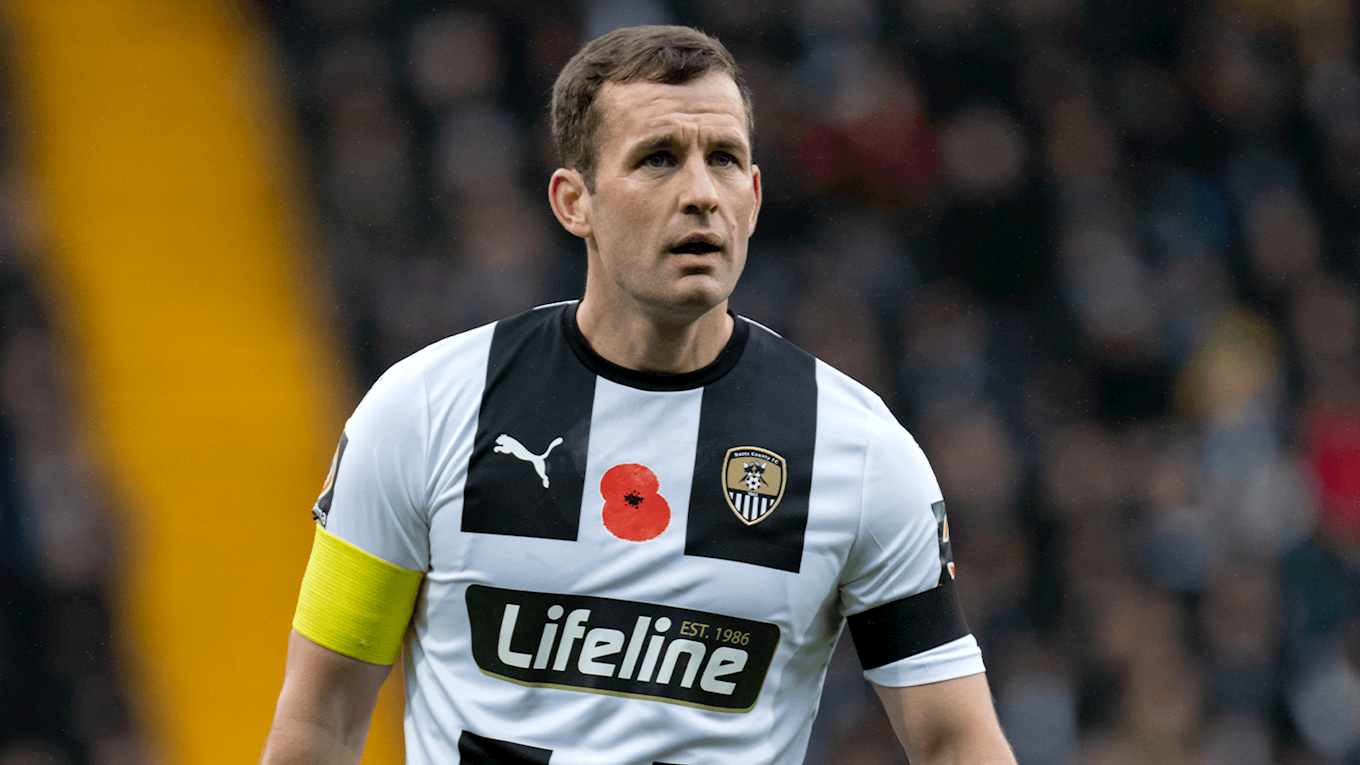 We welcome Michael Doyle back from suspension this weekend after serving his three-game ban.

Alex Lacey could be in contention to return to the squad after missing out last week, while new boy Adam Long will hope to make his debut after signing on Thursday.

For Pools, Gavan Holohan is back in contention after serving a one-game suspension and the midfielder will be hoping for an instant return to the starting XI.

We’ll be seeking a third consecutive win at Victoria Park after this season’s reverse fixture ended level thanks to our two-goal comeback.

Holohan and James gave the visitors what looked like a comfortable advantage but Thomas’ brace made sure we earned a share of the points in November.

Two opportunistic Nicky Featherstone strikes won Pools the points as we slipped to a disappointing 2-0 defeat at Victoria Park.

On yet another stormy day we were never really at the races and could probably have counted ourselves fortunate to have gone into the break level.

And within minutes of the restart Featherstone opened the scoring with a ball into the area which caught out Joe McDonnell, before he doubled his side's lead in similar style from a free-kick.

Despite the defeat, we hung on to seventh place and go into Tuesday night's National League trip to Fylde determined to secure victory.

Neal Ardley made two changes to the side that drew with Woking last weekend as Wigan loanee Adam Long was given his debut at the expense of the bench-bound Pierce Bird.

That meant Dion Kelly-Evans continued at left back with Joel Bagan waiting in the wings to make his Magpies bow.

The wind was swirling around Victoria Park and on two minutes it perhaps played a factor in Doyle underhitting a pass out wide to Roberts, which presented Mark Kitching with the opportunity to race forward with the ball from the left wing-back position.

He cut the ball low into the box for Gime Toure, who's low effort was brilliantly saved by the foot of McDonnell. The danger wasn't over, though, as the rebound came to Featherstone on the edge of the area. He could only blaze the ball over as we breathed an early sigh of relief.

Pools spurned another good chance to take the lead moments later, again benefitting from a misplaced pass, this time from McDonnell, as we looked to play it out from the back.

Luke Molyneux was the recipient this time, curling an effort goalwards from 20 yards only for McDonnell to claim the ball at the second attempt.

We were finding life difficult and McDonnell was called into action once again on 17 minutes, diving to his right to hang on to Mark Shelton's header.

Our first opportunity came on 28 minutes courtesy of some good hassling from Wootton, who robbed Kitching of the ball inside the Pools area before firing it over from a narrow angle.

That provoked Pools into launching another wave of pressure as Long was forced to make a vital intervention, diverting a low shot behind for a corner which presented Timi Odusina with the chance to nod the ball just wide of the post.

Long made another block in the area and a Pools man sent a weak effort at McDonnell on the rebound as our hosts continued to look the more likely team to break the deadlock.

But, shortly after Shelton had fired a long-range effort over, our brightest moment of the half came from Cal Roberts as he wriggled his way past several defenders before angling a shot towards the bottom corner from the edge of the area. Ben Killip got down to his left to make the save.

Ardley had shuffled his pack around towards the end of the half in a bid to gain more control of the game and he felt a more permanent change was needed when the half-time whistle blew, sending O'Brien on for Kristian Dennis as we switched to a three-man central midfield.

But the second half got off to the nightmare start as Featherstone's 47th-minute cross-shot was misjudged by McDonnell, who got a hand to the ball but was unable to prevent it from nestling in the back of his net.

Richard Brindley and Dion Kelly-Evans were both off-target with shots from outside the area as we sought a speedy response on the North Sea coast.

But nothing was going right for us as, just before the hour, Featherstone doubled his team's advantage with another cross-shot from the left - this time in the shape of a free-kick. The ball evaded everyone in the middle and found the far corner of the net.

We huffed and puffed as the clock ticked down but our hosts' defence looked comfortable, and Ardley saw fit to make two further changes with 10 minutes to play as Roberts and Rose made way for Sam Osborne and Tom Crawford.

But it could have been all over minutes later when Macauley Southam-Hales burst down the right and into the box before dragging a low shot wide of the far post.

Brindley saw an effort blocked inside the area as time continued to slip away and a heavy rain shower blew over the Vic, further dampening what was proving to be a very poor afternoon.

We were given four additional minutes in which to mount a dramatic comeback, the first of which saw Doyle send a speculative effort straight at Killip.

O'Brien saw an effort deflected on to the roof of Pools' net, too, but that was the closest we'd come to a consolation.

Tickets for our trip to Hartlepool United on Saturday 22 February (kick-off 3pm) will remain on sale from Meadow Lane until 4pm on Friday.

Away tickets will be available on the day from 10am in Hartlepool's main ticket office, which accepts cash and card payments, or from approximately 2pm at turnstile two, where you must pay in cash.

Our supporters will be seated in the Smith & Graham Stand.

Tickets can be purchased online by clicking here.

Ambulant disabled and wheelchair tickets are sold at the appropriate price as above and a free carer ticket will be issued for those in receipt of high-rate Disability Living Allowance/enhanced rate PIP (entitlement letter must be shown).

These tickets must be purchased in advance from our ticket office and are not available online.