A closely-contested match at Stockport's Edgeley Park ended goalless as Cal Roberts made his return off the bench.

The winger joined the action late in the second half after witnessing a big one-on-one save from Luke Pilling - who also made an excellent save in second-half stoppage time - and a defiant goalline clearance as the hosts knocked on the door for an opener.

Clear-cut chances proved hard to come by at the other end but Jordan Barnett went close with a cross-shot and Connell Rawlinson saw a header well saved on an evening when either team could have knicked it.

Neal Ardley made three changes to the side that suffered a disappointing defeat against Chesterfield on Saturday – and there was an exciting inclusion among his substitutes, too, as Roberts was named in a squad for the first time since November.

Matty Wolfe was also handed his first league start, lining up alongside skipper Michael Doyle in the absence of the injured Jake Reeves.

Jim O’Brien returned to the starting line-up too, slotting in at left-midfield in front of another returnee in Jordan Barnett who was suspended against the Spireites.

Those changes meant Calvin Miller and Elisha Sam had to settle for a place on the bench alongside Roberts, Ben Turner and Jimmy Knowles.

Wind and rain was swirling around Edgeley Park and the conditions didn’t prove to be condusive to a free-flowing first half, with Barnett’s miscued long-range effort on 11 minutes, which flew harmlessly wide, a sign of things to come in terms of goalmouth action.

The biggest talking point of the half came on 28 minutes when the hosts had the ball in the net through Harvey Gilmour, who pounced on Pilling’s parry to nudge the ball home before leading his team-mates into the corner to celebrate. They were greeted there, however, by the assistant referee with his flag raised for offside.

Our response came from Doyle just before the break, the Irishman fizzing a 20-yard effort a yard or so over the bar after Ruben Rodrigues had nodded the ball his way.

There were no changes at half-time and the first opportunity of the second period fell to us when Rodrigues whipped a corner into the middle only to see it nodded over.

A minute later, a sloppy pass from Dion Kelly-Evans allowed the hosts to play Alex Reid through one-on-one with Pilling but the keeper stood firm to make a strong save and deny what looked like a certain goal.

There was another nervy moment shortly afterwards when a scramble of bodies in the area following a Stockport corner resulted in the ball being blocked on the line and cleared to safety.

It was proving to be a much more action-packed half as Barnett then came close to putting us ahead in fortuitous fashion when his cross-shot landed on the roof of the net after threatening to nestle in the top corner.

Stockport keeper Ben Hinchcliffe had his heart in his mouth once again moments later when a ball into the box bounced up off the slick turf and headed dangerously towards his far corner. The keeper managed to get a hand to the ball to turn it wide and he was in action again from the subsequent corner, getting down low to save Rawlinson’s back-post header.

Boldewijn cut in from the right and saw a low shot blocked moments before, at the other end, Sam Dalby drove an effort just wide of Pilling’s post.

Our keeper was called into action again on 77 minutes when he held on to Liam Hogan’s effort moments before Ardley made his first changes of the night with Roberts and Knowles replacing Rodrigues and Wolfe.

But it was Pilling who would have the greatest impact late on, diving to his right to tip John Rooney’s free-kick wide in the first of three added minutes to ensure we left with a point.


Elisha Sam scored an incredible goal as we beat Oxford City in the quarter-finals of the Buildbase FA Trophy. 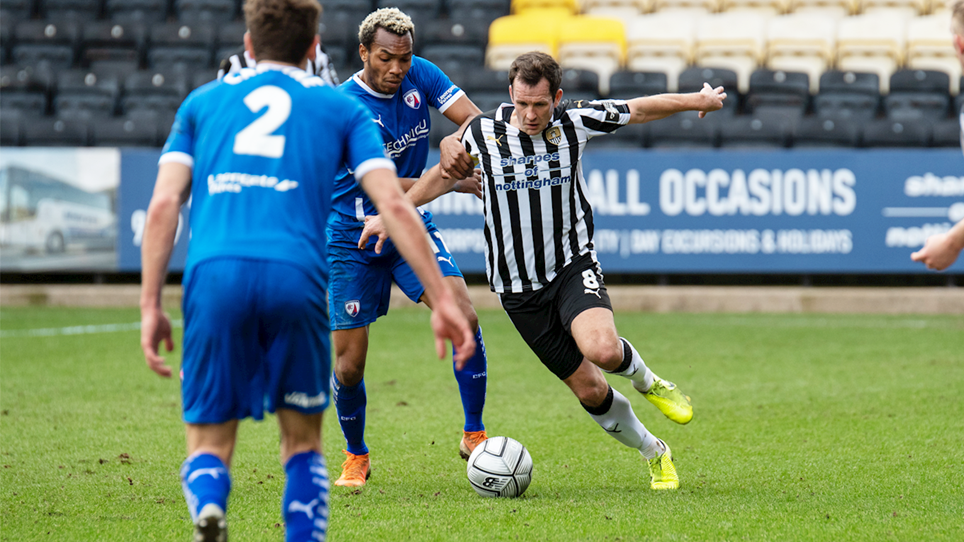 
Gavin Gunning's first-half free-kick was enough to see our four-match winning run come to an end. 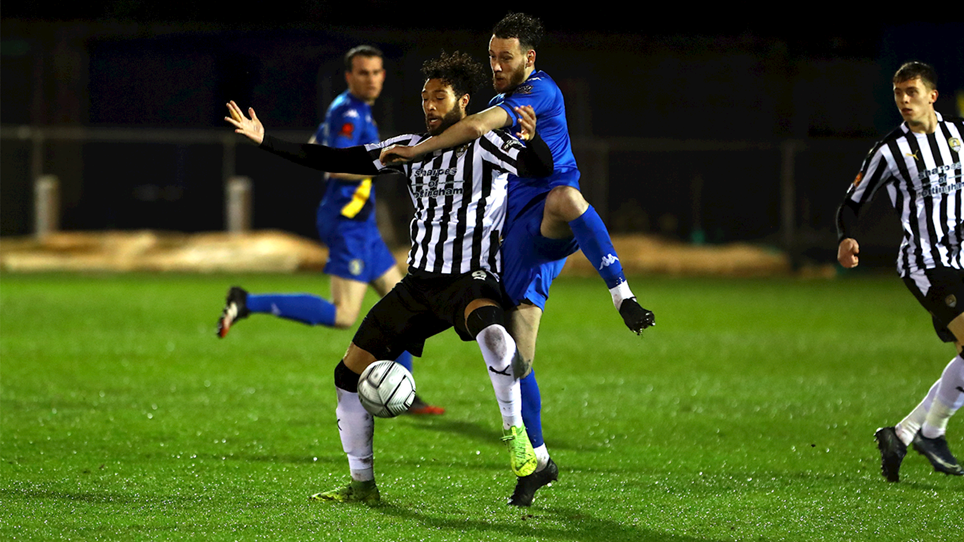 
An incredible second-half strike from Jake Reeves was enough to win a closely-contested away match at King's Lynn Town.


Against all the odds, we made it four consecutive wins as Michael Doyle led us to an incredible victory from between the sticks.