The manager prepares to take on the Ravens.

Neal Ardley is pleased with the way the team are grinding out results at the minute but is keen to see a more consistent cutting edge from his side.

The boss has guided us to back-to-back wins, as well as a closely-contested draw against league leaders Torquay, without conceding a goal ahead of this evening’s visit of Bromley.

And, while winning is ultimately all that matters, Ardley would like more from his players in the final third.

“I think between the boxes we’re doing a lot of things right, we really are,” said the boss. “It’s the same in our box, too, as recent scorelines suggest.

“I just think, if we’re being over-critical, the final piece of the jigsaw is to score more goals more consistently.

“We know we’ve got that in us and we’re getting ourselves in so many good situations. If you go back through the last few games we could have scored 10, 12 or 14 goals – but that’s football.

“Conviction, the final pass and composure at the right time are always the hardest things to achieve but they will come from confidence.” 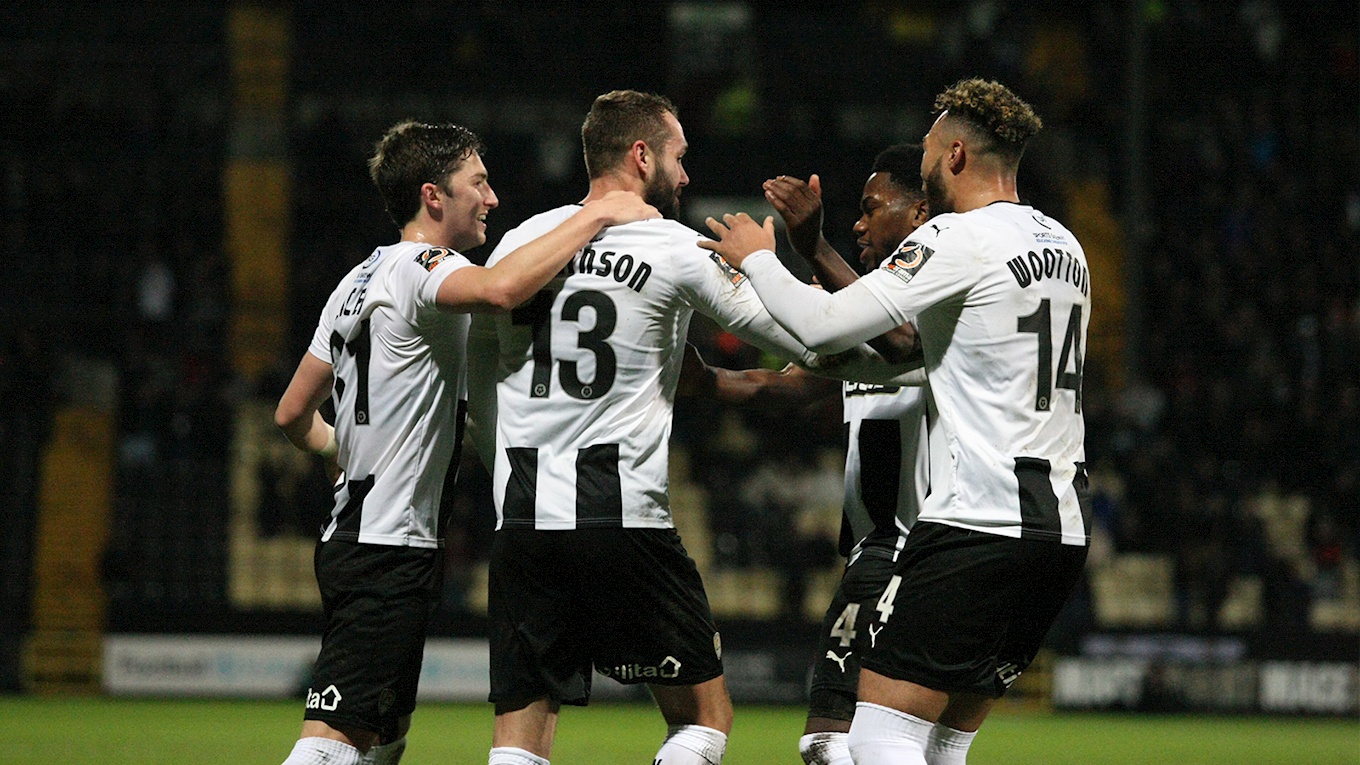 Tonight will only be Bromley’s seventh away trip of the season, with the Ravens yet to taste defeat on their travels having picked up four wins and two draws.

And Ardley is expecting a similarly difficult test to the one we passed at Meadow Lane last year.

“It was backs against the wall with us really having to graft to win the game,” recalled Ardely. “They’re a very big and powerful team, and Neil Smith has them working incredibly hard.

“They’ve lost a couple of players to injury lately – Chris Bush and Liam Trotter – and they look like they’ve had to mix and match things, but they got a good 2-0 win against Aldershot on Saturday.

“As always, don’t expect anything other than a tough game. They’ll ask questions of us, turn it in behind us and not give us a minute to settle.

“We’re going to have to earn it by defending our set pieces properly and working as hard – if not harder than – the opposition. Then, hopefully, our quality can shine through.”