Having claimed winners against Fylde and Solihull, braces against Chorley, Woking and Hartlepool, and openers against Sutton and Bromley, Wes Thomas has scored some important goals this season.

In fact, we’ve not lost a game in which he’s found the target.

His 10 strikes during the campaign rank him behind only Kyle Wootton and Kristian Dennis in our standings, and he’ll be the first to acknowledge he could have plenty more.

Thomas, who turned 33 in January, admits he could have recorded double his current tally by this point had he not squandered some good opportunities.

However, these days he’s not one to let missed chances play on his mind.

“I used to really struggle with dwelling on missed opportunities and it was something I spoke to a psychologist about,” Thomas told the Mag earlier this season.

“When things were going well for me, I would feel like nothing could stop me and I could do anything.

“But the minute something went badly, it was a downward spiral of me thinking one thing after the next would go wrong.

“Then I’d have low confidence and a terrible game.

“I needed to clear my mind and not dwell on something that had happened previously and focus on the next opportunity to come instead.

“That’s something I worked on and it’s how I think about things now. 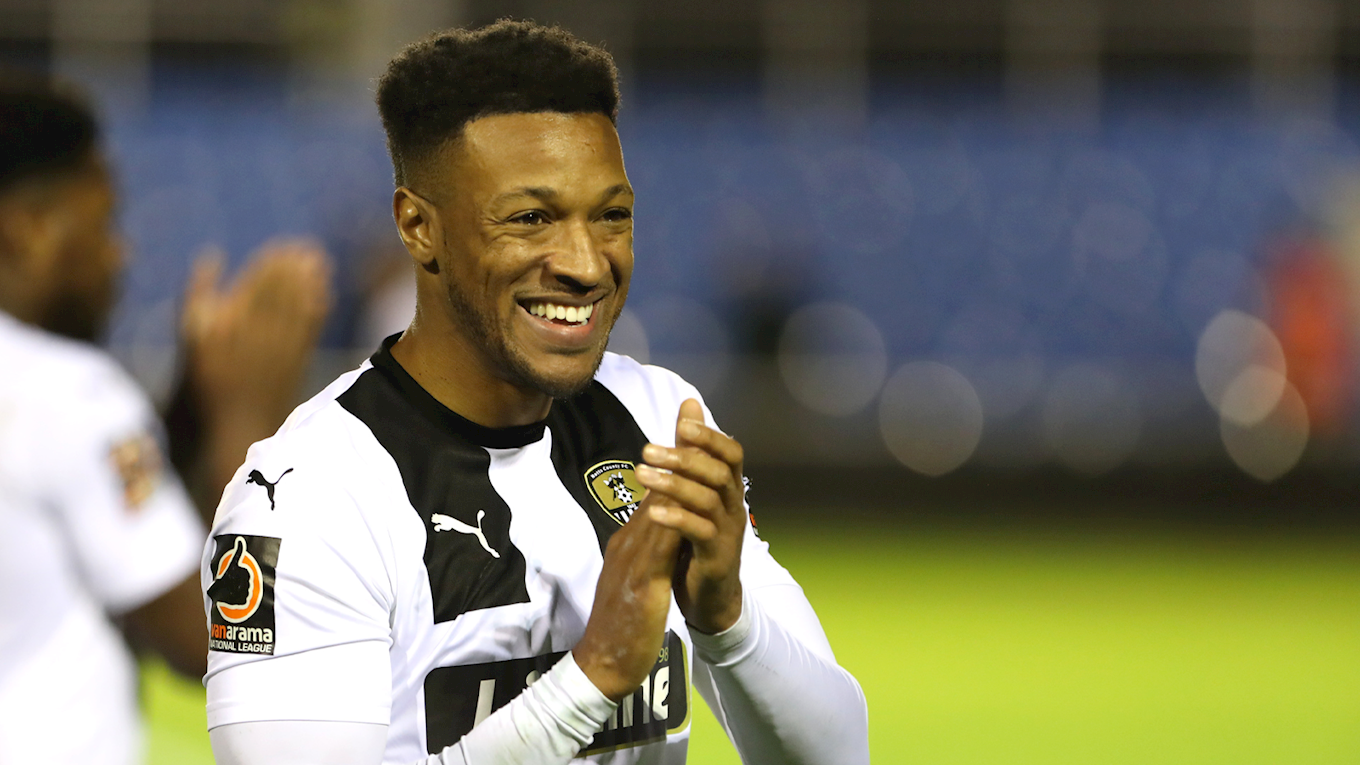 The processes Thomas goes through now form part of his pre-match routine.

“I’ve worked on methods to clear my mind and put disappointments behind me,” he continued.

“I do some meditation before a game and say certain words to myself to ensure my focus is on what’s to come.

“It’s about trying to do the right things and not getting frustrated about what has happened previously.” 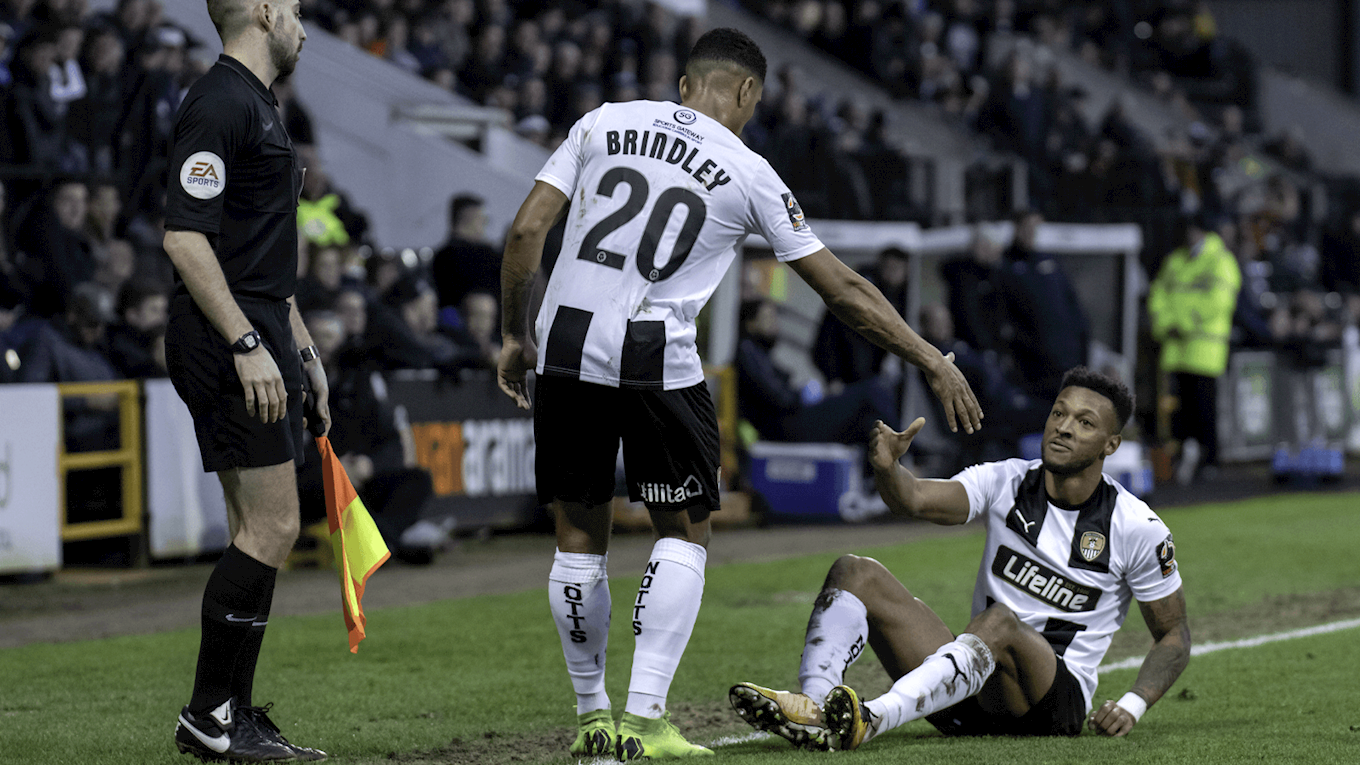 Now he has a belief that if he keeps working hard, he’ll get his just desserts.

And his troubles in the past help the striker to keep his head high when he’s going through a rough patch.

“The experience of having been through spells without scoring helps you keep the belief that if you do the right things the opportunities will come,” explained Thomas.

“It’s easy to get demotivated when things aren’t going your way and then you might stop making those runs, but then the perfect ball comes and you’re not there for it.

“That’s something that would happen earlier in my career when I was struggling with confidence, and it would get pointed out to me.

“Now I know it’s about getting yourself into positions and working hard. You do it and hope the ball will fall to you at that particular time.

“It may not happen like that but you have to keep going because, if you do, the opportunities will come and I have faith that I’ll score goals.” 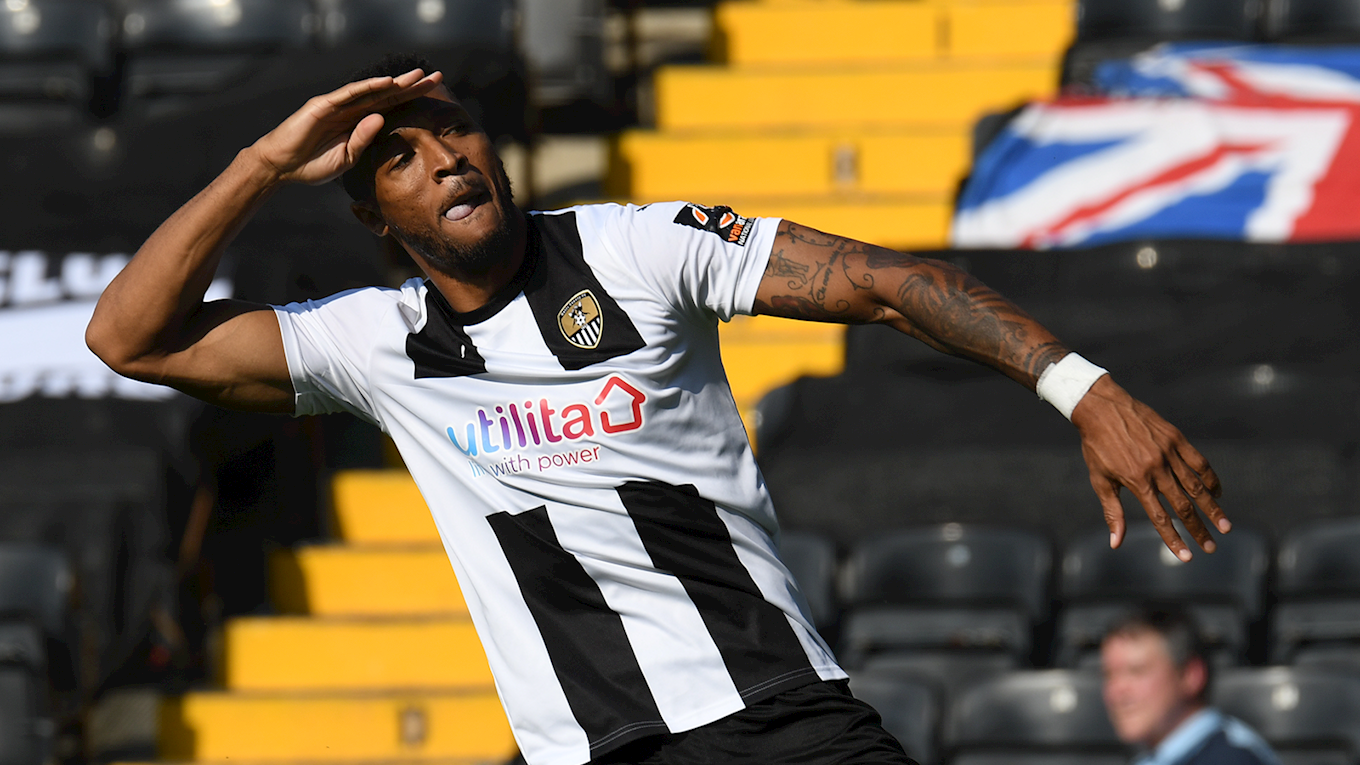 The mindset he now has was clear to see when we came from two behind to draw with Hartlepool in November, when he chased down a lost cause and put his body in where it hurts to get us back in the game.

“It would have been easier for me not to run after the ball because I was at a disadvantage," recalled Thomas. "But you don’t know if someone will slip.

“I put the effort in and I was able to get there and touch the ball beyond the keeper.” 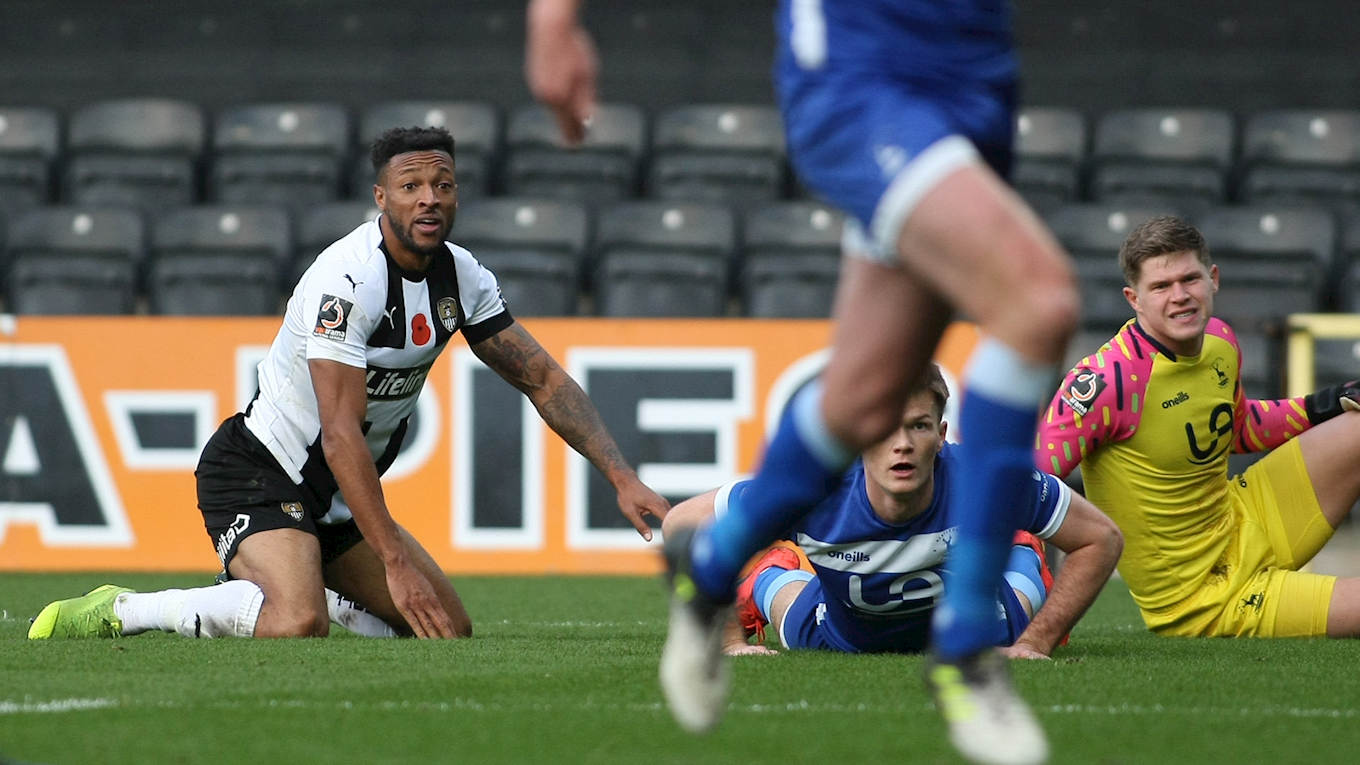 But he doesn’t judge himself solely on his goal tally and is pleased to have laid them on for his team-mates, too.

“My game is more than just goals,” he stated. “I don’t look at myself and think if I haven’t scored I’ve had no effect on the match.

“Assisting is another side of that and it’s pleasing to have an impact in that sense.

“Playing alongside someone like Kyle gives me freedom because I can drift, come short or go in behind and give defenders problems.” 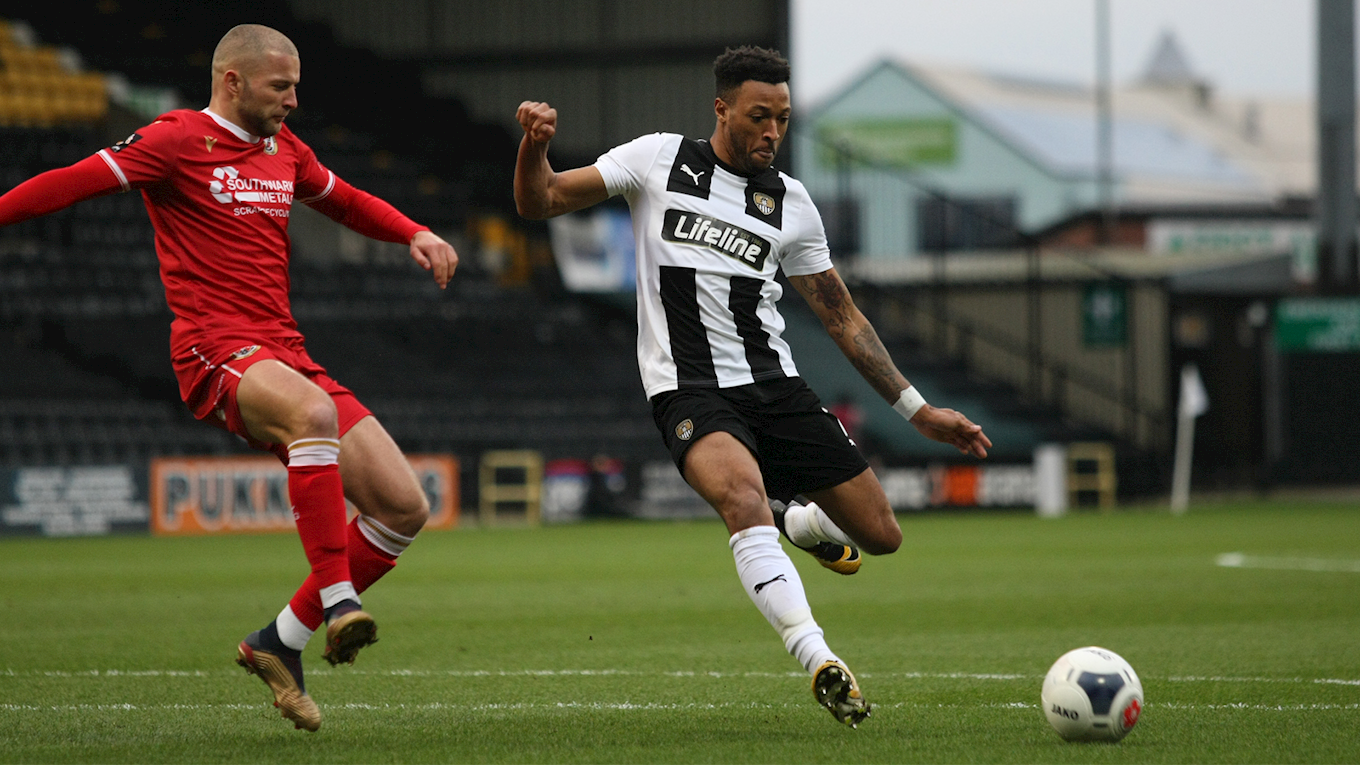 And Thomas feels we have the right mentality in the squad to handle a return to action if permitted this season.

“We have that ‘never say die’ attitude,” he said.

“Things won’t always go our way but fans can see that we’ll give our all for the 90 minutes we’re on the pitch.

“We have a really driven, determined squad and who want standards to stay high, so you’ll get a telling if they slip.

“I want to do well so I put pressure on myself and I knew coming to this massive club would lead to that expectation – that suits me."