The BT Sport cameras are at Meadow Lane on Saturday as we host Chesterfield in a 5.20pm kick-off.

We’ll be hoping it’s third time lucky in a live game this season as we look to get our own back on the Spireites for the defeat at the Proact Stadium in our televised October meeting.

We did beat them in the first round of the Buildbase FA Trophy, though, and will hope for a repeat this weekend to cement our spot in the play-offs.

We slipped to seventh with defeat at Dagenham and Redbridge last week but we’ve lost only once at home since 10 August, and only three times in the league since our reverse at Chesterfield in October.

They’ll want the points to aid their battle against the drop. The Spireites are fourth from bottom ahead of the weekend’s action but could climb out of the dropzone if results go their way.

Following John Sheridan’s exit in early January, John Pemberton has taken caretaker charge and has Chesterfield on a three-match unbeaten run, and they’ve only conceded one goal in that time.

There are high stakes so it looks set to be a tasty tea-time derby clash at the Lane!

“We were nine games unbeaten and it’s only one defeat so we have to remember that and not have a full inquest, but we’ve got to avoid brushing it under the carpet, too.

“I expect the team to go out and perform for each other because we’re desperate to cement a place in the play-offs and one defeat can leave us in mid-table.

“John’s done a great job and got them going. Sometimes a new manager with different thinking helps freshen things up and I think they’ll get out of it.

“They’re a lot harder to beat and come here in good form so I expect it to be tight but if we do our jobs like we did for nine matches prior to Saturday, Chesterfield will be in for a tough game.” 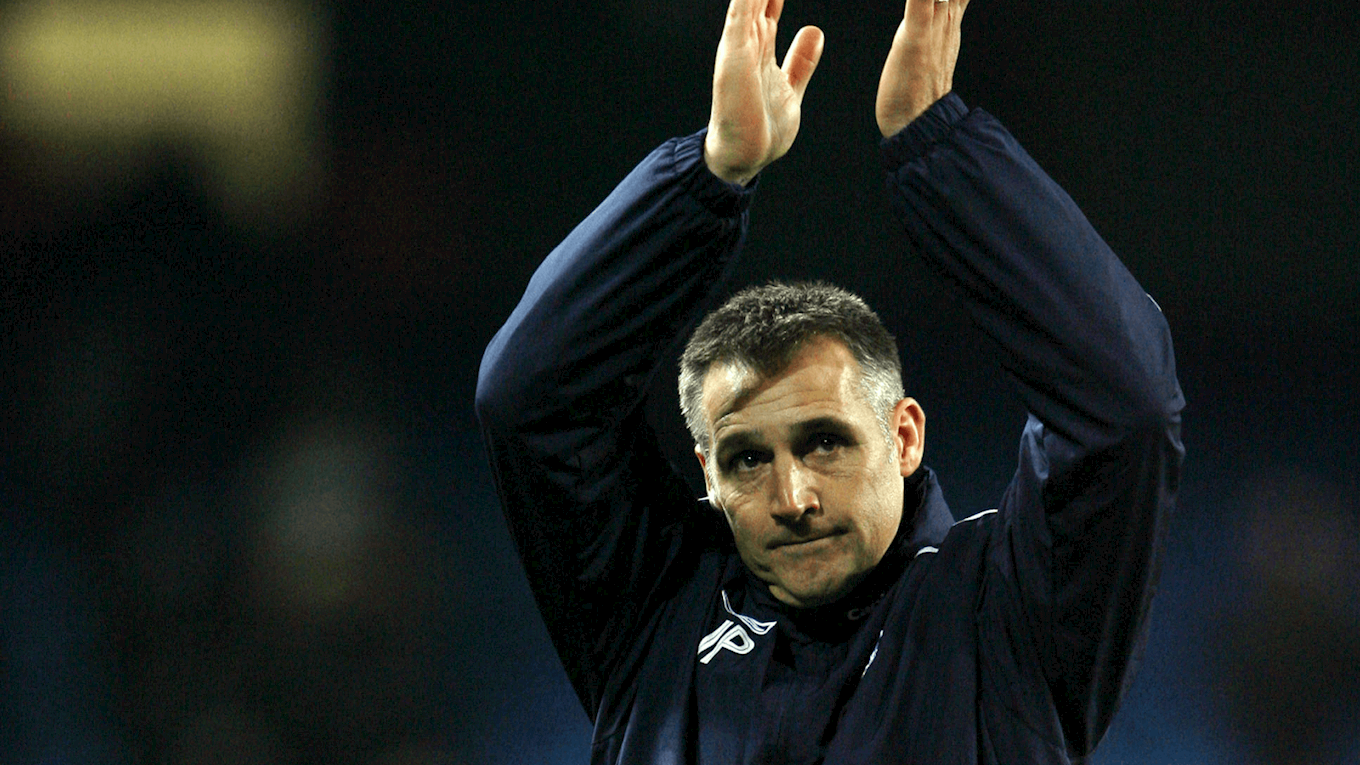 “Notts County are a good side, they do what they do very well and they’ve got some good players.

"It will be a tough game with a good atmosphere and hopefully we will take a few fans down.

“The games have all got pressure because of where we are. There are going to be twists and turns right up to the end of the season so we’re not really looking elsewhere, we’re focused on us.

"If we win, everyone else is under pressure."

We’ve been hit by injuries of late, with Damien McCrory and Zoumana Bakayogo both doubtful and Ardley short of options at left back, but Dion Kelly-Evans has trained all week and could fill in.

Ross Fitzsimons looks set to continue in goal as we wait to learn the length of Sam Slocombe’s absence, while Michael Doyle serves the first game of his three-match suspension.

Chesterfield won’t be able to select Nathan Tyson as per the terms of his loan, so Tom Denton and Scott Boden are likely to continue up front with Mike Fondop suspended.

Our former player Haydn Hollis is likely to line up as part of a central defensive trio if Pemberton retains the same shape as he has in recent weeks.

We’ve both won 1-0 at the Proact this season with Gevaro Nepomuceno settling the reverse league fixture and Kristian Dennis’ strike on his old stomping ground enough to earn us the win in the FA Trophy.

A Jorge Grant brace ensured we won the last league meeting at Meadow Lane back in August 2017.

He will be in the Broken Wheelbarrow from 4.45pm and situated in the Derek Pavis Stand during the game, wearing a high-visibility jacket to make him easy to spot.