The 31-year-old was most recently with Bristol Rovers, having joined them in July 2017, and has made just shy of 200 Football League appearances following his professional debut in September 2009.

And after completing his move on Thursday, the keeper says he is excited to be part of the rebuilding process at Meadow Lane.

“It’s a great opportunity,” said Slocombe. “It’s a fantastic club with great infrastructure and history in a league that is difficult to get out of, but it’s a great chance for Notts County to take a step forward.

“Sometimes the backward steps, despite being not very nice to go through, can help build a platform to go on to the next level and that’s what I hope I can do as a player and we can do as a club with the squad that is put together.

“I’m hungry for the start of the season after not playing as much as I’d have liked to last year – I want to make a statement personally and hopefully we do that as a club, too.

“I’ve been training with Scunthorpe and Grimsby so I’ve had a full pre-season and I’m sure everyone else coming in has had the same and will be raring to go – it’ll just be a case of gelling together as a squad.” 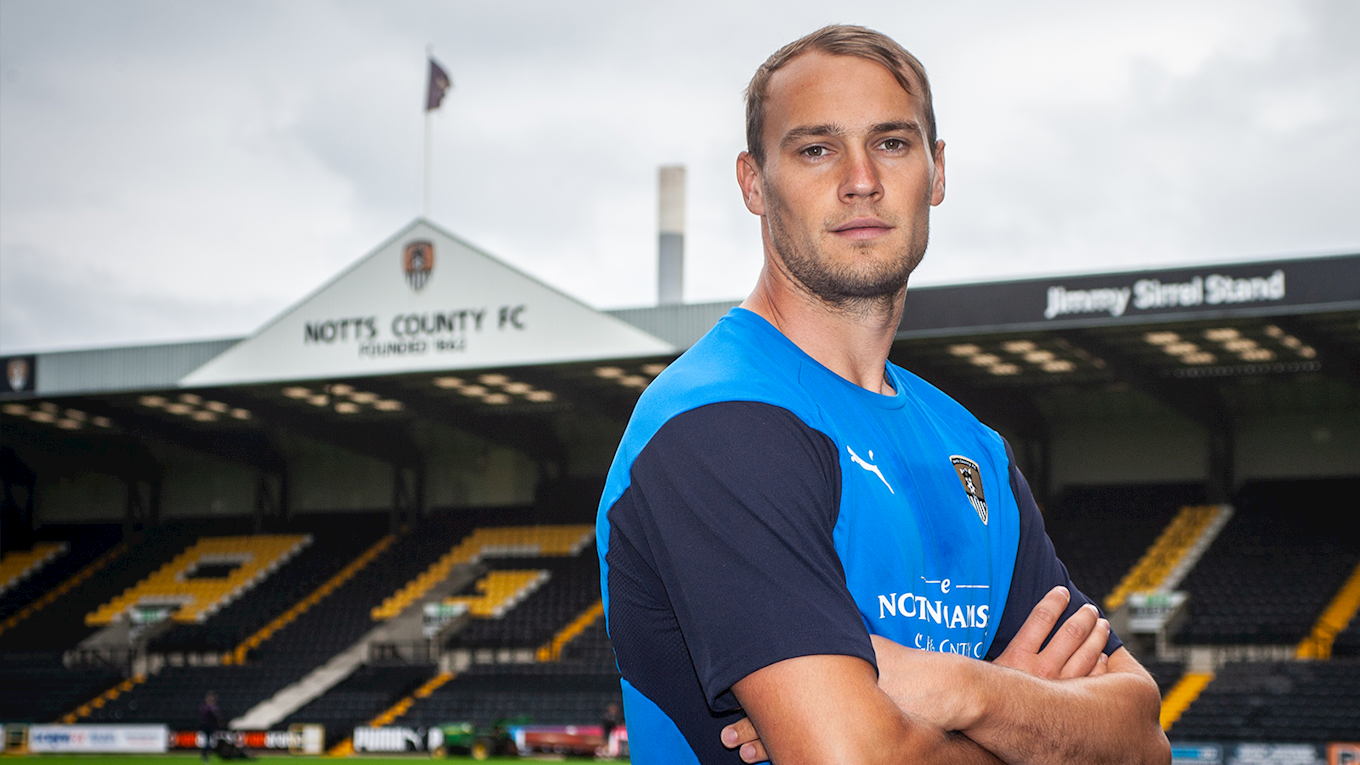 Slocombe started his career at hometown club Scunthorpe and represented them in the Championship, League One and League Two before his departure in 2015.

From there he joined Oxford United and made 23 league appearances as the U’s earned promotion out of the fourth tier.

He joined Blackpool at the end of that campaign and went on to secure a second consecutive promotion from League Two, playing in a 2-1 win at Wembley in the play-off final.

Bristol Rovers snapped Slocombe up in July 2017 and he turned out 27 times in his first season at the Memorial Stadium, before joining Lincoln City on loan for the first half of the following campaign.