Jon Stead said Notts County’s 2-1 win against Carlisle United was exactly what the team needed after a "difficult period".

The striker scored twice against the Cumbrians to give Notts a perfect response to their 1-0 defeat at Barnet last Saturday.

And the veteran was full of praise for the squad for the character they showed in holding on for a vital three points.

"A few lads have been feeling under the weather but we did what we needed to do, which was to get the three points and get back on track,” he said.

"With the demands we put on each other as players, we knew we were miles off it against Barnet and we were very disappointed with the way things went and we had to put things right. It's been a difficult period for us but we ground out a result.

"We got early goals and then saw it out, put bodies on the line and had some last-ditch defending which is everything you want when questions are being asked of you and you have to show a bit of character.

"I feel like we could have killed them off with a third goal and it would have made things a little bit easier but it was a battling performance and three points, which is what we needed.” 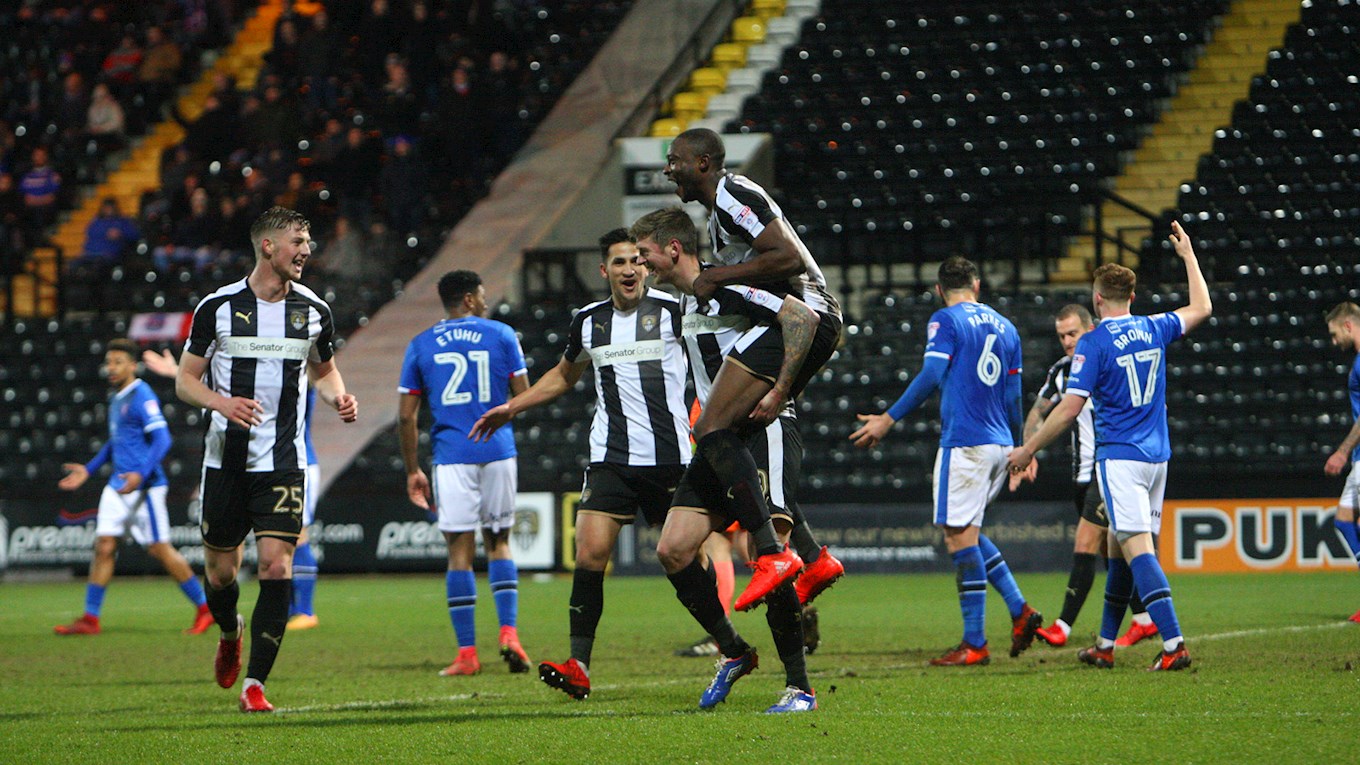 The striker’s brace took his tally for the season to 13 and his record in 2018 is eight goals in nine games and the veteran is pleased to see the goals flowing so regularly again.

"I'm pleased to get another couple of but, as I have spoken about before, it's about being in the right place at the right time and I'm trying to do that more often.

"I've still missed a good few chances which I have been disappointed with even after the turn of the year and I am still looking to improve because there are still a lot of things I need to work on.”