Kevin Nolan revealed Mason Bennett is likely to spend a number of weeks on the sidelines after picking up a hamstring problem at the weekend.

The Derby loanee limped off during the first half of Saturday's 1-0 defeat at Barnet and the manager admitted it will be a while before the attacker will make a return to first-team action.

"I'm gutted for the lad because he looked sharp in training and got a goal on his debut and then his first start," he said.

"He's going to go for a scan and then we will know more in the next 48 hours.

"We're hoping it isn't as bad as first feared but we won't be seeing him any time soon.

"He wanted to get games in and we wanted him here because of his quality but this is an opportunity for someone to step in and make themselves a real asset to the squad." 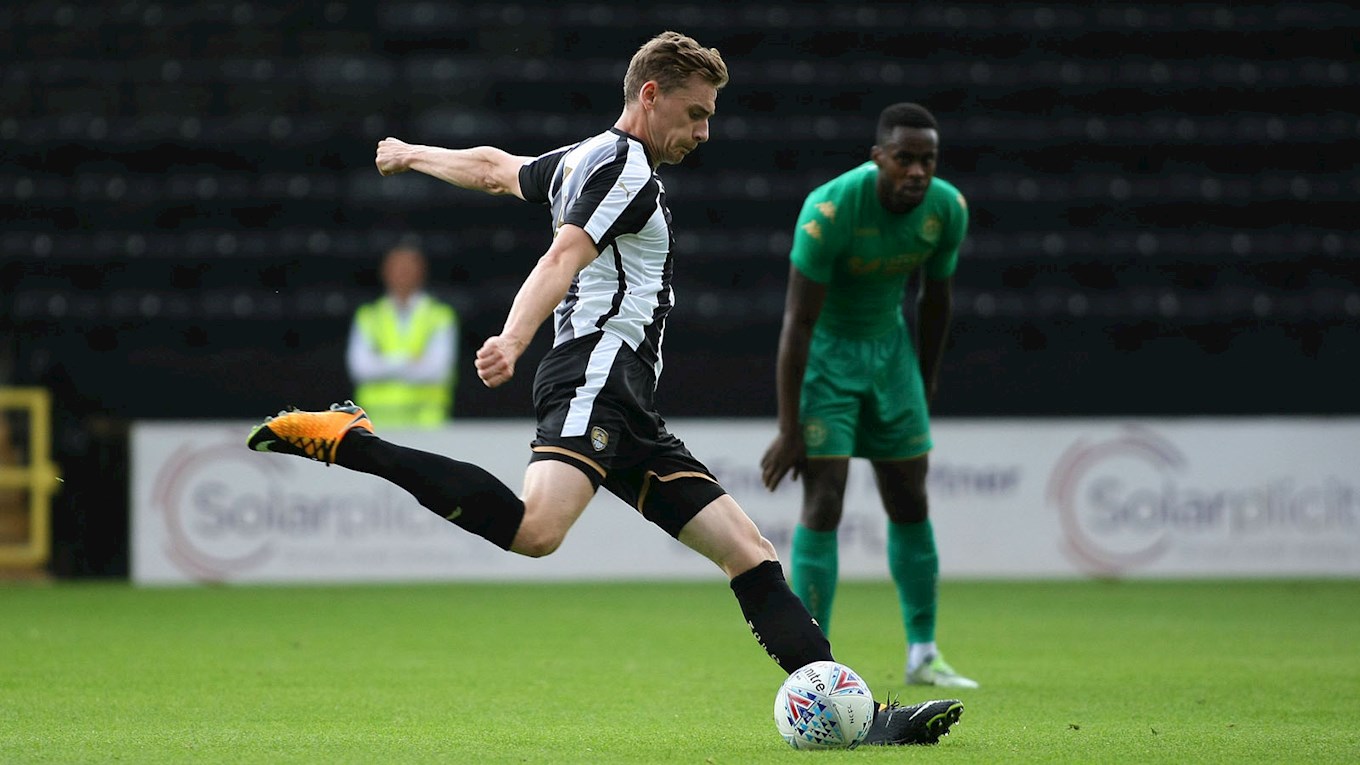 Meanwhile, Nolan was hopeful that the virus which has swept through Meadow Lane will clear up sooner rather than later.

Elliott Hewitt fell foul of the bug and missed the games against Swansea and Barnet while Alan Smith and Lewis Alessandra both sat out the trip to the Hive.

And it's not just the players who have been affected.

"I've not been feeling great myself and Richard Thomas has been the same," revealed Nolan. "The kit man, the PA and the psychologist have all had it, so it's going through the whole club at the minute.

"Every 24 hours we're getting two players back but losing another two!

"We're waiting over the next 12 hours to see whether it's just a 24-hour bug and if they'll be available to play against Carlisle.

"Elliott came through training yesterday and today but we're giving him another 24 hours to make sure he's right.

"It's unfortunate that this bug has surfaced when we're spending a lot of time with one another on the coach and at hotels.

"It's hit us harder than if we were playing Saturday-to-Saturday or at home because I would have been able to give the lads some time away from each other.

"We're hopeful we can get over it in the next week or two and have a fully-fit squad again."

Nolan also revealed that he was confident of seeing Michael O'Connor make an appearance this season.