Notts County manager Neal Ardley has spoken openly about the club's position ahead of this weekend's visit of Bury.

It’s really, really strange how similar this situation is to the one I first walked into at Wimbledon.

Back then I remember returning home on Boxing Day, sitting in the house and feeling really low. I think my comment was: ‘What have I done?!’

I’d left a secure job to join a club who had just hit the bottom of the league.

This time around, because of my experience, I’m not at that point, but there were 20-odd people back at my house in London all having a good time while Coxy and I were sitting in our half-empty house in Nottingham trying to get our head around things. We watched bits of the Macclesfield game back and a couple of Bury’s matches. You don’t switch off.

You’ve got to formulate a plan because I looked at the players’ faces after Boxing Day and they were beaten up. I went over to clap the fans at the end of the game and you could see they’re fearful that the incredible title that makes this club special is going to go. The chairman’s feeling the anxiety, too.

You go through all that and, regardless of how low I feel, I know I’ve got to be the leader here. I’ve got to think of ways to change it - to alleviate the fear. 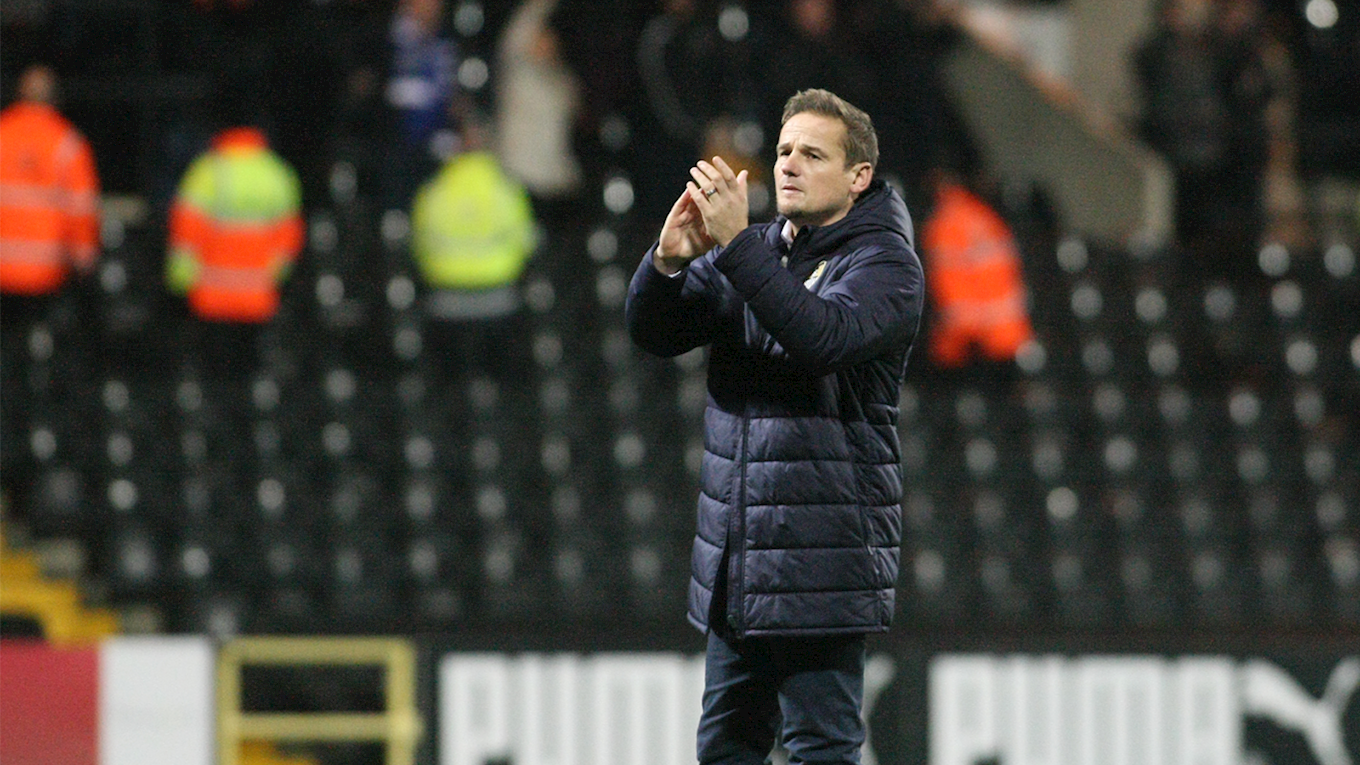 I can’t be soft on the players because they need to be better. Our supporters are looking at the team and saying: ‘That’s not good enough, boys’ - and it isn’t.

We shouldn’t have lost the Macclesfield game. Once we got back to 1-1 it was there for the players to take – but we gave it back to the opposition. It’s not about tactics or motivation. It’s basic.

The players are aware that the fans are anxious – and I don’t blame them. Some of them have supported this wonderful football club for 50/60 years and they’re fearful because they can’t do anything about this situation.

But the players can.

We actually have to embrace that pressure instead of crumbling. We need to change our mentality and turn up in the knowledge that the fans are going to be scared. We’re the ones that can – and should want – to do something about it.

I sat down in the middle of the players and told them all that. I told them to put a smile on their faces, get out there and train really, really hard.

Tomorrow we have Bury, who expect to be in the promotion push and have the players to do so.

We all need to stick together for the rest of the season. Please give the players all the help you can and be brilliant like you always are, no matter how tough the game is.

The remainder of the season will be one huge push and we all can play a part.

Your support will be crucial. Click here to get your Bury ticket.