Notts County manager Neal Ardley says striking the right balance between attack and defence will be key when his side welcome Bury to Meadow Lane on Saturday.

The Magpies will be hoping to bounce back from disappointing defeats against Grimsby and Macclesfield with a positive result against the promotion-chasing Shakers.

And, while the manager is keen to see his players demonstrate an attacking threat, he is wary of giving the visitors too much freedom at the other end.

“We’ve got to find a way of protecting ourselves defensively without creating anxiety by not showing enough attacking intent,” said the boss after this morning’s training session.

“Since I’ve been here I’ve always tried to play attacking football and that’s led to us creating a lot of good chances.

“At the moment it’s about finding a way of giving the players the best chance of having a right go. Then it’s down to them.” 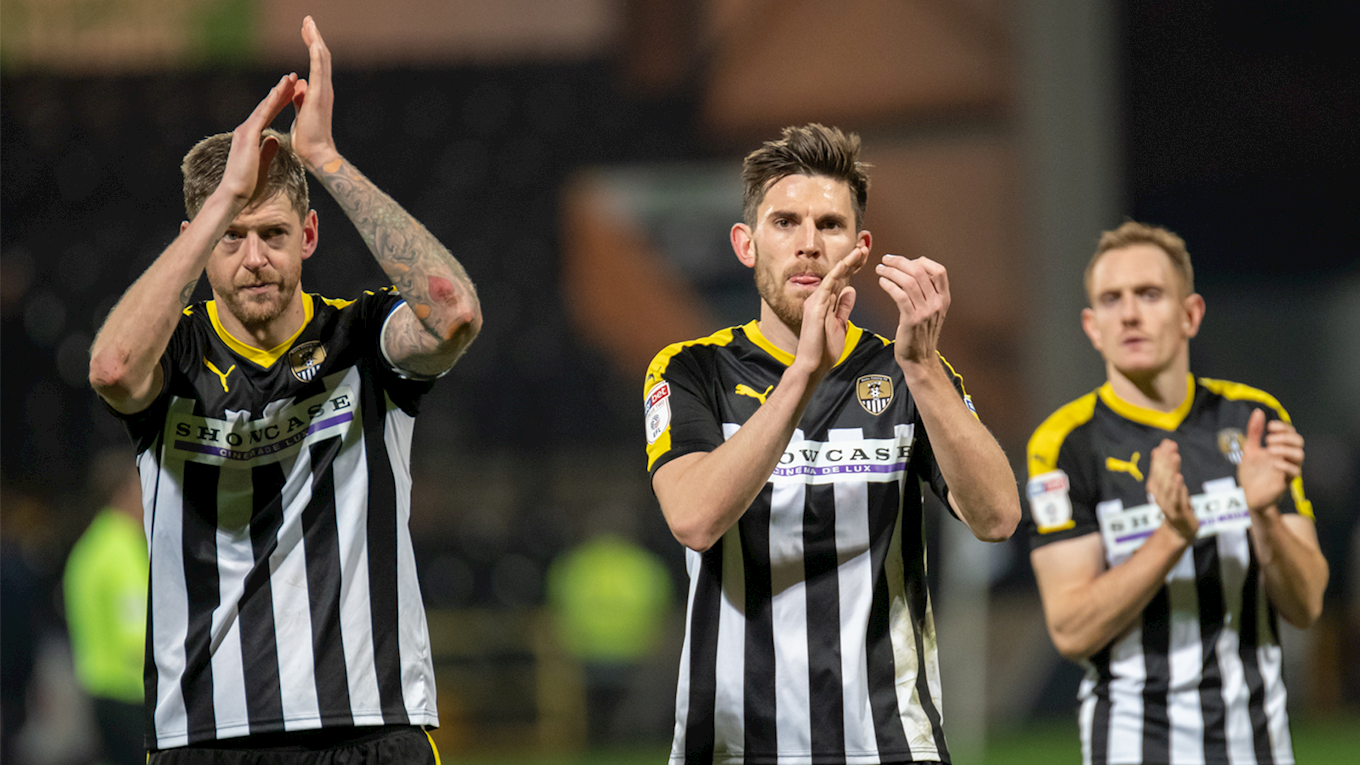 Notts dropped to the bottom of Sky Bet League Two with the Boxing Day defeat to Sol Campbell’s Silkmen and Ardley has huge sympathy for the club’s supporters.

“I think the fans are brilliant,” he said. “Their support, especially when we were 4-0 down at Grimsby, has been incredible.

“I know they want things to turn, and they will, but I’ve said before that there’ll be some short-term pain.

“I understand that every game that goes past is an opportunity missed but we’ve just got to pick up what we can for the next few weeks until we can bring some fresh faces in to give the place a lift.

“Hopefully we can get the fans behind us again against Bury, but it’s going to need the boys to put in a shift to do that.”