Notts County manager Kevin Nolan says he ‘just wants to get out there now’ as the first game of the season looms large.

The Magpies welcome Colchester United to Meadow Lane for the opening match of their Sky Bet League Two campaign and Nolan is ready and raring to go.

“I’m excited about getting on with the season now,” he said. “We know it’s going to be a tough encounter. We won both games against Colchester last year but we had to work hard to do that. It’s going to be no different on Saturday.

“I’m really looking forward to watching this team grow. Because we’ve signed such quick wingers, and we’ve got a lot of pace up front as well, I think you will see something different this year.

“We can adapt to a lot of different things and if something’s not working we’ve got strong options on the bench to come on and change it.

“We know it’s going to take time to get things the way we want them but I’m really interested to see how much the lads have taken on board.

“I just want to get out there now and see if what we’ve been working on comes to fruition.

“The lads have really taken to everything well and hopefully we can start with a bang.” 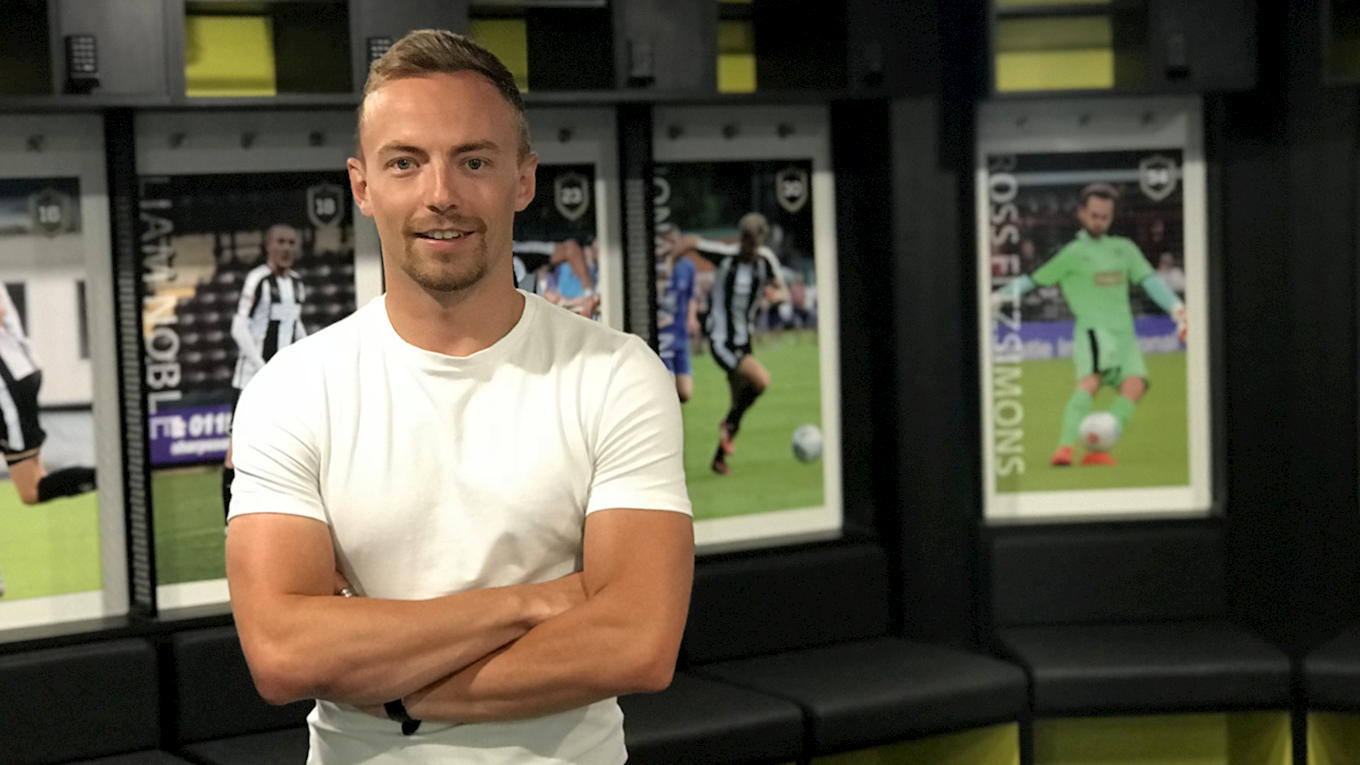 The match will come too soon for new signing Andy Kellett

Nolan will be without the services of injued duo Andy Kellett and Christian Oxlade-Chamberlain but could hand debuts to striking pair Kristian Dennis and Kane Hemmings.

“I think Kristian and Kane are the only two who haven’t played a full 90 minutes yet, so we’ve got to be careful we don’t expose them to too much,” said Nolan.

“With it being the first game of the season, there’ll be a lot of emotion and it’s going to be a hot, hot day.

“But they’ve trained really well this week – all the lads are looking really good – and we’re just really looking forward to Saturday.”

Supporters have until kick-off to secure their 2018-19 season ticket at the reinstated early bird price. Click here for more information.