Notts County made it five wins on the spin with a 4-1 victory over Lincoln City at Meadow Lane.

Jon Stead opened the scoring in the first half after Lincoln had seen Billy Knott red-carded.

And, although the visitors bit back with an equaliser straight after the break, goals from Matt Tootle, Jorge Grant and Terry Hawkridge fired Notts to the top of the Sky Bet League Two table.

Kevin Nolan made one change to the team that beat Crawley last weekend, Hawkridge returning to face his former club in place of the bench-bound Lewis Alessandra.

Backed by more than 4,000 visiting supporters, Lincoln started the match brightly and had a golden opportunity to open the scoring with 10 minutes on the clock when Matt Green raced into the area before rolling the ball a yard wide of the far post.

Notts' response came from Jon Stead, who turned sharply in the area before curling the ball towards the bottom corner. Paul Farman in the Imps net was able to get down to his right to make the save.

Adam Collin was called into action at the other end a minute later, tipping the ball over the bar after Josh Ginnelly's shot bounced up off the turf. From the resultant corner, Sean Raggett sent the ball over with a free header.

Jonathan Forte also struck the ball over the bar with a volley under pressure before the spotlight fell on referee Sebastian Stockbridge, who had a decision to make when the ever-tenacious Ryan Yates stooped to compete with Billy Knott for a bouncing ball in midfield. Knott's boot connected with Yates' head in a thunderous collision and Stockbridge showed the Lincoln man a straight red card. 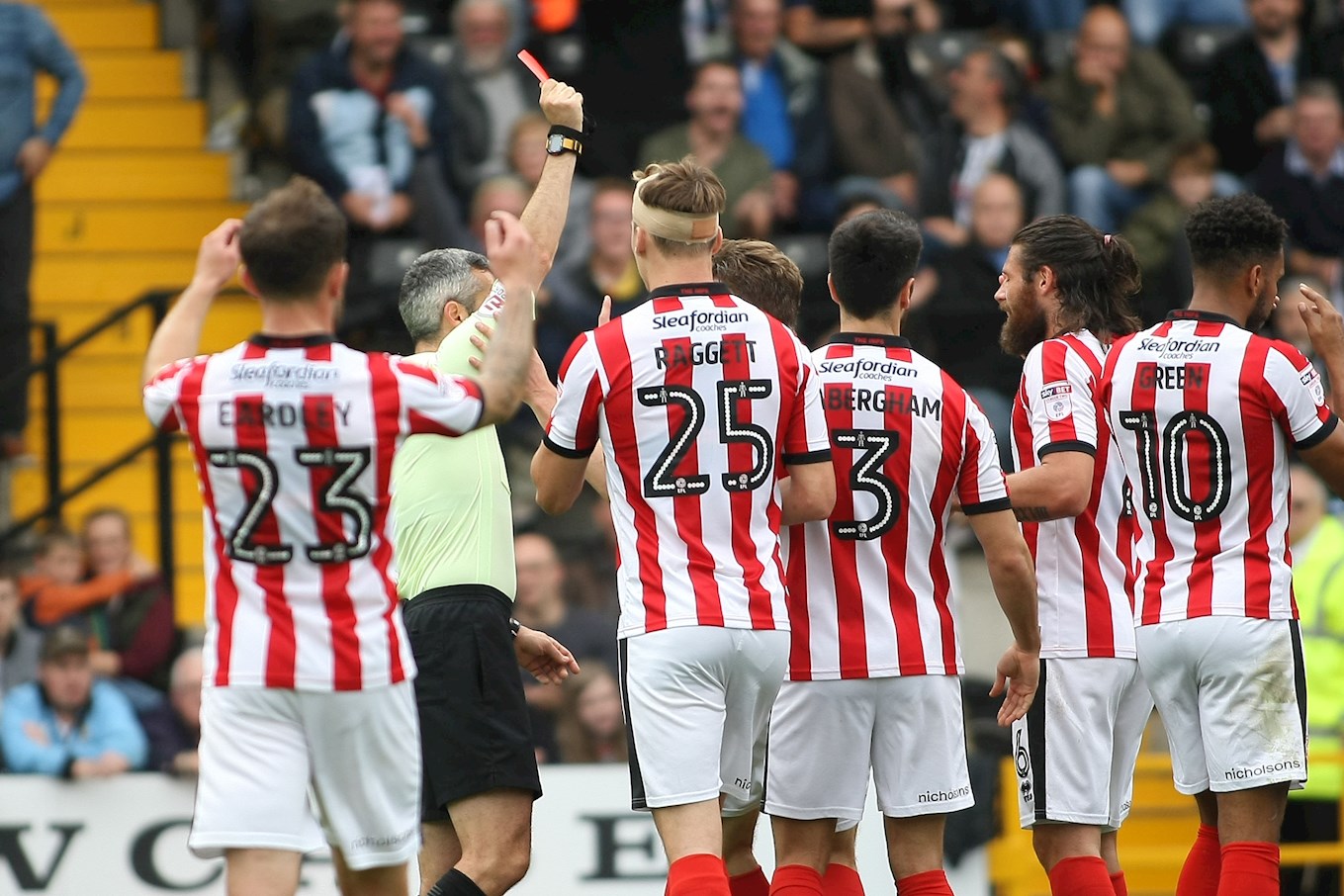 And, 11 minutes later, Notts capitalised by taking the lead. Milsom picked out Stead with a cross and the forward's volley took a deflection off his marker and spun into the bottom corner.

Moments later, it could have been two. Grant worked himself infield from the right before sending the ball goalwards from the edge of the area. His left-footed effort was weak, however, and Farman made a comfortable save.

Four minutes were added on at the end of the half, during which Nolan was forced into his first change after Dan Jones pulled up mid-play. Carl Dickinson replaced him. 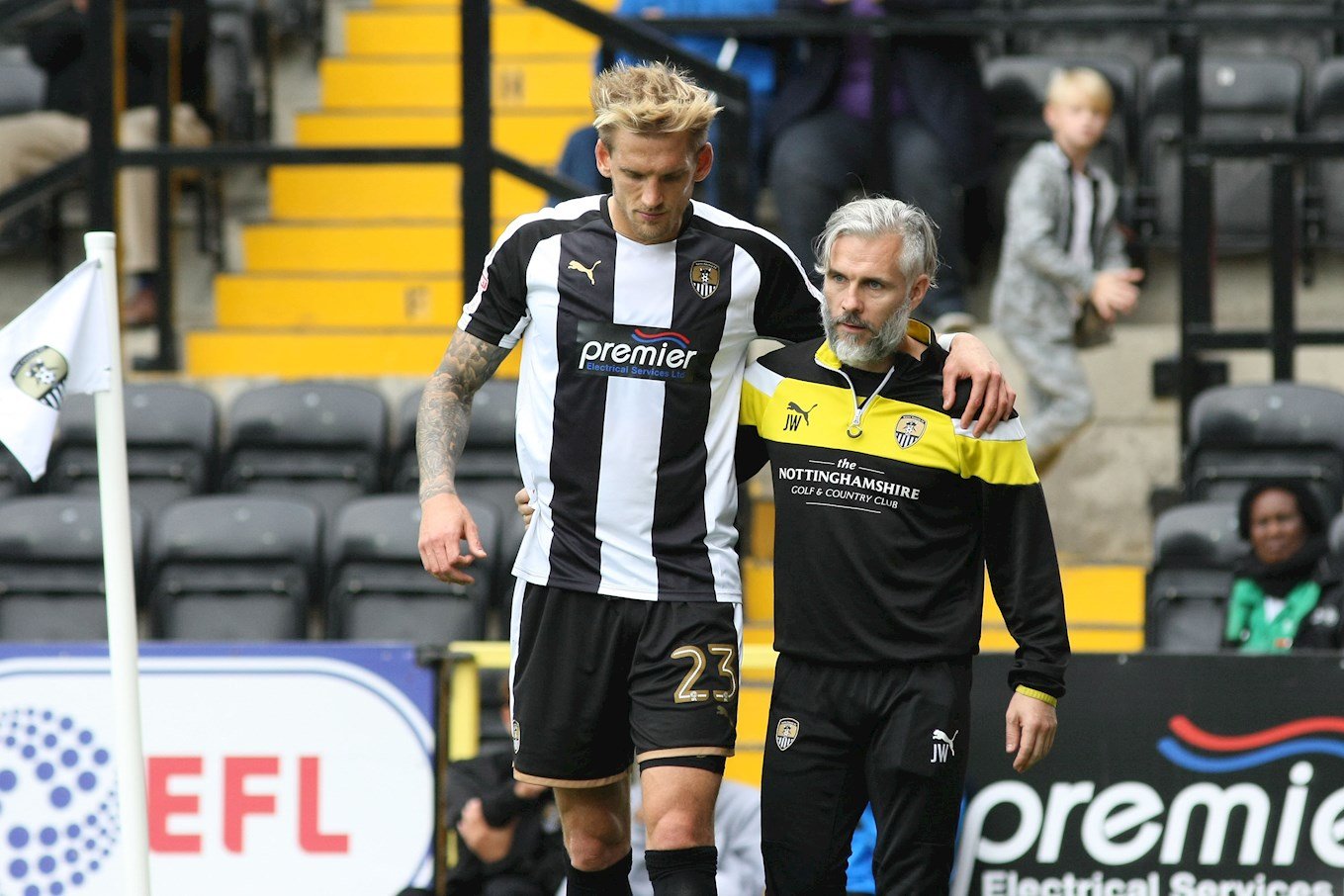 1-0 was how it stayed going into the break but, within two minutes of the restart, the visitors had an equaliser.

A deep cross was headed back across goal by Anderson and the ball found its way through the bodies in the middle to nestle in the corner of the net.

Notts came close to restoring their lead almost immediately when Brisley's shot was deflected just wide by a Lincoln defender.

But that wasn't to matter as, on 55 minutes, Notts were back ahead in sensational style after Stead picked out Tootle with a clever pass in the area. The marauding full-back took a touch before lashing it low beyond Farman and into the bottom corner. 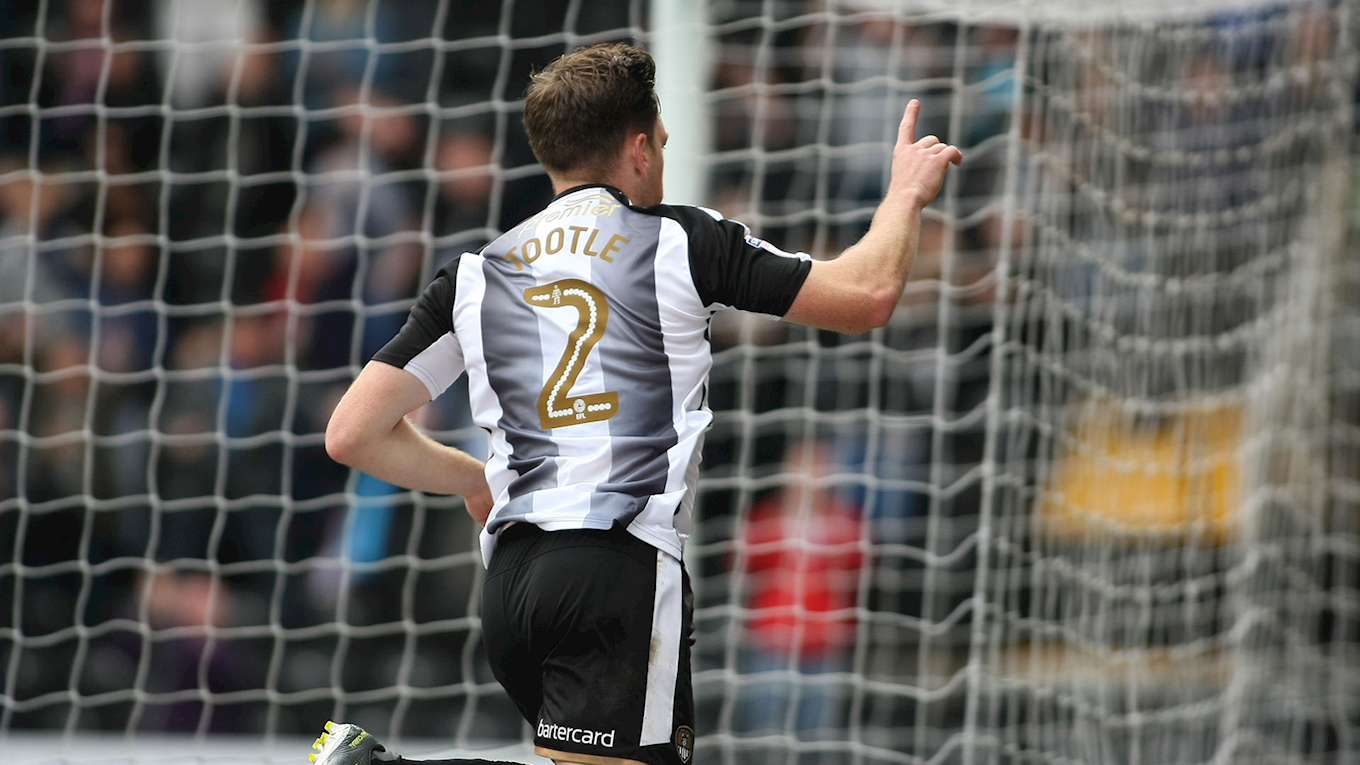 Notts kept up their pressure and had a half-chance to make it three when Stead was the first to a loose ball in the area. Farman managed to narrow the angle at his near post to beat the forward's close-range effort away.

But that was to be only a temporary reprieve as, with 20 minutes to play, Stead won a free-kick on the corner of the area and left the rest to Grant. The Forest loanee shaped to cross the ball but instead aimed for the far top corner, crashing the ball in off the post to put breathing space between his side and the Imps. 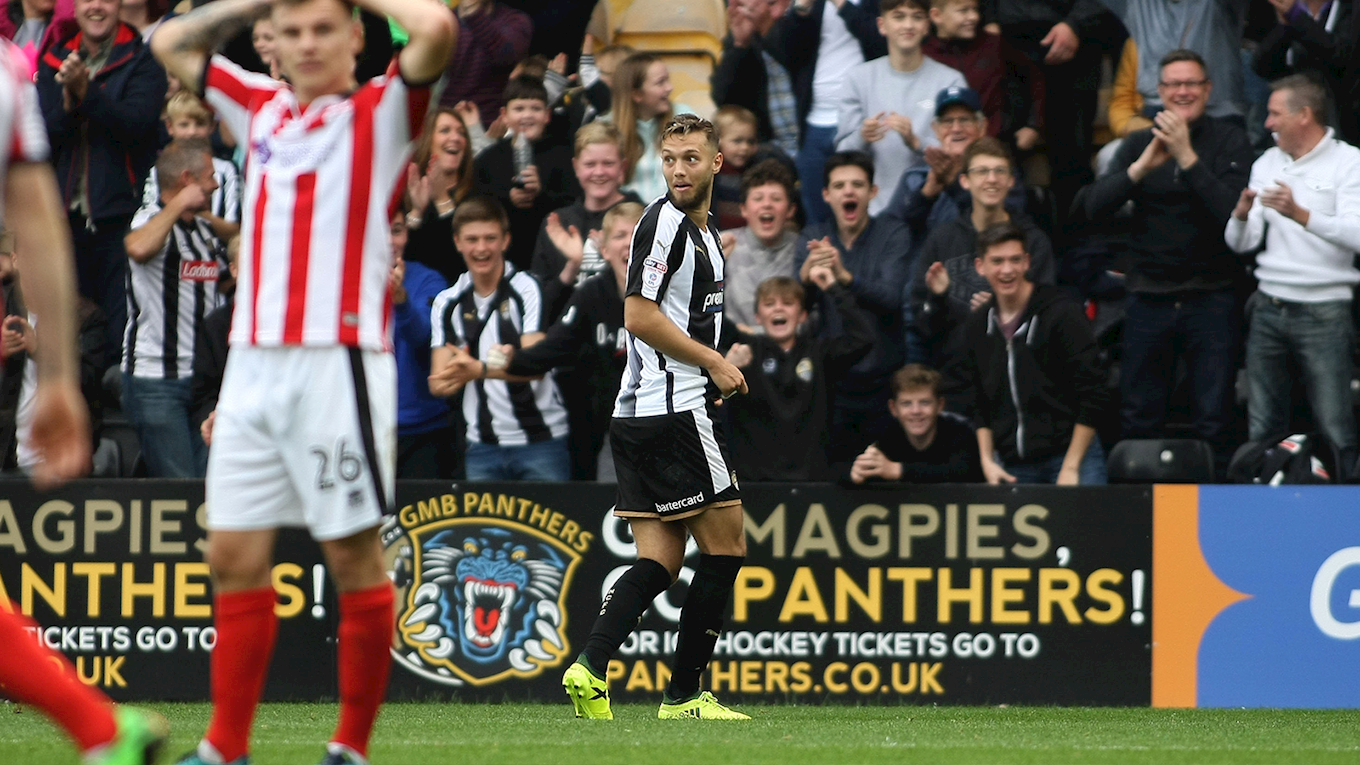 Rob Milsom made way for Elliott Hewitt with a quarter of an hour remaining and Alan Smith took Stead's place as injury time beckoned.

But there was still time for Hawkridge to scorn his former club by opening his Notts account. He cut inside from the left and scampered along the edge of the area before curling the ball low past the stranded Farman.

Forte had penalty appeals waved away deep into three added minutes after he was sandwiched forcefully between two Lincoln defenders as he chased a ball over the top, leaving him requiring lengthy treatment.

But there was to be no miraculous comeback from the Imps as Nolan's men knocked Exeter off their perch to claim first place.