Shola Ameobi was looking to retain a sense of perspective ahead of Barnet's visit to Meadow Lane this weekend.

Following a 10-game unbeaten run, Notts have taken one point from their last two games but Ameobi was keen to take a step back and look at the bigger picture.

"From the run we had at the beginning of the season, the last two results haven't been what we wanted," he admitted.

"But we have all taken stock this week as a squad and a management team and looked at how far we have come.

"There are times when things aren't going to go our way and we understand that. It is difficult to win every week over the course of a 46-game season.

"But there is no sense of panic here, which is great, but we have to get back to basics and do what we are best at." 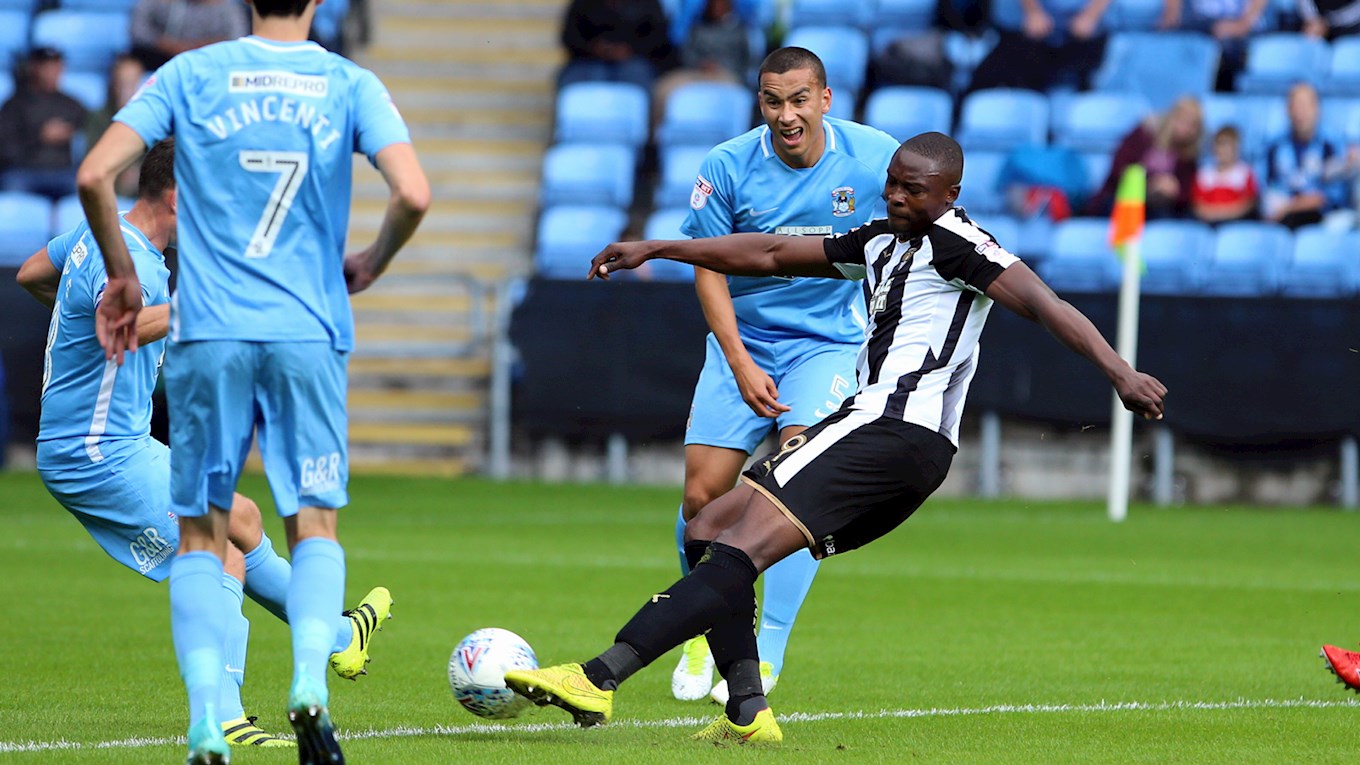 The striker believes the way the team fought to the final minutes to force an equalising goal against Forest Green epitomised the fighting spirit of the team not to surrender their unbeaten home run in 2017-18.

"We have made Meadow Lane a fortress and we didn't want to lose the home record we have built up because we are proud of it.

"There has been a culture change now. Going into the dressing room at full time, people's heads were down even though we had managed to take a point in stoppage time. To be disappointed with that shows we have come a long way.

"We have another chance on Saturday to show the fans we still have plenty to give. I think you will see a good example of what we're about as a team," he added.