Ryan Yates is hoping to continue his scoring streak at Stevenage on Saturday afternoon.

The midfielder is enjoying a purple patch having scored four goals in his last five games, taking his tally for the campaign to five.

And he wants to keep contributing in the final third after hitting his stride in the black and white stripes.

"Since the start of the season I've been telling Mark Crossley, who organises our set-pieces, to get me in the box!" he laughed.

"My role is about keeping things simple but I'm still young, raw and learning. I would like to add goals to my game and keep chipping in with them.

"To get four goals in five games has been beyond my wildest expectations but I just have to keep having the knack of being in the right place at the right time.

"I have to give credit to the balls being put into the box. They're unbelievable. I've never known a team to be so good at set-pieces - we've scored so many goals from them already this season.

"When Carl Dickinson is standing over a free-kick I know it's going to be worrying for the goalkeeper but there are six or seven of the lads who put them in the top corner on a regular basis in training. It's unbelievable." 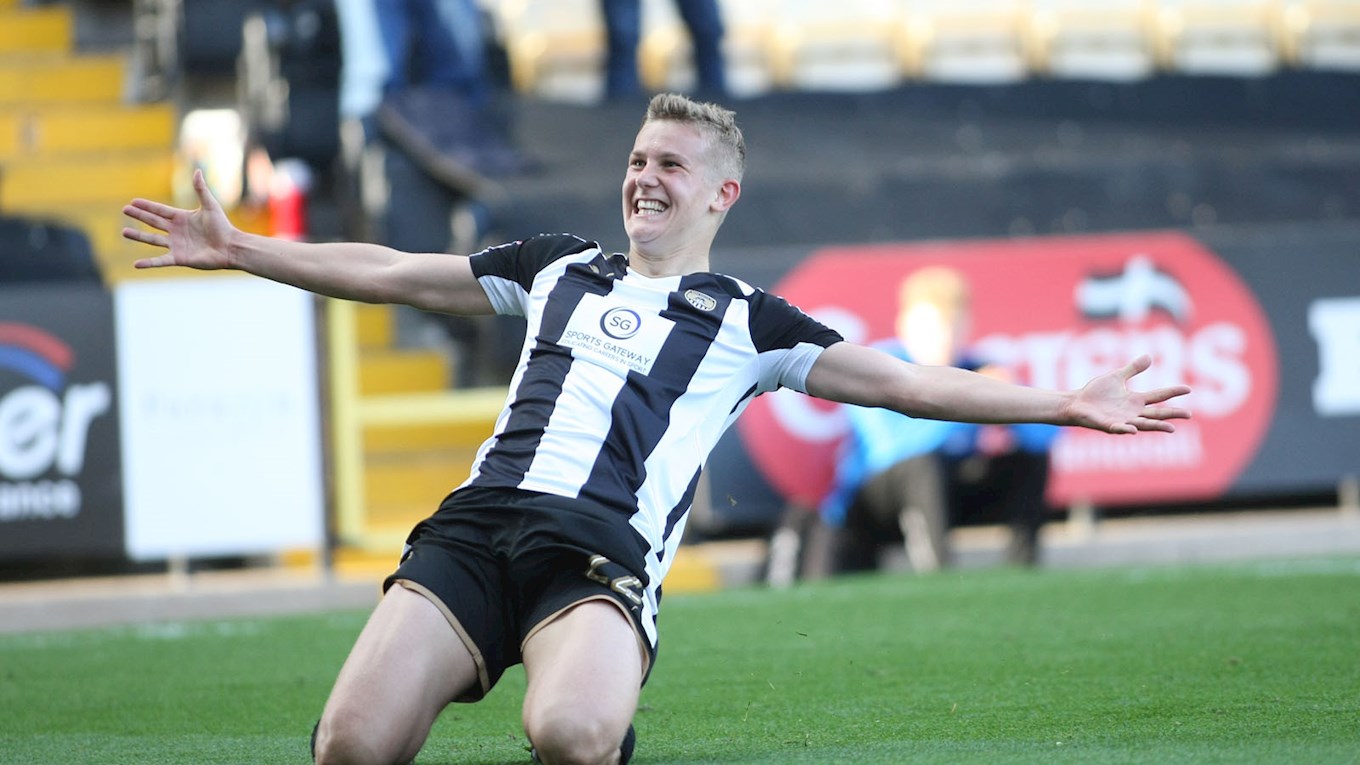 With a trip to the Lamex Stadium next on the agenda for the Magpies, 19-year-old Yates is determined not to let the hosts dictate the pace of the contest as Notts seek a fifth away win of the season in Sky Bet League Two.

"We were gutted not to get through in the Checkatrade Trophy on Tuesday night but we had a really good performance against Bristol Rovers in the FA Cup," he said.

"We have to take the positives from both of those games because it will be another tough one.

"They're going to be up for it because we're top of the league - everyone turns it on against the teams at the top.

"It will be high-energy but we need to slow that down, impose ourselves on them and play our game.

"They have a good home record but we just have to focus on ourselves. If we do what we're good at we'll come away with three points."