Notts County host Bristol Rovers in the first round of the Emirates FA Cup this evening.

The Gas arrive at Meadow Lane with just one draw in all competitions so far this season and occupy 13th place in Sky Bet League One.

Rovers' 16 league outings this season have offered 54 goals, so an entertaining cup tie is on the cards.

After missing out on a third-round trip to Chelsea last season, Notts will be determined to take one step closer towards the promised land of round three.

"We can't look any further than Bristol Rovers. We have to take it one round at a time.

"They have had a decent season so far and will cause us problems if we don't respect them.

"They will come here to play open, expansive football and will want to excite the crowd, so it should be a really good cup tie." 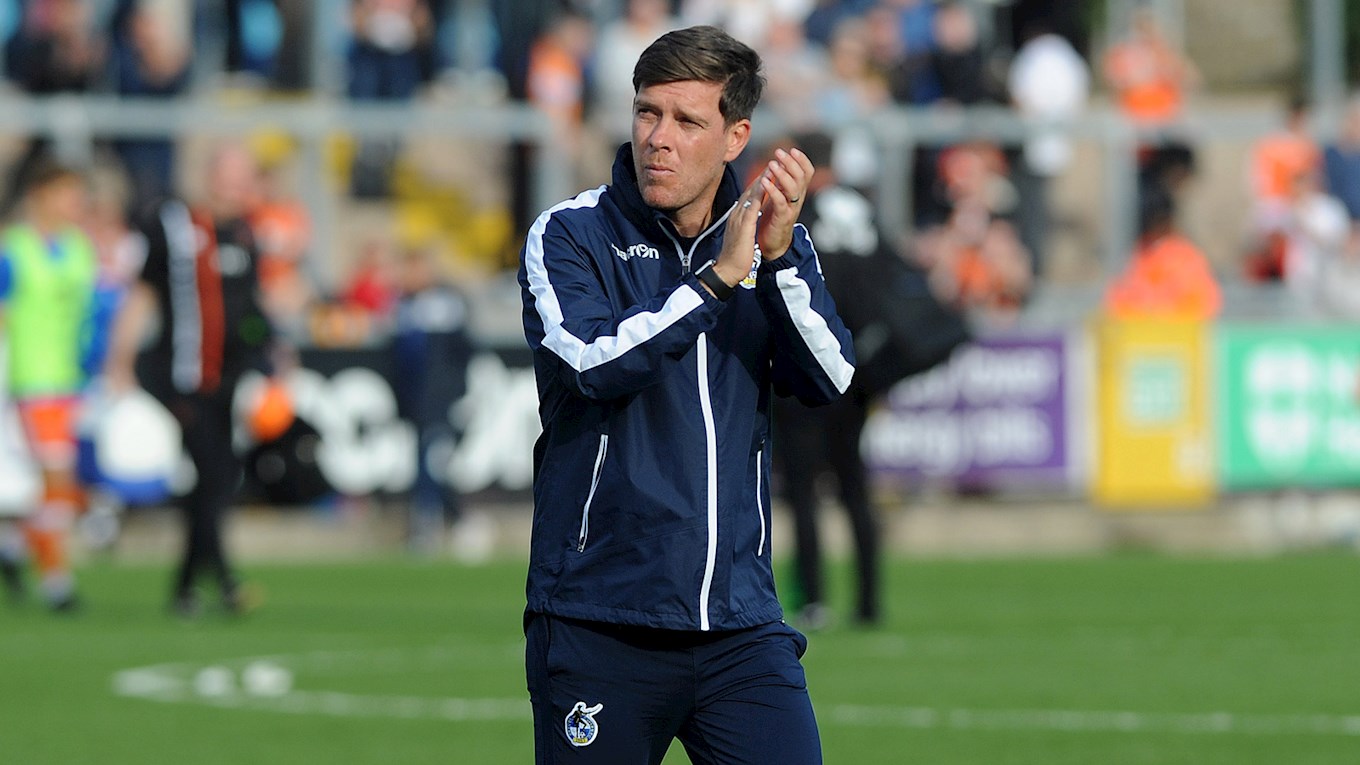 "I don't think there is a massive difference between the top five or six in League Two and the teams in League One to be honest.

"Notts County are theoretically a League One club with the infrastructure to go with it."

The visitors could be without top goalscorer Billy Bodin, who injured his hamstring in the 6-0 win at Northampton Town at the start of October.

James Clarke is also sidelined following a leg operation, while Rovers are sweating on the fitness of a number of other players who have injuries and knocks. 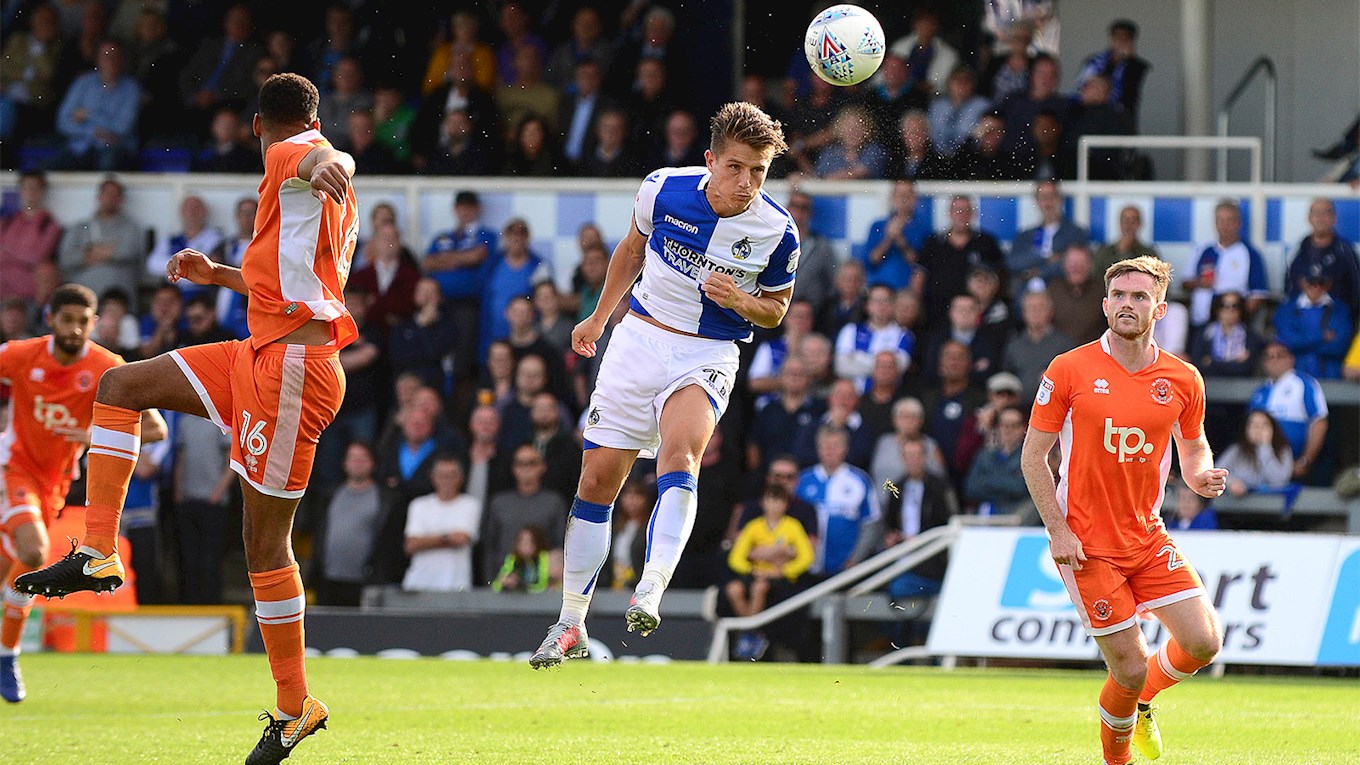 Tom Nichols moved to the Memorial Stadium over the summer, joining from Peterborough United for an undisclosed fee.

The striker had found himself on a barren run in the blue and white quarters, failing to find the net until he bagged the opening goal in last weekend's 2-0 win over MK Dons and in the Checkatrade Trophy defeat against West Ham in midweek.

“The boys have supported me really well and the fans have been very patient with me," he said. "They could have lost patience, so I really do appreciate the support from the manager, the players and the fans.”

With a weight lifted off his shoulders, he will now hope that the goals flow for him as freely as they did at Exeter City, where he scored 34 in 98 games at the start of his career.

Although he was not as prolific after his move to Peterborough, he did still register 15 goals in 58 appearances for the Posh, preceding his move to Bristol.

Sky Bet have priced Notts up as 19/10 outsiders to progress to round two while the Gas are 13/10 to advance. The draw, which would see the tie go to a replay at the Memorial Stadium, is available at 5/2.

Notts' last home win over the Pirates was a 2-0 success in August 2005 and a repeat result can be backed at 14/1 this evening. 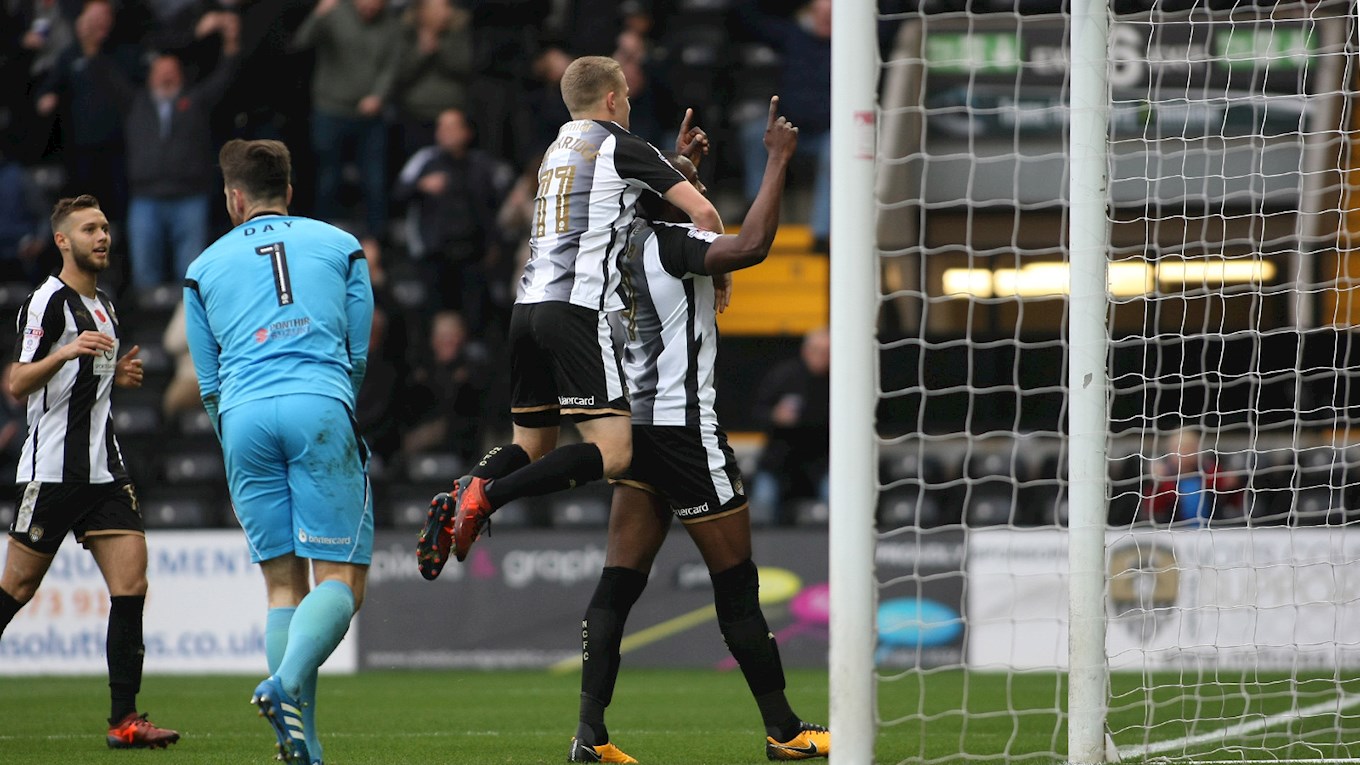 Shola Ameobi found the back of the net last weekend and the striker is 6/1 to open the scoring against Bristol Rovers tonight. Meanwhile, central defender Shaun Brisley is 50/1 to be the first name on the scoresheet.

Jorge Grant was back among the goals with a brace against Newport last weekend to take his tally for the season into double figures.

Notts County emerged 4-2 victors from a thrilling clash with Bristol Rovers to secure their place in the second round of the Emirates FA Cup.

The Magpies had found themselves 2-0 down early in the first half thanks to goals from Liam Sercombe and Stuart Sinclair.

But Ryan Yates struck twice before the break, Jon Stead fired Notts ahead in the second half and Jorge Grant finished the job in stoppage time to put Notts in the hat for Monday's draw.

That meant Terry Hawkridge kept his place down the right and the former Lincoln man nearly gave his side the dream start when he latched on to Grant's floated free-kick. He could only guide the ball over the bar on the volley.

Two minutes later the visitors had the lead when an excellent cross from the right picked out Sercombe, who made no mistake in nodding the ball beyond Ross Fitzsimons from six yards.

Stead saw a shot blocked and Tom Nichols volleyed wide as the sides exchanged blows in search of the crucial next goal.

And Notts so nearly had it on 14 minutes when Grant picked out Stead with a drilled cross, only for Rovers keeper Adam Smith to somehow keep the ball out with a point-blank save.

The Magpies' pressure was steadily building, however, and on 30 minutes they had their lifeline when Yates headed the ball home from Dickinson's excellent free-kick.

And, a minute after play resumed, the comeback was complete when Yates slid in at the back post to turn home another Dickinson cross - this time from a corner.

Grant sent Stead's cross wide on the slide and Hawkridge rolled an effort off-target as Nolan's men looked to flip the game on its head.

But 2-2 was how it stayed going into the break, with both managers opting to send their sides back out unchanged.

Nichols was the first man to try his hand at altering the scoreline after the restart, progressing down the right before seeing his shot comfortably saved by Fitzsimons.

At the other end moments later, Stead played Grant through one-on-one with the keeper and could only watch on as the Forest loanee sent the ball narrowly over the bar.

Rovers threatened to make Notts pay for that missed opportunity when Rory Gaffney fired the ball goalwards from a narrow angle. Fitzsimons palmed it away.

But the scores didn't remain level for long as Notts completed their amazing turnaround in lovely style.

Dickinson was involved again, clipping a pass to Grant who crossed for Stead to side-foot the ball home.

It could have been 4-2 with 12 minutes to go when Notts saw three chances go begging in quick succession. Stead played a lovely left-footed pass to Shola Ameobi, whose deft lay-off was perfect for Hawkridge to take the ball into the area. The midfielder saw two shots blocked, with Ameobi also seeing an effort closed down by a defender.

Rovers missed two good chances of their own when substitute Dom Telford's air shot fortuitously led to a shooting opportunity for Gaffney. Fitzsimons made a strong save at his near post.

It was so nearly all over moments later, Ameobi slipping Stead into the area and Smith making an excellent save to divert the forward's effort wide.

That was to be the duo's final action as they made way for Jonathan Forte and Alan Smith.

And Notts kept up their pressure, drawing another strong save from Smith when Hawkridge chopped his way into the area before seeing his effort pushed wide.

Dan Jones replaced Dickinson shortly before six minutes of added time were indicated, during which Gaffney sent the ball high over the bar after it had dropped to him from a corner.

Tom Broadbent then emerged from a crowd of bodies to nod the ball wide before Jones was booked for apparent timewasting as a nervy finale ensued.

But, backed by a buoyant home crowd, Notts wrapped the game up when Grant raced on to Hawkridge's header to roll the ball calmly beyond Smith from inside the area.

Supporters yet to purchase a ticket for tonight's Emirates FA Cup match can avoid queuing at the ticket office by buying online and scanning from their phone at the turnstile.

Notts take on Bristol Rovers in the first round of the famous competition and the club have continued their commitment to encouraging junior support by offering cheap tickets to under 18s and free entry to under 7s.

Adults, meanwhile, can watch what is sure to be a very entertaining cup tie for only £15.

Season ticket holders had their seat reserved until 5.30pm on Saturday 28 October, after which time all remaining seats were released for general sale.

*Must be accompanied by a full-paying adult/concession. Under 7s' tickets are not available online.

Tickets can be purchased online to be scanned at the turnstile by clicking here. More information on buying tickets online can be found here.