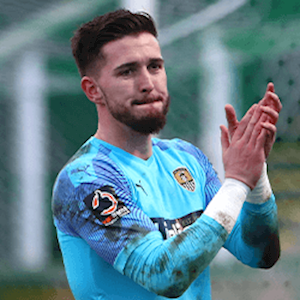 The keeper signed in February to provide competition between the sticks following an injury to Sam Slocombe.

McDonnell knows Neal Ardley well having been brought to AFC Wimbledon by the manager during his time at Kingsmeadow.

Prior to that he'd been at Basingstoke, where he'd played as a striker and a goalkeeper before being persuaded to pursue a career between the sticks.

McDonnell left Wimbledon in late January and has played every game since signing for us.