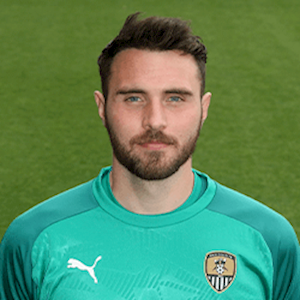 Kean is goalkeeper coach at Meadow Lane, as well as being registered as a player.

He made his debut as an early substitute in our inaugural FA Trophy game, coming on to keep a clean sheet as we beat Chesterfield 1-0.

Kean has turned out over 120 times during his playing career, including Premier League appearances for Blackburn, but injury problems hampered his on-field progress and he made his first move into coaching at Meadow Lane.