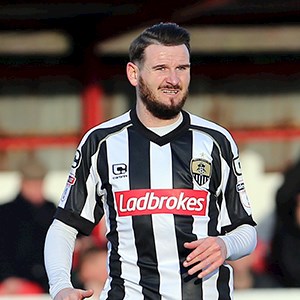 A tricky winger, Yeates began his career at Tottenham before moving on to Colchester United following a succession of loan spells away from White Hart Lane.

He found his feet with the Us and his performances earned a £500,000 move to Middlesbrough in 2009. However, Yeates failed to become a first team regular at the Riverside and spent time with Sheffield United and Watford thereafter.

Stints with Bradford and Oldham came before his time at Blackpool, where he fell out of favour before signing on the dotted line for Notts.