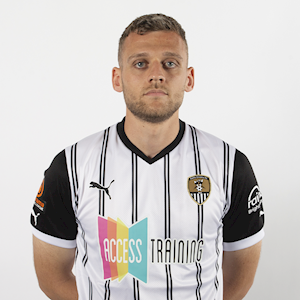 Williams handed Baldwin the Bristol City’s Under 23s captaincy and later influenced his move to MK Dons when he was working under Russell Martin at Stadium MK.

An impressive loan spell at National League South side Weston-super-Mare earned him the opportunity to showcase himself in League Two with Cheltenham Town, only for his stay to be curtailed by a knee injury.

Despite being sidelined for four months, City offered Baldwin a new deal and, following a number of appearances as their Under 23s captain, he was loaned out to Eastleigh in the National League.

He departed Ashton Gate at the end of the 2020-21 campaign and signed for MK Dons, with then-manager Martin, who weeks later took Williams with him to Swansea, citing our new boss’ high regard for the defender as one of the reasons for the move.

Baldwin made 16 appearances for the League One outfit and now commences a new chapter with us.