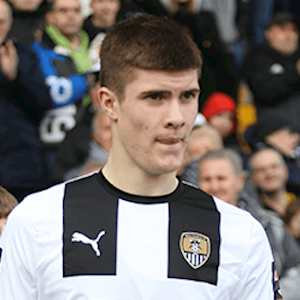 The Wigan youngster signed on loan in February and was swiftly handed his debut when we travelled to Hartlepool.

Long signed for the Lactics from his hometown club, St George's AFC, to start a scholarship in 2017-18 and made two appearances in the Checkatrade Trophy that season.

His exploits in the second year of his scholarship earned him a professional deal and he was involved with Wigan’s first team during pre-season, travelling to a fitness camp in Spain in June.

Long was top of the list of young defenders Neal Ardley was looking at to combat his injury problems and came to Meadow Lane looking to make a name for himself.