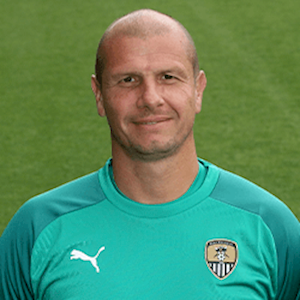 Cox was Neal Ardley’s number two at AFC Wimbledon and moved to Meadow Lane with him in November 2018.

The pair took on managerial duties together at Kingsmeadow in 2012 and kept the Dons in the EFL before leading them to promotion through the League Two play-offs in 2016.

Cox and Ardley were team-mates at Watford and Cardiff and have become close friends over the years – even living together during their time at Wimbledon and Notts!

The former defender made over 400 career appearances and also had spells with Aston Villa, Middlesbrough, Bolton and Crewe after starting his playing career with Scunthorpe.