We sat down with our new head coach to learn more about him and his thoughts on the job.

Luke, welcome to Meadow Lane. What are your initial impressions?

First and foremost, I’ve been really impressed with the ownership, the staff and how well things are run behind the scenes.

On top of that, I’m really impressed with the foundations laid by the previous head coach who developed a style of play and coaching environment that I respect.

All those factors make it a really appealing proposition and I feel like the club fits me as a coach. I see this as a really exciting opportunity.

Can we expect a similar style of play to what we have been used to in previous seasons?

Absolutely. I think Ian Burchnall did a fantastic job here and has developed a style that I’ve really enjoyed watching in the games I’ve reviewed.

Having spoken to various people, I can understand the work that Ian did and I’ve got a lot of respect for that. I’m hoping I can build on that, so it won’t be a wholesale change or a shock to everyone. Continuity will be key to our progress.

What is your view of the club’s recruitment method?

The process of bringing a player to this football club is thorough. Many different aspects need to be considered and here it’s done in an intelligent way and one which I agree with.

I’ve already had a brilliant meeting with the recruitment team and it’s clear to me that a huge amount of work goes into selecting the right players. We have an environment where everybody is able to give an input which, in my experience, is not always the case.

But there’s a joint approach here, with several people bringing ideas to the table. Those ideas are respected and looked at in detail before a final decision is made as a group. I think that’s a healthy way to recruit players.

Tell us about your assistant, Ryan Harley…

Ryan has had lots of experience in the National League and EFL – he’s had promotions at those levels and is someone who’s very knowledgeable about players and other teams.

He’s a fantastic footballer who relished playing in attacking, possession-based teams and would have been outstanding in the environment we have here. He’s someone who’s played in teams I’ve coached, and he’s also coached with me.

Ryan’s got a very strong personality, which is perfect for this environment, and he will be able to do specific work on the training pitch extremely well.

He’ll be able to help me and others in a lot of aspects and will be a great addition to the club.

It’s fair to say that this role comes with pressure to secure promotion at the earliest opportunity. Is that a motivating factor?

Absolutely. Everyone coaching and managing across the leagues is under pressure because they’re expected to achieve within their own remit, be it Premier League survival or finishing in a play-off spot.

Often the bar is set slightly higher than what’s comfortable for everyone, but what you want is to know the club are trying to help you achieve the goal they have set for you. That’s the big bit.

I’ve been in situations when the target has been set very high, but the level of support has been very low. That’s an awful combination that leaves you feeling like there’s nowhere left to turn.

There’s pressure here, but there’s support – and that’s all you can ask for.

What excites you most about coaching?

It all relates to performance. I love identifying things we can do better, finding the right solution and seeing the benefit out on the pitch. It can be frustrating and hard – it can keep you up at night - but it’s so rewarding when you get it right.

Can you tell us about some of your best coaching experiences to date?

I worked with Gus Poyet, who’s now a friend of mine, at Brighton when I was leading the Under 21s group. It was a very close-knit club and I shared an office with Gus, Mauricio Tarrico and Charlie Oatway which, for me, was life-changing.

I don’t need to speak about Gus’ achievements as a player, coach or manager – he’s an incredible person. Mauricio had a top player’s mentality – his standards on everything were so high and he couldn’t tolerate things that didn’t match his levels - and Charlie was someone I’d known for a long time as he had been a brilliant captain for the club. To be involved in that set-up was mind-blowing – they won promotion from League One with four games to spare, so it was an incredible experience.

After Brighton I went to Swindon Town, which was very much a case of being thrown in at the deep end. Seeing many players from that group go on to play international, Premier League and Championship football has been a source of joy to me for years, even long after I’ve left the club. We made the League One play-off final with the 18th lowest budget in the league and the youngest group in the EFL. To get all the way to Wembley, and seeing the players put in some astonishing performances along the way, was amazing.

Going to Bristol City to work with the Under 23s then gave me the opportunity to see Lee Johnson work and witness how driven and thorough he is. Working with him, Dean Holden and Jamie McAllister was brilliant and being able to watch a really experienced goalkeeper coach in David Coles taught me a lot. He’s an incredible guy.

I then went to MK Dons and worked with Russell Martin, who has an amazing capacity for keeping a number of things spinning around in his mind and is brilliant at making staff and players feel valued. Going across to Swansea with him was a great opportunity to work at what was, for all intents and purposes, a Premier League outfit with outstanding facilities, high expectations and players with many top-flight appearances under their belt. It truly was an honour.

Overall I feel I’ve had a good mixture of experiences and have worked with some top people.

You suffered the pain of relegation with Swindon in your last role as a head coach. Can you summarise what happened?

I feel I shouldered the blame for lots of people’s mistakes and I was happy to do that because I felt I was strong enough. It was a very challenging time because I wasn’t fully in control of a lot of things that happened.

But experiencing that pain and struggle was a valuable lesson, and to be able to do that without blaming others was a useful experience for me.

I don’t regret it, even though it’s caused problems for me in my career, but underneath the surface the reality was quite different.

Thankfully, the owners of this club are very good at extracting information and were able to see more clearly the positive influence I had there. 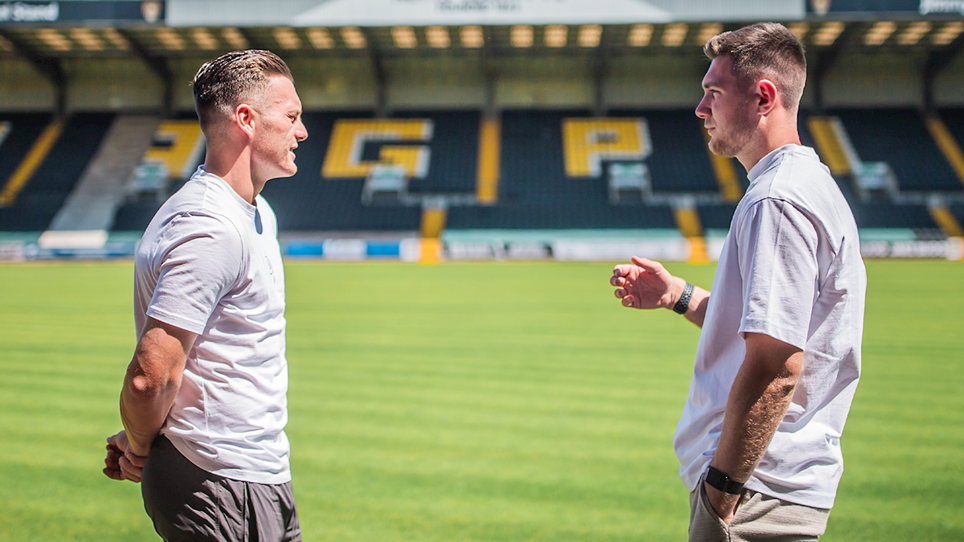 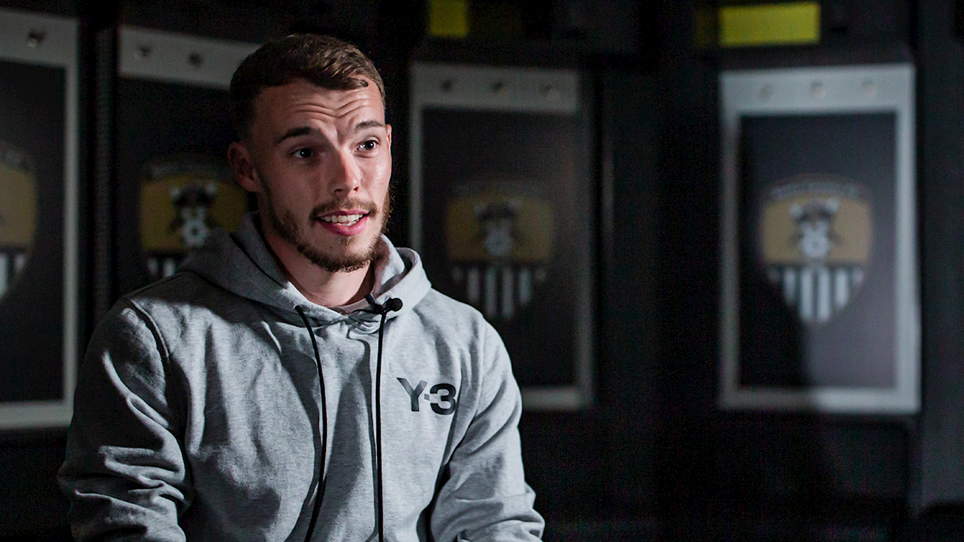