We have completed the signings of Kidderminster Harriers duo Sam Austin and Geraldo Bajrami.

Kiddy captain Austin, 25, leaves Aggborough as a club legend having made more than 200 appearances for the National League North side, while Bajrami, 22, was one of their outstanding performers having arrived from Birmingham City ahead of the 2021-22 campaign.

Attacking midfielder Austin joins on a three-year deal for an undisclosed fee, while compensation and a two-year contract have been agreed for versatile defender Bajrami.

Austin is a much-loved figure at Aggborough having plied his trade there for six years.

And our head coach Luke Williams is convinced he’ll prove to be just as popular at Meadow Lane.

“I don’t see how, as a fan, you couldn’t get behind this boy,” said Williams. “He has incredible energy, unbelievable quality and plays without fear.

“Sam’s a scorer of spectacular goals – he’ll take a tap-in but if he’s given a sighter from range he’ll have a crack with either foot. He doesn’t care if the ball’s bouncing or if it’s coming across him, if he has a sniff he will back himself to score.

“He’s another player the club have been monitoring for a long time and, since Ryan Harley and I have arrived, we’ve watched a lot of him.

“You can see from the footage that, as a professional, he is doing everything right. It’s impossible to produce Sam’s level of energy and performance consistently if you’re not at it in your everyday life.

“He’s everything we want in a player – someone who’s coming here to play, to win and to give the best possible account of himself.

“I believe the best use of his skillset will be from central areas. He can take the ball under pressure, he can get away from people, he can assist and he can score. On top of that he presses with unbelievable intensity, which will be hugely valuable to us high up the pitch.

“Without a doubt Kidderminster is a club very close to his heart, and he has represented them with phenomenal commitment and loyalty over the years. Ultimately, however, he now needs to think about playing at the highest level he can.

“Our aim is to take him into the EFL with us, and we know he shares that ambition.

“When you consider the signings of Macaulay Langstaff and Cedwyn Scott and the fact we have Cal Roberts and Ruben Rodrigues, who are quite clearly two of the biggest attacking threats in the division, it’s very exciting to know we have such strong competition in attacking areas.

“Sam, Macaulay and Cedwyn, along with high-potential players like Kairo Mitchell and Aaron Nemane, are all capable of playing alongside Cal and Ruben and are here to help them.

“With so much attacking quality at our disposal, everyone is going to have to be at it. That’s a really healthy position to be in.” 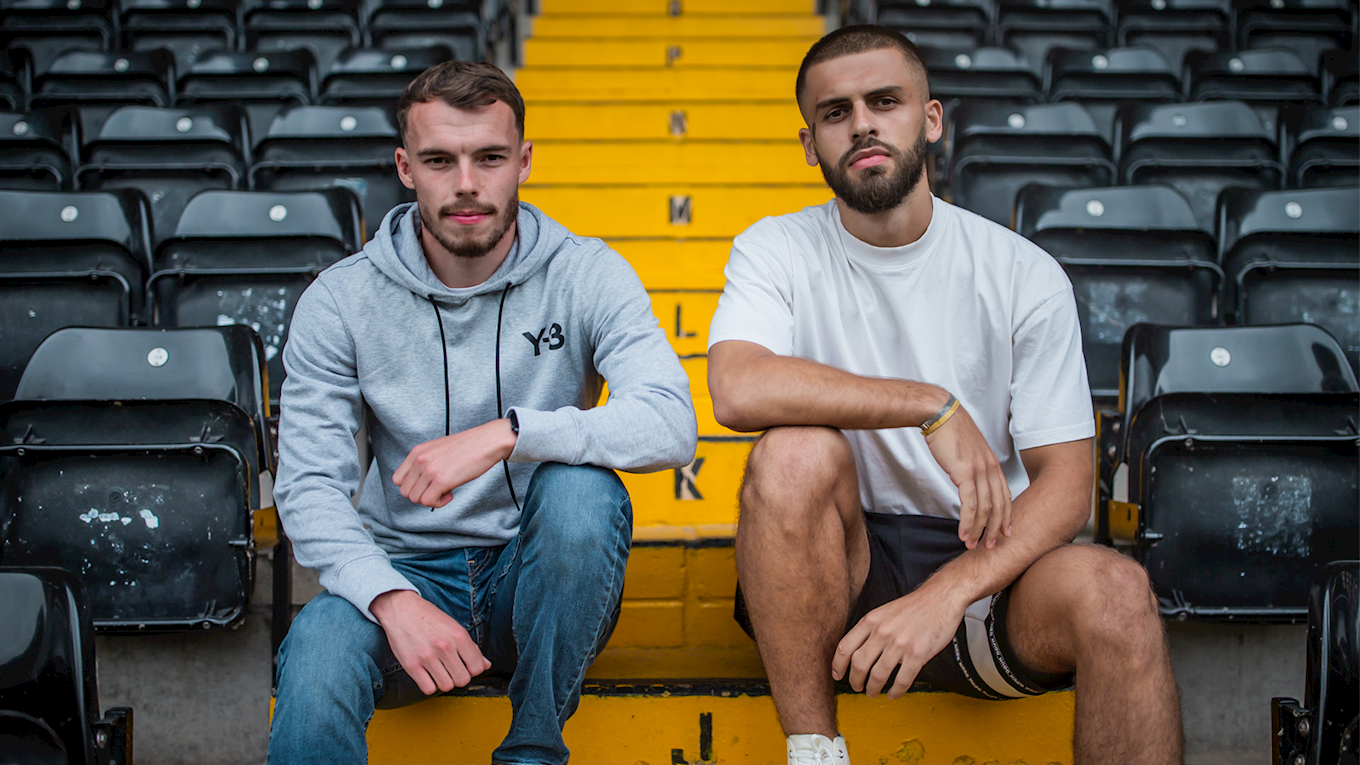 Bajrami, meanwhile, becomes the second central defender to join us this summer following the arrival of Aden Baldwin earlier this week.

“Similarly to our other defenders, Geraldo wants to get on the ball and is comfortable stepping forward in possession,” said Williams.

“We also want our defenders to be really aggressive in their attempts to win the ball as high up the pitch and as early as possible, and we’ve seen those qualities in his game as well. It’s fantastic he has that desire engrained in him.

“Defenders like Geraldo and Aden may not be your stereotypical ‘giants’ compared to some of the other centre backs you see, but they have more than enough physicality, dynamism, desire and know-how to go pound-for-pound with anyone, while also giving us tremendous composure and quality in our build-up phase.

“Geraldo is also extremely versatile. We’ve seen him comfortably playing on the left and right and we’re sure he’d be more than capable in a central role within a back three.

“He can also play in midfield, which is a possibility for him here as well – he could protect a back four or three and use his more advanced position to showcase his ability to distribute the ball.

“He fits our model really well and we’re incredibly excited about his potential.”

Bajrami, like Baldwin, captained sides at development levels earlier in his career and, with Austin relinquishing the armband at Aggborough, Williams is delighted with the character of our new recruits.

“We’re signing captains all over the place, so we should be developing a dressing room who know how to manage themselves and each other,” said Williams.

“Kyle Cameron did a great job of leading the squad last season and the likes of Sam, Geraldo and Aden, along with the many great characters who have been here a while, will all be a huge support to him in terms of leadership on and off the pitch.

“If you look at the greatest sports teams in the world they all have captains throughout. If you have that mentality running through your squad, you’re very difficult to beat.

“We take the characteristics of players very seriously and Sam, Geraldo and Aden’s captaincy experience tells you a lot about them, because you’re not given that opportunity unless your manager thinks you’re up to the job as a player and person.” 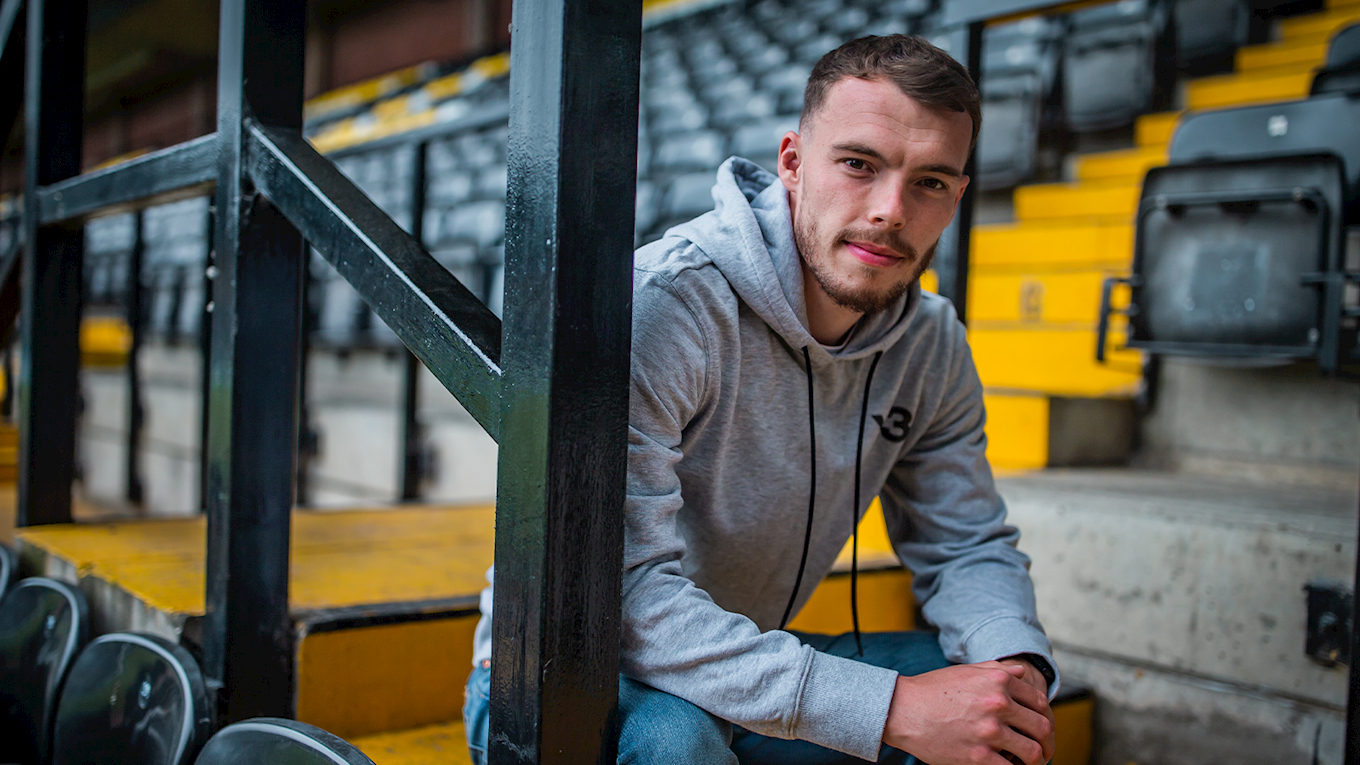 Like fellow new signings Langstaff and Scott, Austin was named in the 2021-22 National League North Team of the Season after leading Kidderminster to a play-off place and the fourth round of the Emirates FA Cup, finishing the season with 13 goals and nine assists.

He began his career with Burton Albion and, after spending time on loan at Telford and Leamington, he joined Kidderminster in 2016-17 where he quickly established himself as a key player thanks to his work-rate, consistency and versatility – often being deployed in a more defensive role in his early days at Aggborough.

Recent seasons have seen him play both as a winger and as an attacking midfielder, however - roles which have allowed him to add goals to his game. 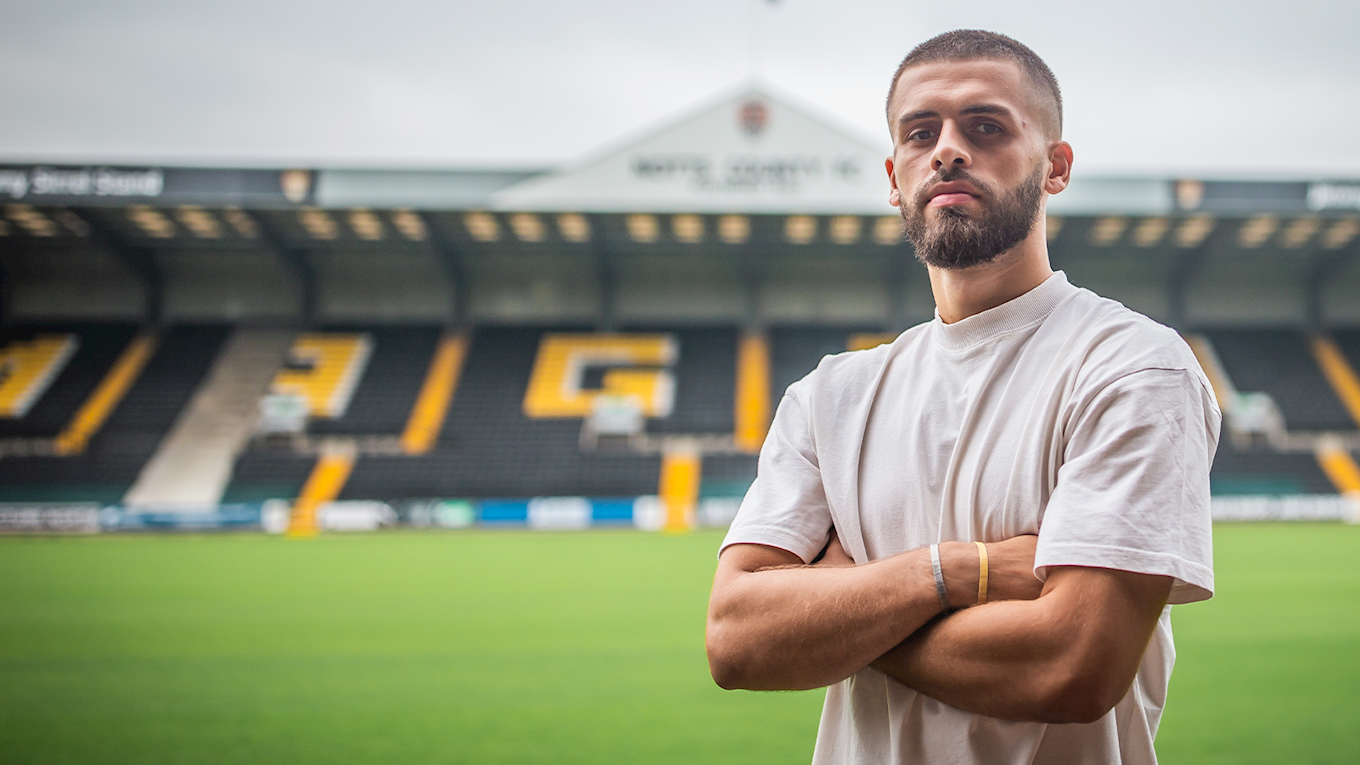 The former Birmingham City defender was another impressive performer in the National League North last season.

Regarded as a determined and committed defender, Bajrami was born in Birmingham to Albanian parents and bounced back from two unsuccessful trials to eventually earn a scholarship with the Blues.

He skippered Birmingham’s Under 18s to the semi-finals of the 2017-18 FA Youth Cup and went on to earn himself a professional contract and the Under 23s captaincy, while also representing Albania at youth level.

Bajrami was given his first-team debut by former manager Pep Clotet in an EFL Cup trip to Portsmouth and was then handed back-to-back Championship starts against West Brom and Hull City.

His development continued with a loan move to Solihull which was frustratingly curtailed by Covid and the following season he ended his stay at St Andrew’s with silverware, beating Sheffield United Under 23s in the national final of the 2020-21 Professional Development League.

He was snapped up by Kiddy last summer and stated his desire to get a full season of men’s football under his belt – something he achieved by making 42 appearances and establishing himself as one of the best defenders in the league. 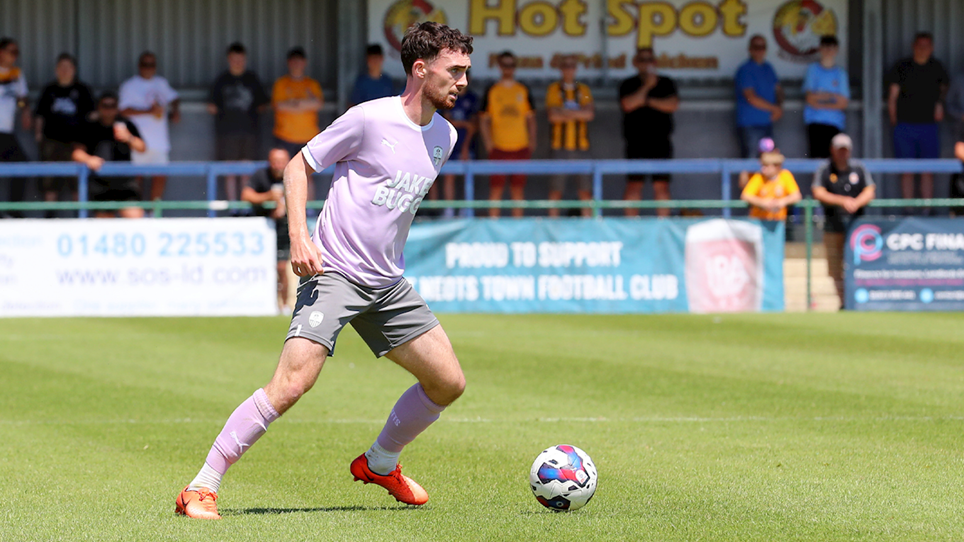 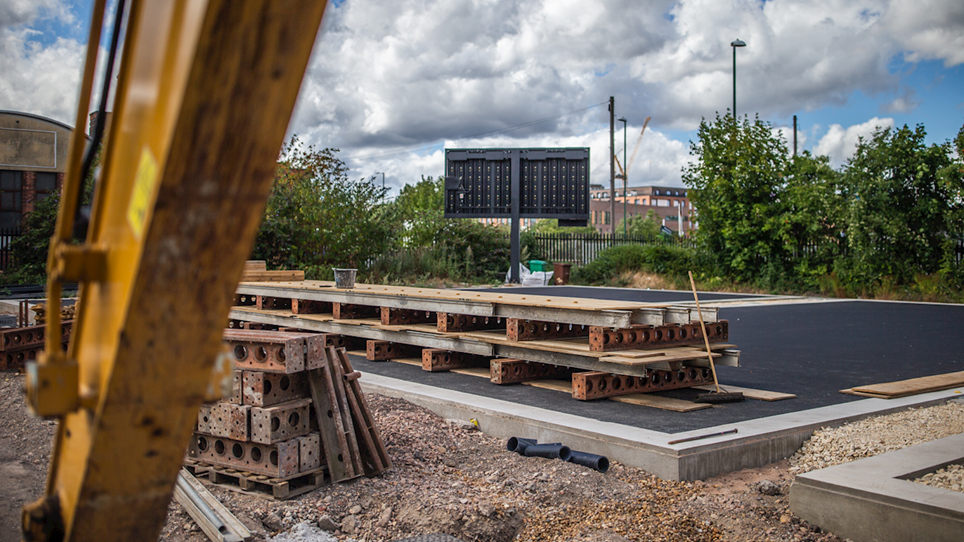 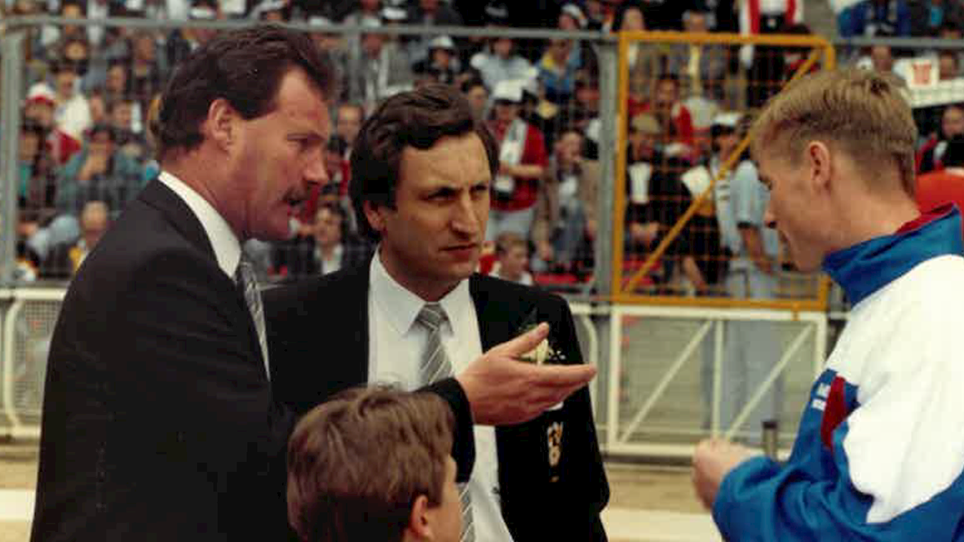 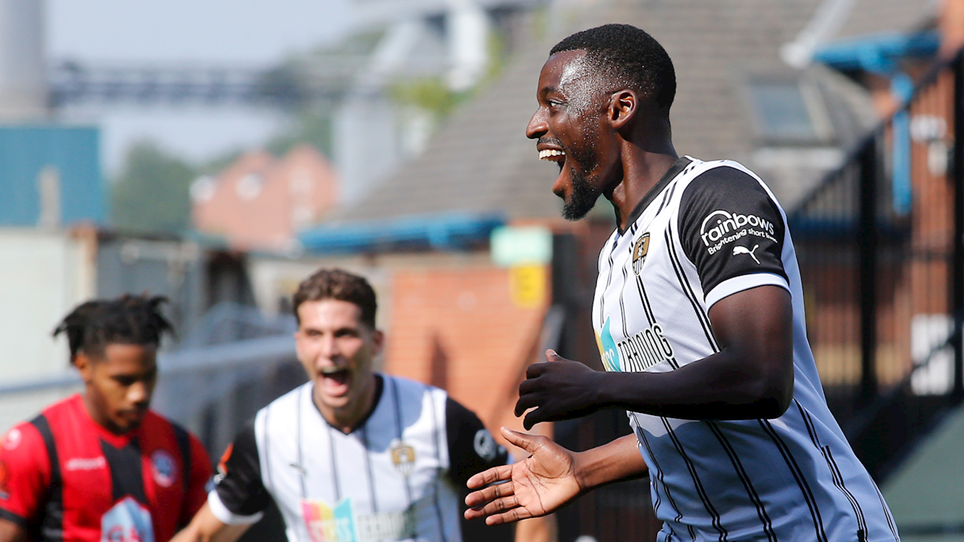