A first-half brace from Macaulay Langstaff and a stunning Joel Taylor strike gave us a convincing opening-day victory over Maidenhead at Meadow Lane.

Langstaff continued his excellent pre-season form into his debut with two fine finishes, leaving the stage set for Taylor to round off the scoring with a 25-yard thunderbolt.

With Aaron Nemane (suspended) and Connell Rawlinson (injured) his only unavailable players, Luke Williams selected a back three of Kyle Cameron, Aden Baldwin and Richard Brindley in his first match in charge.

Taylor was deployed as a right wing back, with Adam Chicksen operating on the opposite flank, while Ed Francis got the nod to shield the defence in holding midfield.

Ahead of him, Jim O'Brien, Ruben Rodrigues and Sam Austin were tasked with supporting Langstaff.

After a slightly shaky start which saw Emile Acquah escape into our area only for Baldwin to recover well, we soon got hold of the game and began to dominate possession.

We were up against a resolute and determined Maidenhead defence, though, and had to wait until the 16th minute for our first half-chance as Langstaff got into the area but couldn’t connect well enough with his left foot.

That proved to be merely a sighter for Langstaff, though, as the pacey forward opened his – and our – 2022-23 account shortly afterwards. The goal came at the end of a lightning-quick move which saw Rodrigues and O’Brien combine to send the summer signing into the box, where he was able to power the ball beyond Dan Gyollai.

Austin was the next man to have a go, seeing his 20-yard effort pushed wide as the visitors continued to put up a stubborn resistance.

And they threatened an unlikely goal shortly before the break when Acquah got round the back once again, only for Baldwin to make a big block.

We responded immediately with an O’Brien volley which dipped over the angle of post and crossbar and, shortly afterwards, our lead was doubled.

This time Taylor and Austin linked up to supply Langstaff in the area, who showed fantastic feet to work space for a left-footed shot which zipped across goal and in at the far corner.

It was so nearly three before the whistle when Rodrigues was clattered on the edge of the box before sending the subsequent free-kick just wide.

But we had the third goal just before the hour – and it came in sensational style as Taylor cut in from the right and rocketed a left-footed shot into the top corner from 25 yards.

Desperate for his hat-trick, Langstaff came within inches of turning a low Austin cross home before, with 14 minutes to play, he latched on to a loose ball but couldn’t get his shot away before the covering defender reached him.

That was to be his final opportunity to make it the perfect debut as he was replaced by his former Gateshead strike partner Scott – but there was no surprise when Langstaff was confirmed as Man of the Match shortly before full-time.

The final throes of the match proved scrappy and the visitors could have notched a consolation through Adrian Clifton, who lifted an effort over the bar from six yards after receiving a low right-wing cross.

But in the end our clean sheet remained intact as we commenced the campaign with a convincing win. 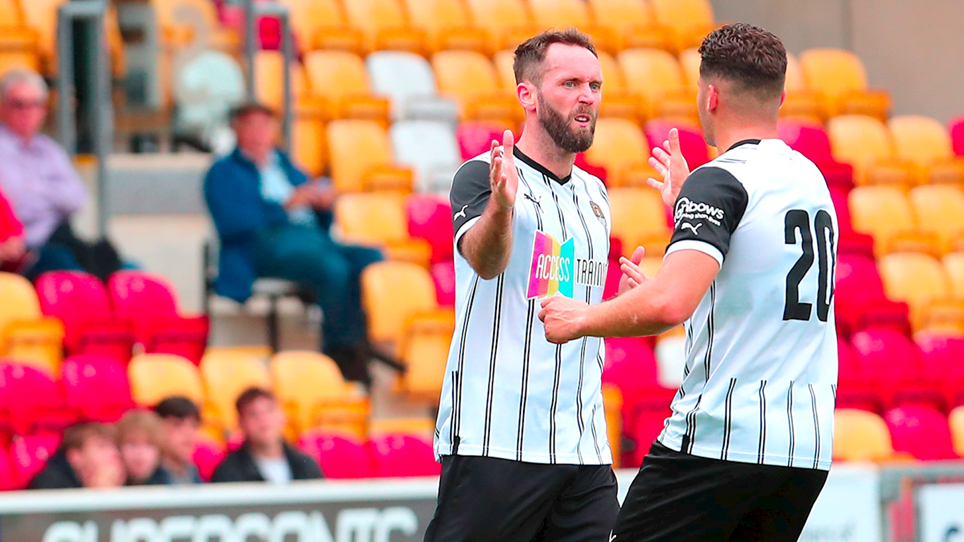 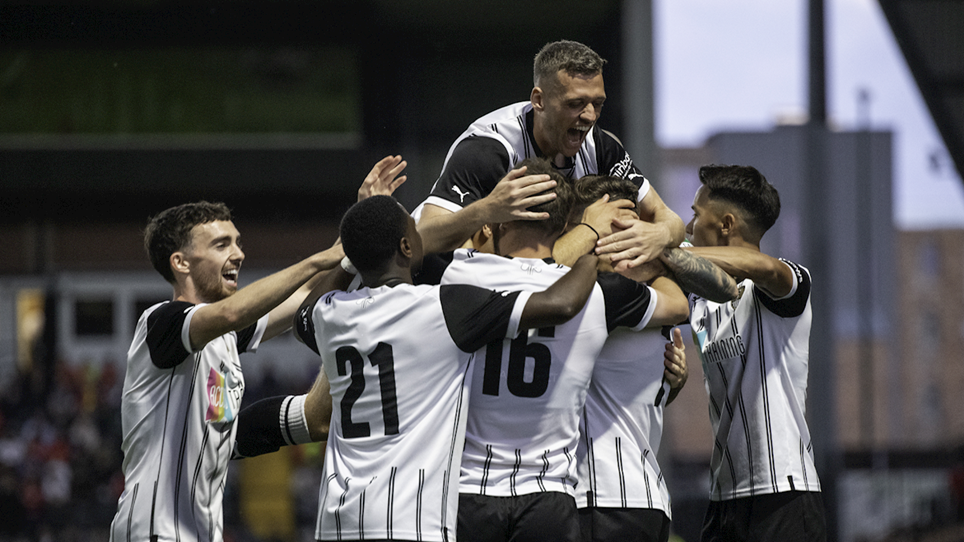 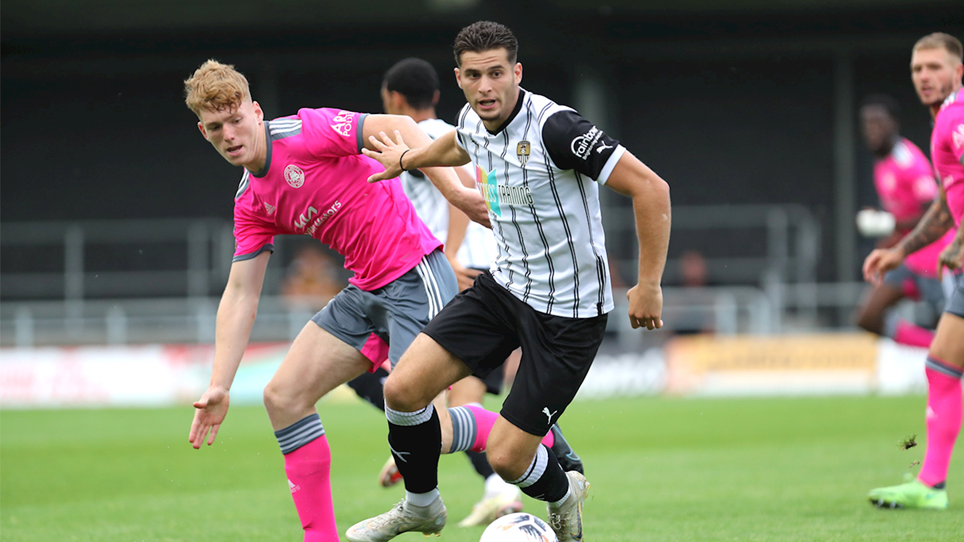