Sunderland have recalled Anthony Patterson from his loan following an injury to one of their goalkeepers.

The 21-year-old produced a number of impressive performances following his arrival as cover for the then-injured Sam Slocombe, going on to extend his loan until 9 January.

But he will now return to the Stadium of Light after the Black Cats exercised their right to return him to the north-east early.

Our head coach Ian Burchnall said: “As much as we rate and value Sam, Anthony has added tremendous competition to our goalkeeping department. We’re keen to see him return and have had positive dialogue with Sunderland to that effect.

“Anyone who has watched Patto during his time with us will understand the benefit this loan will have had to him as a keeper. His skillset is very well suited to the way we want to play and we feel we can continue to drive his development forward and contribute to him realising his huge potential.

“Anthony’s form means we have been able to give Sam the time he needs to get back to full fitness and we now look forward to getting him back between the sticks and benefitting from the terrific qualities and experience he brings.”

In other goalkeeping news, coach Jake Kean has this week departed the club to join Burton Albion and Tiernan Brooks has returned from a very beneficial loan spell at Worksop Town.

Kean joined us at the beginning of the 2019-20 season and quickly became a popular figure behind the scenes at Meadow Lane.

And he says he will forever be grateful to the club for giving him his first coaching role after taking a step back from playing.

“From minute one I’ve thoroughly enjoyed my time here – I wouldn’t change any of it for the world and the club will always mean a lot to me,” he said.

“I’m hugely grateful to Neal Ardley for giving me the chance to come here initially, and to Ian Burchnall for keeping me on. I’ll miss working with him and Michael Doyle each day and hope we will be reunited at some point in the future.

“I’ve been given the freedom to do my job, which has been massive. I’ve never been held back and hopefully that has been reflected in the work and the performances of our goalkeepers. Each of them have been brilliant and I thank them all for making my job a lot easier with their professionalism and dedication.

“Sam Slocombe’s performances and actions speak for themselves – he’s been a pleasure to work with. Tiernan Brooks has improved a lot over the last year or so and I hope he continues to do so because he has a lot of potential. Working closely with Sam, and being able to watch such a talented young goalkeeper in Patto up close, will help his progression no end.

“Away from the coaching side, being part of the staff side has been a real eye-opener. I didn’t really understand the levels of day-to-day planning and the internal work that goes on at a football club. I’ve really enjoyed getting to know the club inside out and couldn’t have wished for a better place to start my coaching career.

“The infrastructure of the club, with the owners, the gaffer, the staff, the players – it’s all set up for success. Hopefully the fans are enjoying the way we play football and can see the benefits of it.

“My son Rudy’s very first football shirt is a Notts one. He loves wearing it and my whole family will miss coming to the ground and seeing all the brilliant people who work here. Hopefully one day we will be back but, in the meantime, I wish everyone all the best and will be watching the club’s progress closely.”

Burchnall added: “On behalf of all the staff I would like to wish Jake well in his new role.

“He's been a huge support to me since my arrival and I know all the players have enjoyed working with him over the years he’s been here. We thank him for all his efforts.

“Work is well underway to find Jake’s replacement and we expect to have an update in the near future.” 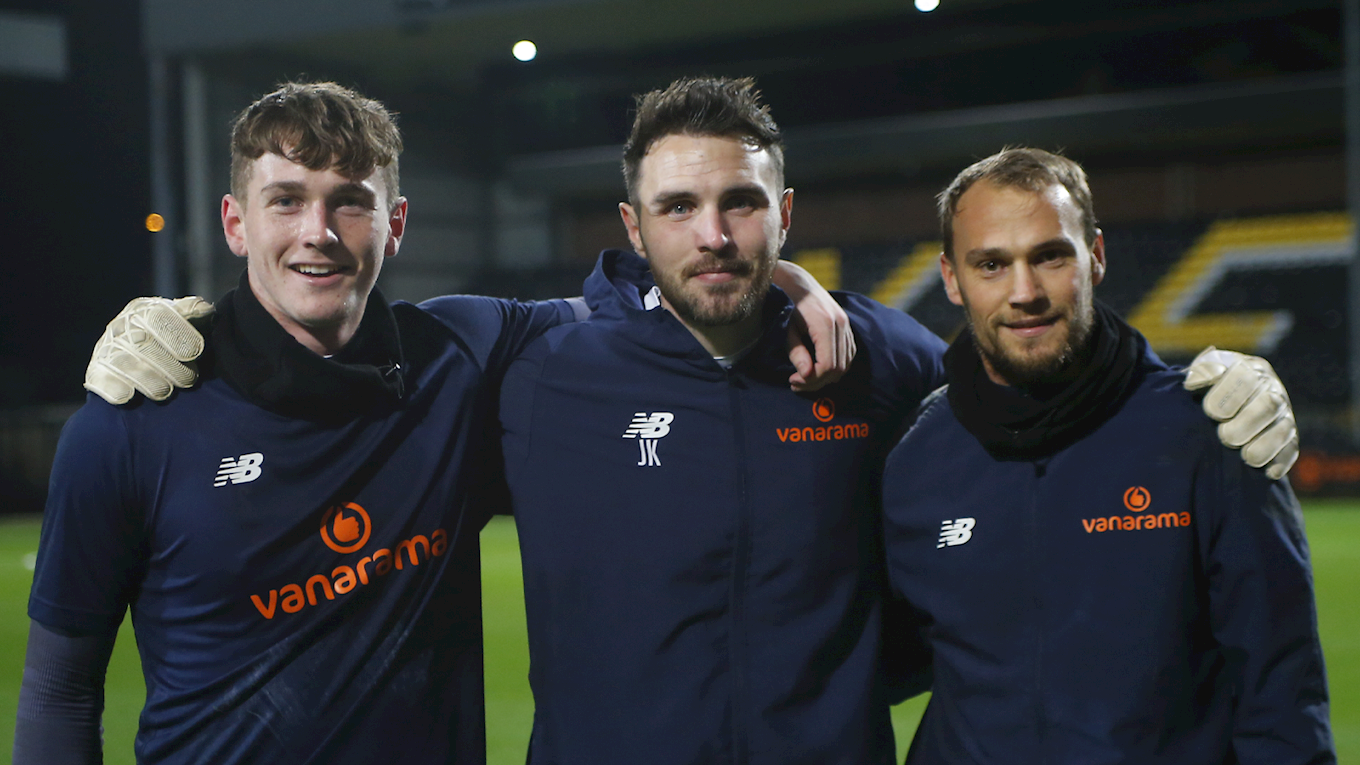