We are delighted to announce the appointment of Ian Burchnall as our new head coach.

Burchnall, 38, arrives with eight years’ experience working in the Scandinavian top tiers and is regarded as one of football’s most exciting young coaches.
Possessing a background in youth coaching, Burchnall’s first senior role came as Brian Deane’s assistant at Norwegian side Sarpsborg in 2012. He then took the same job at Viking FK, paving the way for him to become their manager in 2017.
Off-field issues led to his departure, much to the disappointment of Viking’s supporters, but he was quickly invited to move across the Swedish border to replace now-Brighton manager Graham Potter at Ostersund FK.
Potter had led the club on a meteoric rise through the Swedish football system, culminating in the club’s remarkable qualification for the Europa League, and Burchnall, who had previously worked with Potter while coaching university football in Leeds, was chosen as the man to fill his boots.
Despite the club’s decision to sell numerous key players, Burchnall led Ostersund to a sixth-place finish, one point and a place below the record set by Potter the previous year.
His second season began strongly before off-field problems emerged once again, eventually leading Burchnall to leave his post last summer to pursue his next opportunity in the UK.
And our owners, Chris and Alex Reedtz, are thrilled that Burchnall has chosen Meadow Lane as his next destination.
“We are tremendously excited to welcome Ian to the role of head coach,” said Chris and Alex.
“As part of our ongoing extensive research, we compile detailed profiles of many different coaches and Ian stands out as an outstanding prospect.
“Despite his young age, he has tremendous experience of working in top-flight football and has been linked with several international and club roles since his departure from Ostersund. We feel very lucky to have him and have every confidence that he is the right man to complement our model.
“It’s our hope that Ian will be able to continue our push for promotion this season but we understand it will take him time to fully implement our philosophy. He is a long-term appointment for this club and his performance in the role will be judged on that basis.
“We think supporters will share our appreciation of Ian’s passion for coaching and his willingness to take risks and meet difficult challenges head-on, as he did during his time in Scandinavia, and we’re very excited to see him lead the team for the first time in Saturday’s Buildbase FA Trophy semi-final against AFC Hornchurch.”
Burchnall will be assisted by former Scotland and Rangers full-back Maurice Ross, who has also coached in Scandinavia before most recently being Motherwell’s first-team coach.
Chris and Alex will introduce their new head coach to the media this afternoon. 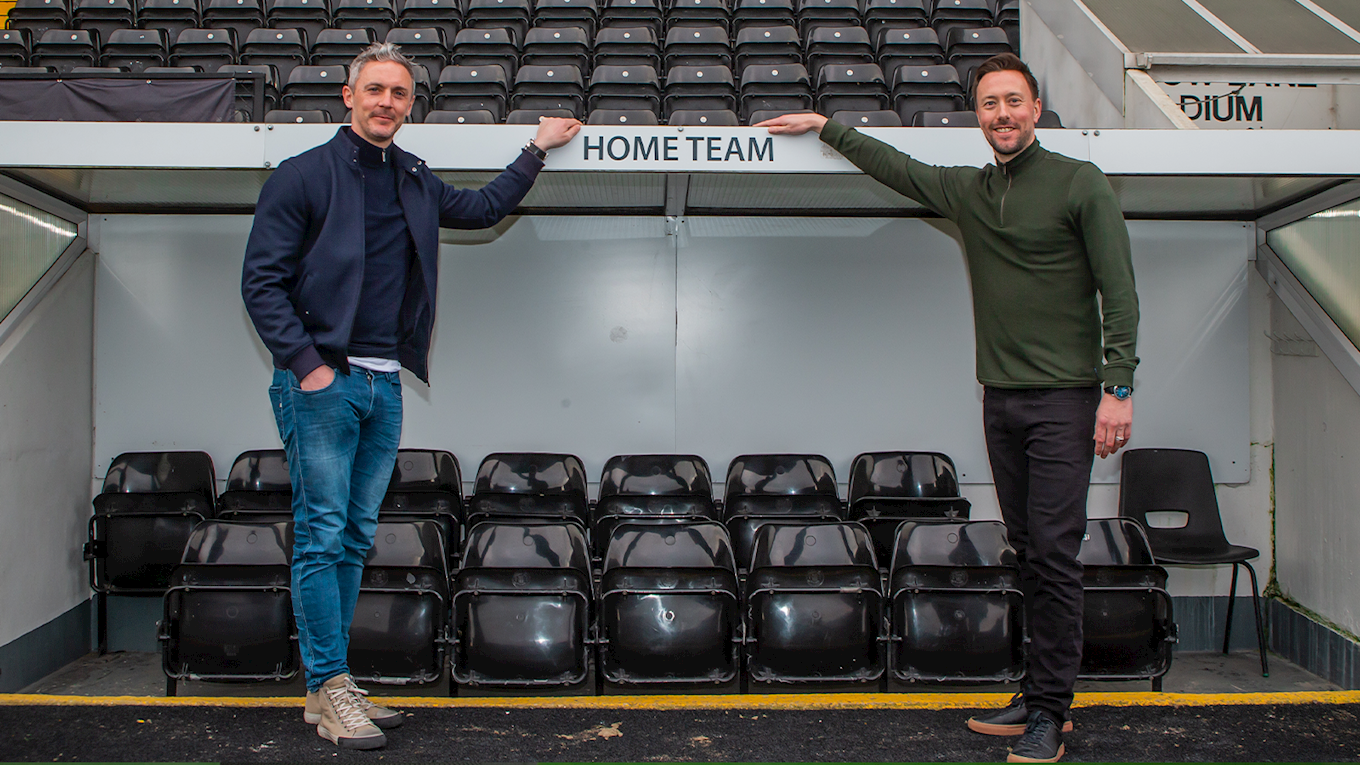