We suffered a 4-2 extra-time defeat at Torquay United in the Vanarama National League play-off semi-finals.

After twice coming from behind thanks to excellent goals from Ruben Rodrigues and Adam Chicksen either side of the break, we headed into an extra 30 minutes to try and book our place in the final.

But two quickfire goals from the hosts - the second a penalty which should never have been awarded against Mark Ellis - left us with too much to do in the second period as the home side progressed.

We had the nightmare start as, within 40 seconds of kick-off, Danny Wright's header took a big deflection off Chicksen and nestled in the back of the net.

But we settled into the game and created an excellent equaliser when Enzio Boldewijn did well to release Kelly-Evans, whose perfect cross was matched by a brilliant Rodrigues header into the top corner.

Richard Brindley, stepping forward from defence, curled the ball just over, Rodrigues saw a shot blocked and Kyle Wootton was off-target with a headed effort before the referee called time on what had been a strong half overall.

But we were guilty of poor focus once again shortly after the restart when a move broke down on the left-hand side, allowing the Gulls to burst forward on the counter with Wright applying an excellent finish to bag his second.

Within minutes, however, we were level again when Brindley nodded Rodrigues' corner down in the area for Chicksen to smash the ball home via the underside of the bar.

Slocombe made a good save to deny Kyle Cameron and Rodrigues sent a low shot just wide of the post before Ian Burchnall's first substitution saw Boldewijn make way for Jimmy Knowles.

And, after Ben Wynter had sent a good opportunity over and our defence was called upon to make two big blocks, Burchnall's next change saw Calvin Miller make way for Jordan Barnett towards the end of a second half which ended in stalemate.

There were no further changes at the beginning of extra time but Wootton had a good chance to alter the scoreline in our favour within two minutes of kick-off, sending a left-footed shot over from inside the area.

And, 10 minutes later, we were cursing our missed opportunities when Asa Hall got into space in the area to head his side back ahead from a corner.

Our task was made even harder shortly after the restart when, despite clearly playing the ball, Ellis was booked for what the referee deemed to be a foul on Connor Lemonheigh-Evans, allowing Dean Moxey to make the score 4-2 from the spot.

We should have reduced the deficit before half-time but Wootton couldn't beat the keeper with a close-range header before Rodrigues struck the bar on the follow-up.

Griffiths then sent a low shot inches wide of the post early in the second half but time soon began to run away from us, with Wootton's excellent acrobatic effort which saw the ball fly just over proving to be the final attempt of a long and arduous 2020-21 campaign. 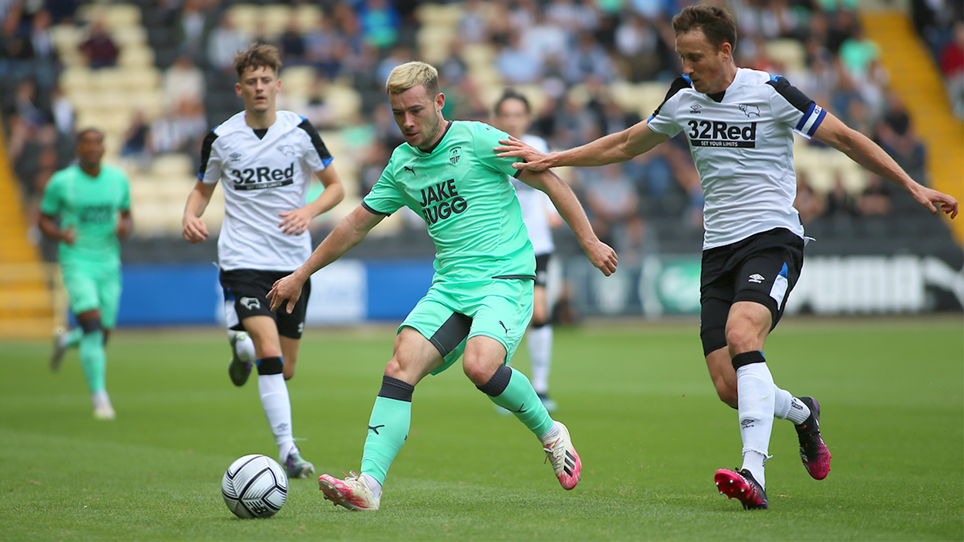 
Late goals in both halves consigned us to our first pre-season defeat of the summer. 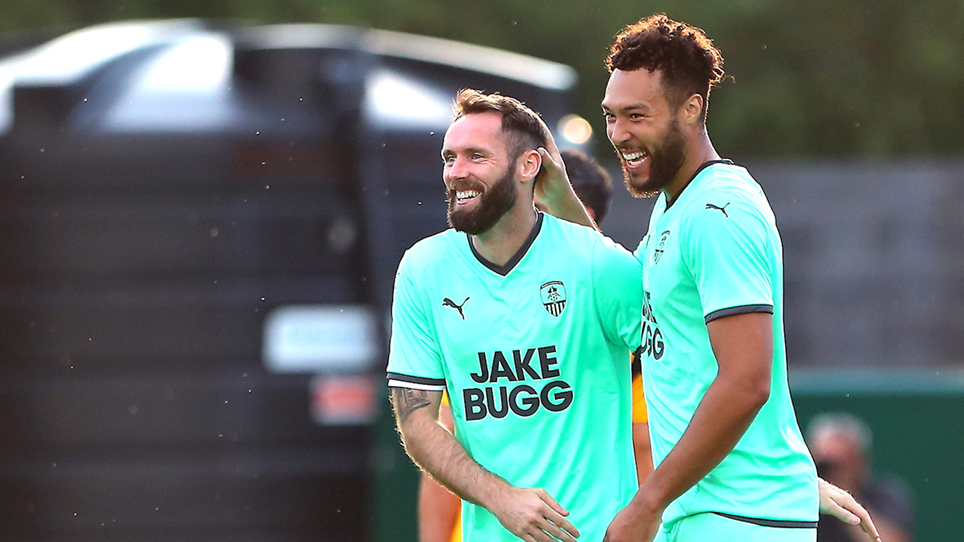 
Andre Wright, Kyle Wootton and Elisha Sam fired us to victory at Boston United - but we lost Lewis Knight to injury. 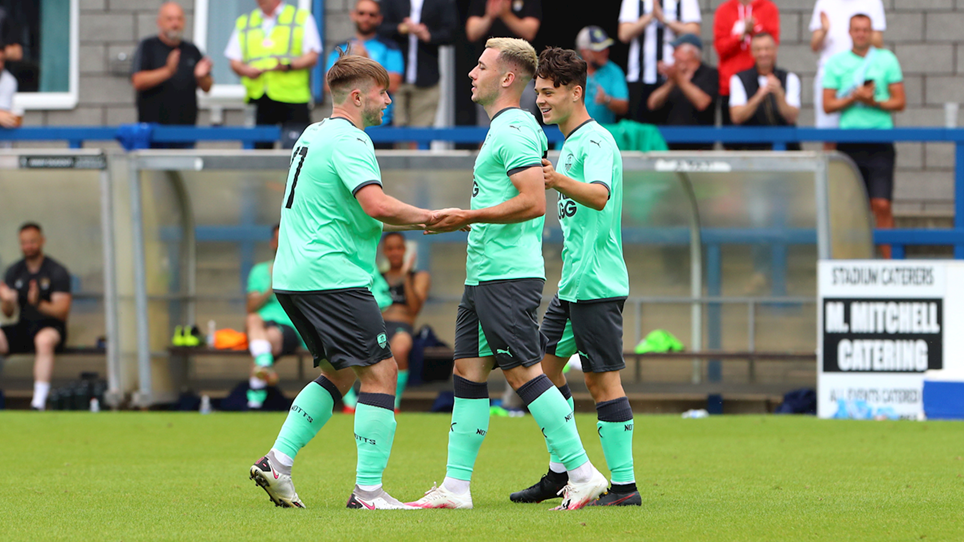 
Cal Roberts marked his return to action with a stunning goal as we eased past AFC Telford in our second pre-season friendly. 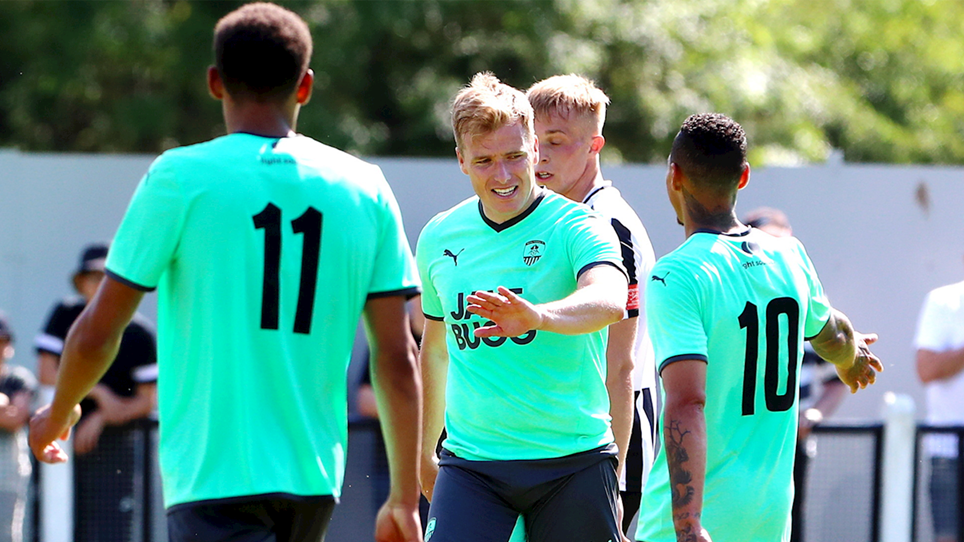 
Second-half goals from Damien McCrory and Kyle Bennett earned us a 2-0 win at Coalville Town in our first friendly ahead of the 2021-22 campaign.