Our new signing Aaron Nemane says he’s accustomed to life in the National League and determined to contribute goals and assists this season.

The former Manchester City youngster racked up 30 appearances for Torquay United before signing a two-year deal at Meadow Lane today.

And Nemane believes he has already gained invaluable experience which will help him succeed in the black and white.

“I’m as comfortable playing Maidenhead away as I was playing at Real Madrid in the Youth Champions League,” said the 23-year-old.

“It was a good experience playing against massive teams but I’m here now and I’ve adapted to it.

“We played Notts three times last season and I like their style. They struck me as a very good side and it’s a massive club, so it was a no-brainer for me to come here.”

The back-end of Nemane’s 2020-21 campaign was disrupted by injury but he nearly feels back to his best.

“I’m not far off,” he said. “I just need to keep working in the gym and then hopefully I’ll be back to full fitness very soon.

“I can’t wait to get on the ball, take players on and create chances. I want to add more goals to my game, along with assists, and that’s what I’m going to try and do this season.

“I’ll do my best wherever the manager puts me but I’m comfortable out wide and in more central positions. We’ll just have to wait and see!”

Nemane will be reacquainted with a familiar face at Meadow Lane following Ed Francis’ arrival.

“I’ve played with Ed quite a few times when he played up the age groups at City,” said Nemane. “He’s technically gifted and will definitely be a good addition to the team.” 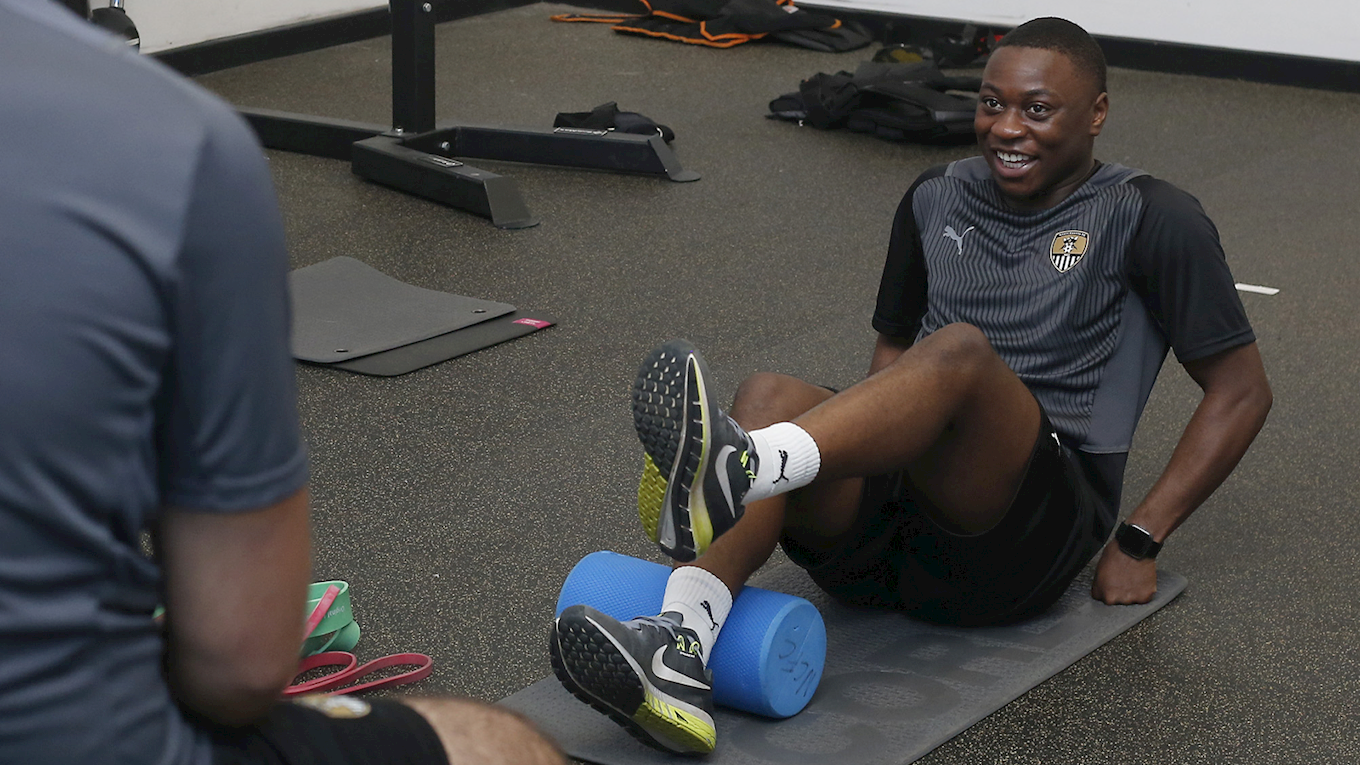