Kyle Cameron has been named our captain ahead of the 2021-22 season, with Kyle Wootton assuming the role of vice-captain.

Cameron, 24, arrived at Meadow Lane this summer after leaving Torquay United, where he often filled the role of skipper in the absence of Asa Hall.
And Ian Burchnall believes the captaincy will help Cameron take his career to the next level.
“I think Kyle can grow with this role,” said the head coach. “He’s a clear leader who wants to develop those qualities further, and I’m delighted to give him that opportunity.
“He may be young, but he’s experienced and is already a highly-respected member of the squad.
“I also feel he will do an excellent job of connecting the younger and older players in the group.
“Wootton is another much-loved character at the club. He may not be the ‘typical’ vocal leader but he sets a great example every day.
“He’s a top professional who supports people – an all-round good human being who will bring a different kind of leadership.”
Cameron is delighted to have been entrusted with such an important role.
“I spoke to the gaffer when I came in and put my name forward for it – knowing I’ve had three years as vice-captain at Torquay,” he said. “I learned a lot from Asa in that time.
“To be a captain at 24 makes me very proud, especially when you consider what a great club this is and what a superb group we have.
“Not only do we have a lot of quality, we have plenty of leaders who demand the upmost day in day out. With those kind of characters in the squad you won’t go far wrong in the long run.
“Whether or not it’s me or Kyle wearing the armband we both know there will be 11 leaders on the pitch helping the group in their own individual way, whether that’s vocally or by setting examples in the way they play.
“I really can’t wait to get started now - here’s to a successful season ahead.”
And Wootton was equally thrilled to receive the good news.
“I’ve had a few discussions with the head coach about it and I’m delighted,” said the forward.
“It’s a great achievement for myself – I’m proud, especially to be at a club like this – and I’m really looking forward to the season and picking up where we left off towards the end of the 2020-21 campaign.
“I’m delighted that Cam’s got the captaincy, too. He’s a great guy and the fans will love watching him. We get on really well – we go out for coffee with a few of the other lads regularly.
“There are big things ahead – you can see our patterns of play starting to come together and there’s a great feeling around the group. It’s up to me and Cam to keep that going – if anyone’s unhappy they can come to us and we’ll help them out.
“It’s not only us, though – there are big players like Jim O’Brien, Sam Slocombe, Connell Rawlinson and Adam Chicksen who will all be ready to step up as well.” 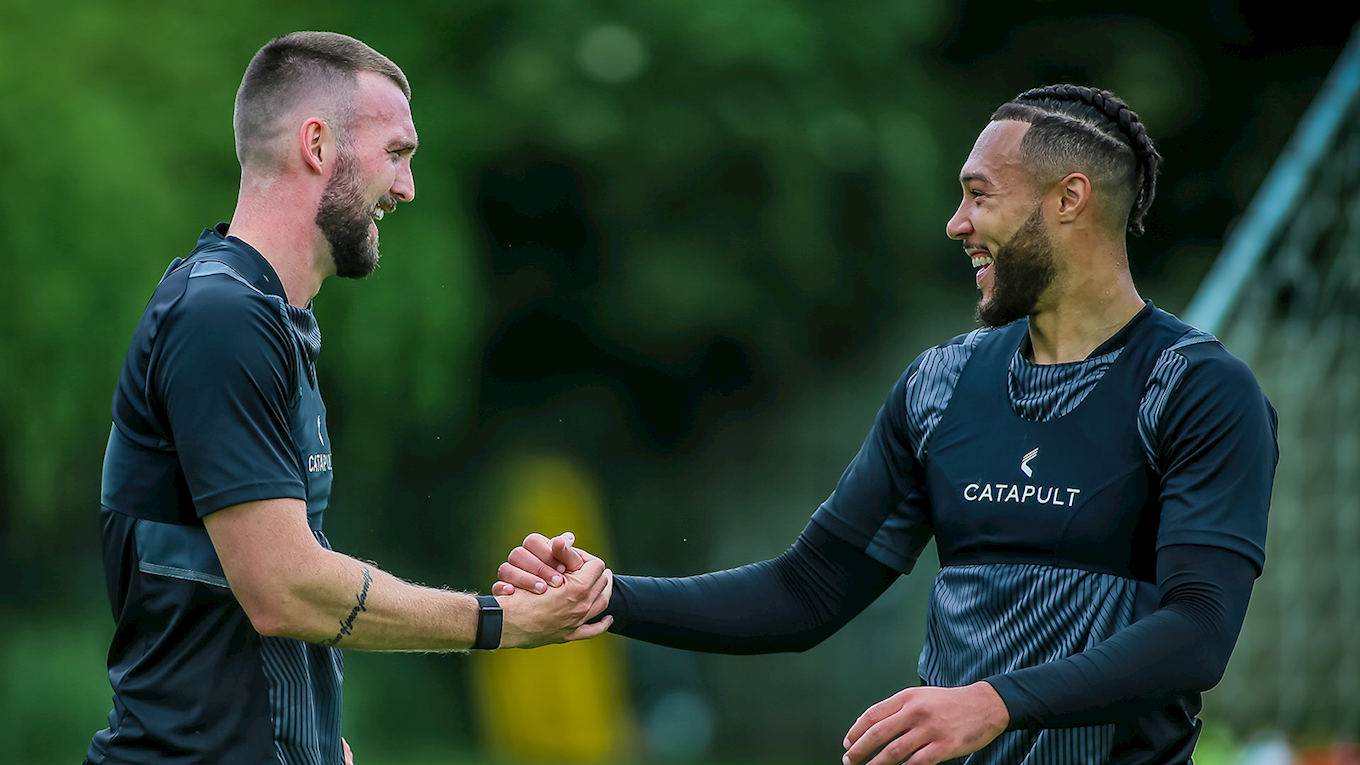