The man on loan from Harrogate is in line for a debut this weekend,

Calvin Miller says he already feels so comfortable at Meadow Lane that he’d consider making his move permanent at the end of the season.

The Scot joined us on loan from Harrogate earlier this week and his contract is up when the 2020-21 campaign concludes.

And he’s been so impressed with what he’s seen from the club so far that he’s already thinking about the possibility of becoming a permanent part of Neal Ardley’s plans.

“If I compare the start I’ve had here with when I went into Harrogate, I feel so much more comfortable here,” revealed Miller.

“I don’t know if that’s just the manager’s attitude towards me but I feel like I’ve been here a long time already. For me, that’s key because it’ll help me with my performances.

“I know I’ve not even played a game yet but it’s nice to feel comfortable and if the manager really likes me, which he’s said he does, I’d be more than happy to stay here and keep doing a job for the team. I really want to hit the ground running and impress.

“This is a massive club pushing for promotion to the EFL and that’s another reason I was attracted to Notts. Everyone wants to come to a side that’s going to win leagues, so if that happens here I’d be more than delighted.” 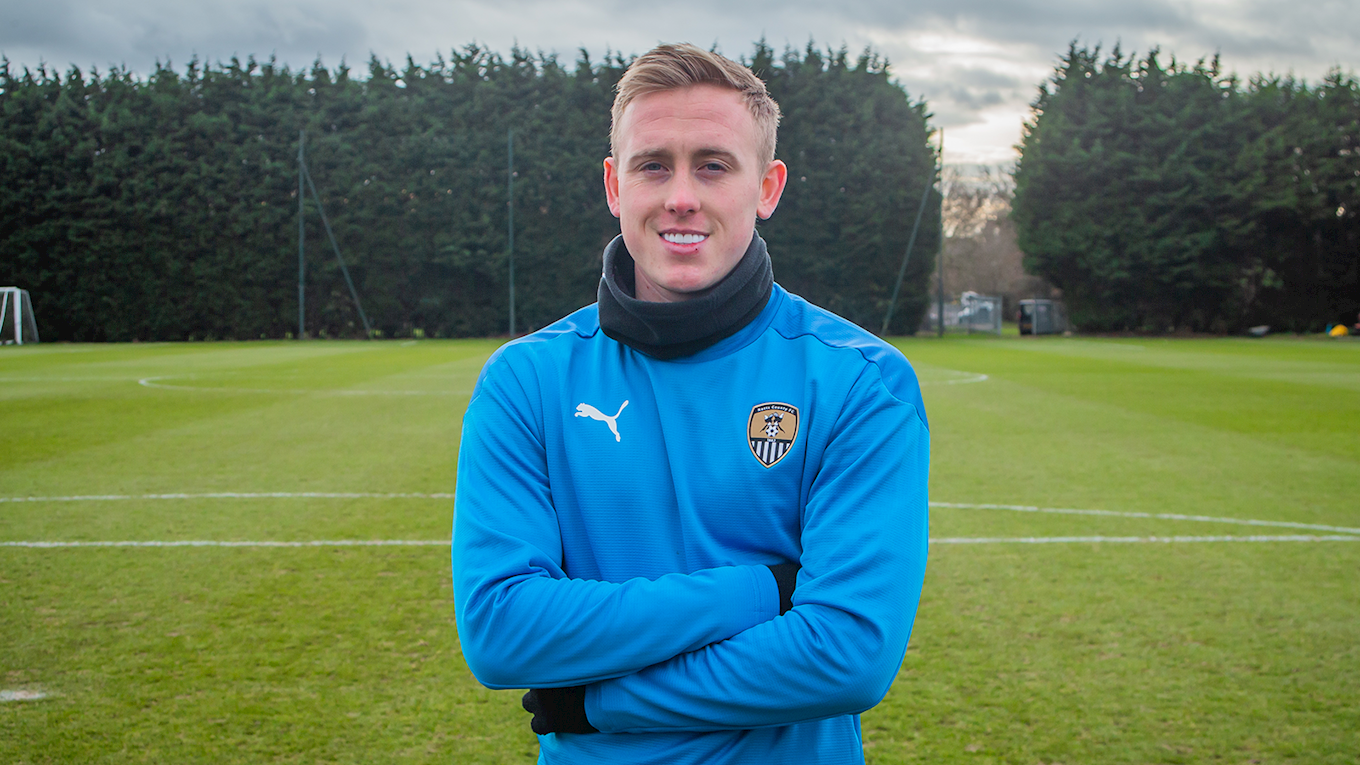 Despite enjoying a positive start to the season with Harrogate, who he joined from Celtic this summer, Miller was surprised to find himself in and out of the team before it became clear he would need to move on.

“The manager told me at the start of the window that he’s changing his shape and that he’s not going to play with wingers, so I found myself in a position where I needed to go elsewhere and play games,” said the 22-year-old.

“Last year I was out with injury and I put so much hard work in to get back fit, so there’s no point in me waiting about. I want to go and get as many games as I can in my career and develop as much as I can.

“Hopefully I can be in the squad on Saturday, hit the ground running and get the win.”