The manager caught up with the media to discuss another cancellation.

Neal Ardley has revealed that the squad were devastated to hear that yet another match has been postponed due to Covid – but says we must brush off this latest disappointment and get ready for the next challenge.

We were due to visit Yeovil Town on Tuesday evening but, for a second time, the fixture was postponed due to a Covid case at Huish Park.

Having not played a Vanarama National League match since 28 December the news has been a source of huge frustration – as has our inability, once again, to find an alternative opponent.

But Ardley is keen to keep everyone focused on this season’s end goal.

“We have to get our mind round it, grit our teeth and get on with it,” said the manager.

“The season will even itself out – everyone’s got to play 44 games and we all have the same number of points to play for. Let’s just try and do it.

“None of it’s ideal, including having no fans, but let’s really graft, try to come together to get these games done and have an end result to a season we’ve all worked really hard to get to this point.” 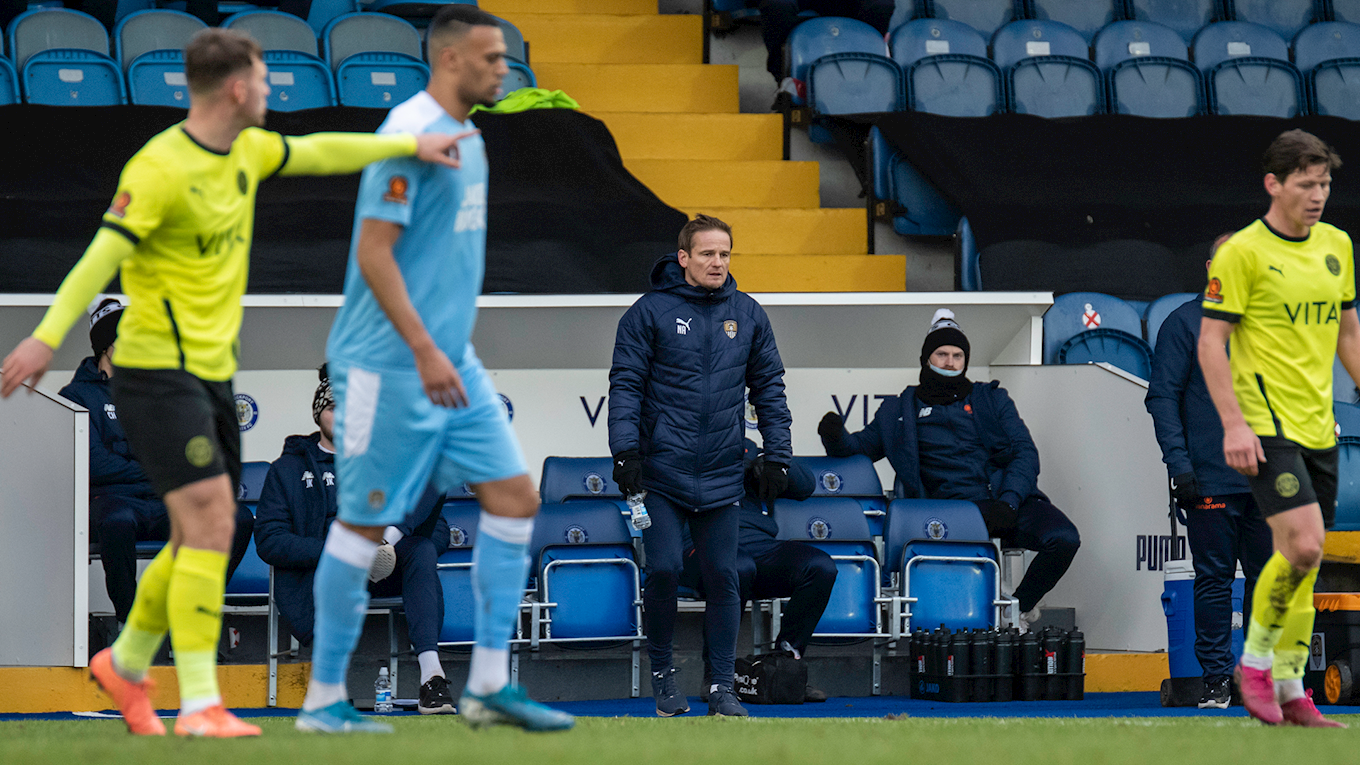 Away from the league, we were this afternoon drawn to visit National League South side Havant & Waterlooville in the fifth round of the Buildbase FA Trophy.

And Ardley is challenging his players to live up to the club’s billing as one of the favourites to win the competition.

“We’re more than good enough to get to Wembley,” he said.

“The National League is the strongest in the competition so we should feel that, if we’re at it in every game, we have a great chance of going into the later stages.

“The boys want to win football and play games, so we’re not going to moan about the traveling.

“At the moment, we just want to look forward to playing a game of football.”