The skipper shares his thoughts ahead of Saturday's match.

Club captain Michael Doyle says the onus is on the team to deliver improved results, starting on Saturday at Altrincham.

The midfielder returned to the starting line-up recently following a spell out injured, slotting back into the side for the frustrating trips to Torquay and Eastleigh.

And, having picked up only one point from those two matches, Doyle delivered a frank assessment of our current situation when he met the media this morning.

"I think people are sick of hearing the players talk," he said. "We’ve got to back it up now on the pitch – it’s as simple as that.

"I know what supporters want – they want us to win. Clearly, we’re not doing that at the minute and it’s tough.

"I don’t want to patronise anyone – I’m sure the fans are irate at the minute because they want to see their club get back into the EFL.

"As players, it’s time to put up. We’re at a crucial time of the season. Ideally, we want to play well and win but at this moment in time we just want to get results, rise up the table and have a strong finish." 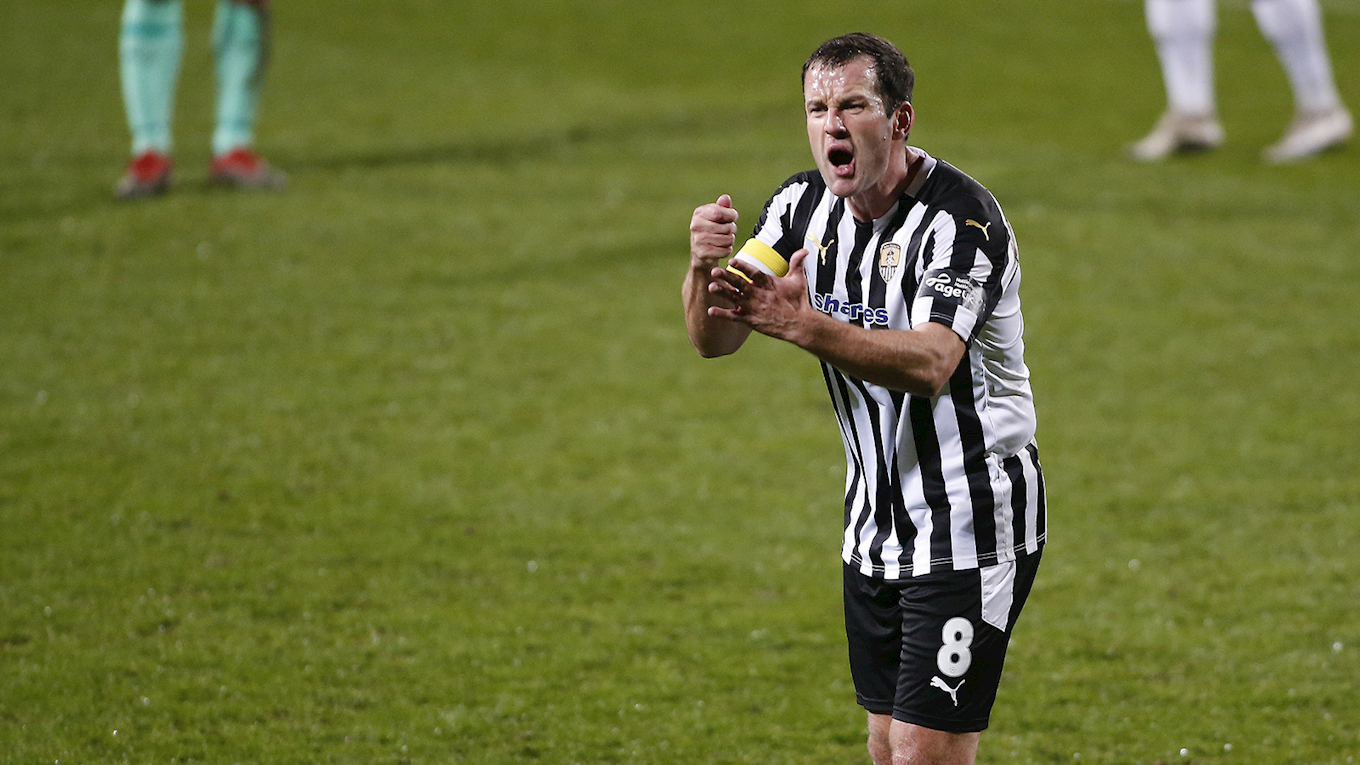 Recent results haven't necessarily reflected performances, with a significant number of chances created and the team controlling the majority of the play.

But Doyle says there's no room for reflection on what might have been.

"You can’t feel sorry for yourself – you’ve got to come out fighting," said the skipper.

"You’re at this club for a reason – you’re good enough to play for a big club like this and there’s an expectation that comes with that.

"You’ve got to stick your chest out, show your qualities and let your performances do the talking."