Neal Ardley has provided updates on Cal Roberts, Ben Turner and Casper Sloth ahead of our final pre-season friendly.

We welcome York City to Meadow Lane on Saturday (3pm) and, while the boss will be without the aforementioned trio, he is pleased to report they are all heading in the right direction.

“We think it’s good news on Cal, which is a relief,” said Ardley, who witnessed the winger being stretchered off following a cynical challenge in Tuesday night’s Trophy tie against Harrogate.

“We’ve looked at his MRI scan and it’s showing no break or ligament damage. He’s still getting tingling sensations and numbness around the area but we think that’s more to do with the fact the swelling is around a nerve.

“We’re hopeful, but I won’t get too excited until I see him walking properly, getting all his feeling back and being able to start jogging with no pain.

“He could turn up on Monday feeling great – that would be the absolute best case scenario, and it could happen. But in the same vein he could not improve for a week or two.

“We’ve built Ben back into training now and Casper returned today (Friday) after missing two weeks. The hard thing will be getting them up to speed with no friendlies left – it might take them a bit longer than if they had been available for more of the pre-season games.” 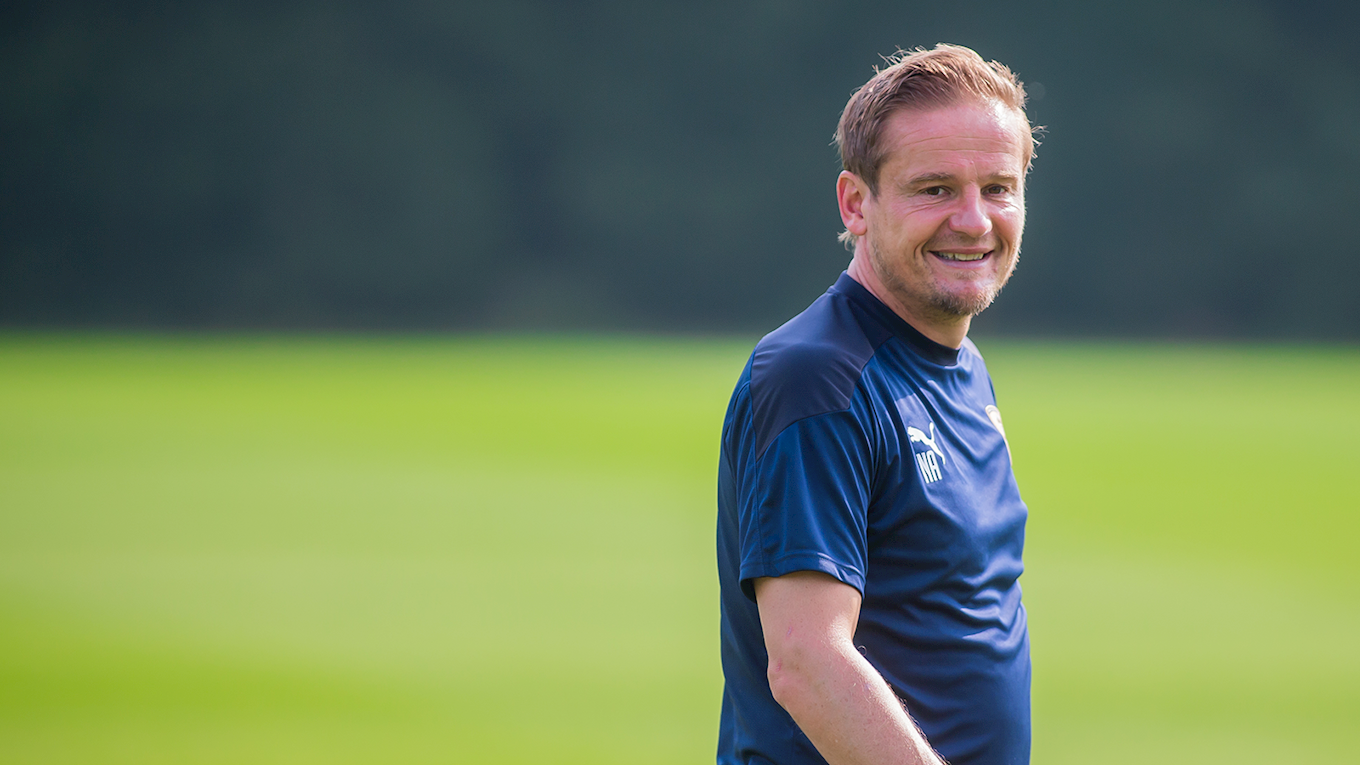 Ardley is likely to have Jim O’Brien’s services at his disposal this weekend after the Scot trained for the last two days with no issues despite failing a fitness test ahead of our midweek match.

And the manager is generally very pleased with the physical levels of his squad as the 2020-21 Vanarama National League campaign looms large on the horizon.

“By the time we finish this game I believe, bar perhaps Casper, Ben and Cal, the players will be absolutely ready to start that first game,” said Ardley.

“We’ve got every minute logged for everyone and we’re going into a Saturday-Tuesday scenario, so it would be very careless of me to overplay some because they’re more likely to start and underplay others and leave them not physically ready to play.

“Ultimately, the players are still learning about me and the demands I put on them and they need their playing time. We’re working on all of that.”

We will be providing a free live stream of the York match, complete with commentary from Les Bradd and Charlie Slater. Click here to find out more.