Neal Ardley is hoping to give all his new arrivals a run-out in this weekend’s pre-season friendly at Ilkeston Town.

The boss has so far added four to his ranks in Ruben Rodrigues, Jake Reeves, Casper Sloth and Elisha Sam.

And, while he knows he needs to carefully manage his recent recruits, he’s hopeful they’ll all have a part to play when our pre-season schedule gets underway at the New Manor Ground on Saturday (3pm).

“I’m hoping all the new signings will feature,” said Ardley.

“Players like Michael Doyle and Jim O’Brien might be ready to play a few more minutes after the work they put in for the play-offs, compared with Elisha, Casper, Ruben and Jake who have had months with no football.

“We don’t want to kill them too early, so there’ll be some players who get more minutes than others.”

Ardley is light on defenders due to injuries to Alex Lacey and Ben Turner, while Damien McCrory isn’t ready to feature as he continues his rehabilitation from a knee injury.

That leaves Connell Rawlinson as the boss’ only available centre back, with young defender Ben Garwood likely to play some part after stepping into first-team training this week.

“We’ve got a couple of injuries – people who picked up niggles on day one – and we’re very light in certain positions, particularly at the back,” said the boss.

“We haven’t got enough fit players to give them 45 minutes each. There’s a group of four or five who might have to play 75 minutes, which isn’t ideal, but they’ll do it in fits and starts – there’ll be a lot of players coming on and off.” 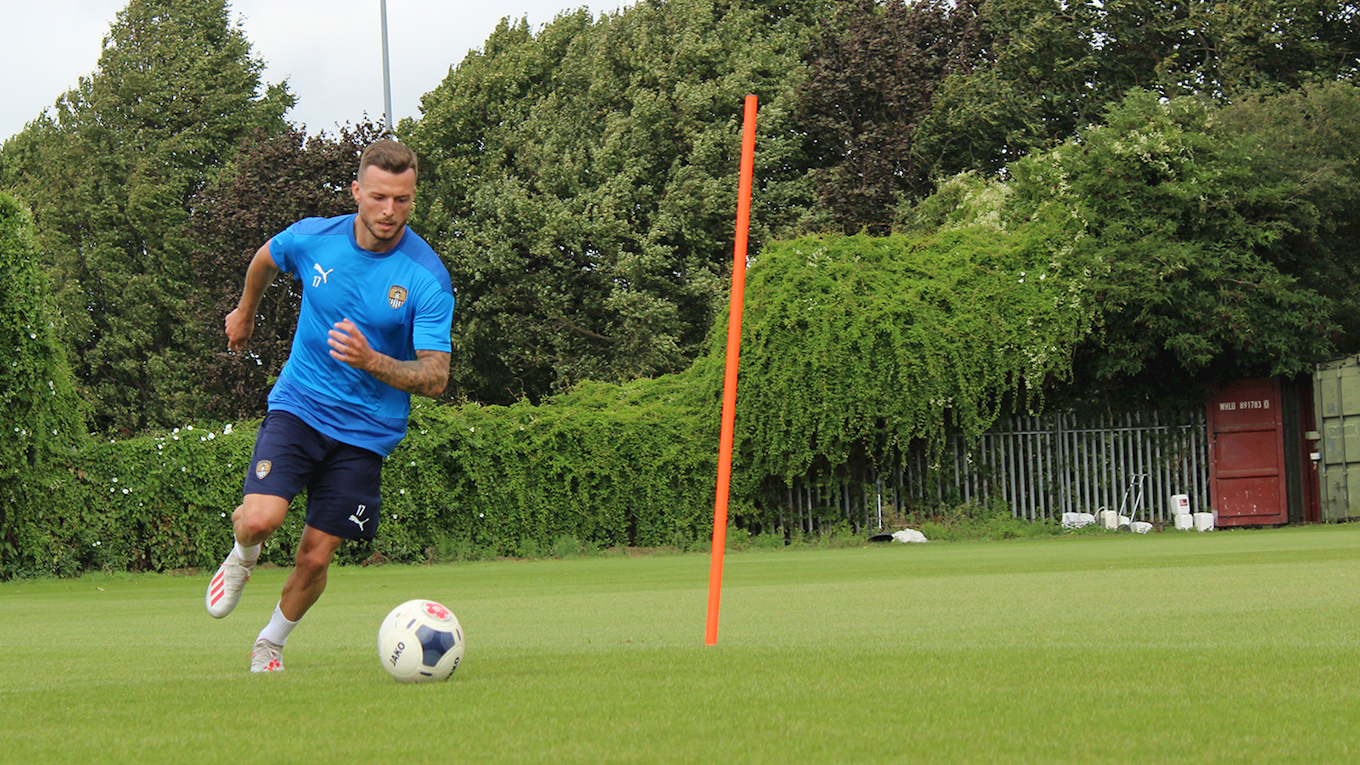 Ardley is in the unusual position of having to plan for a competitive fixture in the middle of pre-season, with Harrogate set to visit Meadow Lane for the semi-finals of the 2019-20 Buildbase FA Trophy in mid-September.

Harrogate will already have begun their league season while we will only have played two friendlies.

“We need to get through Saturday with no injuries but we’ve got to get the fitness levels up too because ultimately we’re going to be playing 90 minutes in the Trophy,” said Ardley.

“We’ve got to try and get everyone into some sort of condition to have a go at the Harrogate game while also being mindful that the start of the National League season on 3 October is the most important thing.

“We have to give Harrogate our best shot as it’s an opportunity to get to Wembley where our fans might have a chance to play their part, but we have to realise we’re a bit behind the curve.

“It’ll be an extremely tough game because we’ll be playing against a team who have already had two competitive games, while our players will realistically only be ready for anything between 45-60 minutes.”

Supporters are reminded that Ilkeston will be admitting a maximum of 600 supporters on a first come, first served basis from 1pm on Saturday. We will be providing a free live stream of the match for those who can't make it.