As you can no doubt imagine, it’s been a challenging couple of weeks at Meadow Lane following a number of our players testing positive for COVID-19. This led us to make the incredibly hard but correct decision yesterday to cease training and playing for a short time to create a ‘firebreak’ process at the club.

Withdrawing from this season’s Emirates FA Cup was a particularly difficult call but, with so many players unavailable and the possibility of further cases evolving despite good infection prevention and control measures within the club, it would have been negligent and irresponsible of us to travel to King’s Lynn, and subsequently to Halifax and Aldershot next week for our National League fixtures. We’re in dialogue with the latter clubs to rearrange both matches and will provide an update in due course, but we’re hopeful of catching up quite quickly.

While a few players who tested positive are still experiencing symptoms, I’m pleased to report that they are all looking forward to returning to training when the time is right. Thankfully, some are already symptom free and raring to go, while others will need a little more time before getting back to work. They will then, no doubt, need to regain some of the fitness they have lost as a result of the virus and lack of training, so we’ll have to be patient while they get back up to full speed.

This disruption to our season, particularly following such a strong start, is hugely disappointing. We are, nevertheless, proud of the proactive approach we have taken which has led us to identify the cases within our camp. Testing is by no means a cheap exercise, nor is it mandatory, but our owners Chris and Alex Reedtz have generously funded a regular programme and will continue to do so in the interests of protecting the health of our employees and public health. We absolutely believe this is the right thing to do and that the league should reconsider their position on this for other member clubs.

The FA’s Chief Medical Officer, who I was in close dialogue with earlier this week, was very complimentary about our approach throughout the pandemic and we will continue to act diligently and responsibly to limit the risk of the virus spreading within our club and into the wider community.

We’re planning to test all players and staff again next Friday before welcoming them back to training the following week to commence preparations for our currently scheduled return to action on Wednesday 11 November, when we host Stockport County in front of the BT Sport cameras.

Our live streaming service returns for our following home game, against Wealdstone on Friday 27 November, and we’ve been absolutely delighted with the response so far with more than 2,100 match passes being sold for both of our streamed matches to date.

Barring a couple of minor teething problems, both streams have been a tremendous success and with so many of you generously choosing to pay above the base price of £12 I’m very confident streaming will provide us with an important income stream over the course of the campaign.

Unfortunately, however, it won’t make up for the revenue we’ve lost due to not being able to welcome our supporters back to Meadow Lane.

We had hoped that our share of the well-publicised £10million funding package kindly made available by the National Lottery would have gone a long way to making up the shortfall.

But, while we appreciate the Government, FA and National League’s efforts in securing this funding, the allocation of the monies does not accord with the criteria set out earlier this month, when Government made it clear it should be used to subsidise clubs for their lost gate revenue.

How can it be right, therefore, that we receive only £11,000 per month more than the likes of Boreham Wood, Wealdstone and Weymouth despite our average attendances being more than five times theirs? They and a host of other clubs are now actually in a stronger financial position than they would have been if crowds were permitted at matches and, as a result, have gained an unfair competitive advantage over clubs like ours who have been left significantly worse off. The allocation is profoundly flawed to the extent that it seriously and adversely impacts the very integrity of the competition.

All clubs were asked to provide the league with financial information at the end of September and to specifically detail their estimated lost gate revenue. While we understand these figures are merely indicative, alongside average attendances over say a two-year period they should have provided enough information to enable the league to work out a sensible banding of teams rather than adopting this purely arbitrary system.

If the funds were distributed in an optimal way, it is conceivable that all clubs could have received close to their lost gate receipts for the first three months of the season, with further potential to replace other lost revenue streams with live streaming and creative sponsorship and marketing initiatives.

In a letter to the league I have offered to provide a number of options for a more considered and structured distribution based on various scenarios using the above information. I am yet to receive a response!

On Monday I will be speaking with Lilian Greenwood MP to ask for her support, alongside other MPs, in demanding the National League revisit their decision and distribute these very welcome funds in a manner which meets their mandated use. While we are of course grateful to receive this help and accepting of the fact we may not recover all our losses, we cannot accept other clubs profiting from the grant while many others are left short. I would like to thank Lilian in advance for her support and assistance in this matter.
Moving on to operational matters, I’d like to bring you up to speed on a number of staff changes at the club in recent months.
Mike Townsend’s arrival as ticketing supervisor coincides with our former ticket office manager Jordan Worthington’s promotion to the role of commercial operations manager. If you’re interested in speaking to Jordan about any commercial ventures, please call 0115 955 7222 or email jordan.worthington@nottscountyfc.co.uk.
There has also been a change in our academy, with Craig Wallace stepping back from his role as academy manager to take on a new full-time role away from the club. Craig will, however, continue to look after our academy recruitment, with Dave Plant promoted to academy manager.
Congratulations to both Jordan and Dave on their well-deserved promotions.

While the club remains closed to visitors in line with our COVID protocols, our club shop will continue to open on Thursdays (9am-5pm), Fridays (9am-5pm) and Saturdays (9am-1pm) and our hardworking backroom team will continue to answer your telephone queries throughout the week. Click here for contact information.

My colleague, Alice Kelk, will be particularly delighted to hear from all of you who wish to sign the young Notts fan in your life up to our 2020-21 Young Pies membership, which carries a host of exciting benefits! You can find out more here. 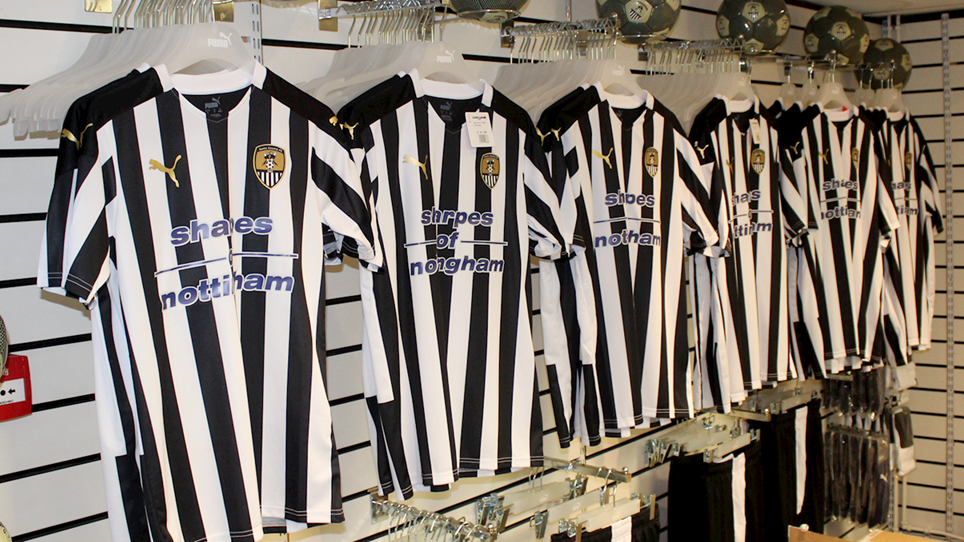 
We have confirmed our club shop Christmas opening hours, with our doors scheduled to reopen on Tuesday 8 December. 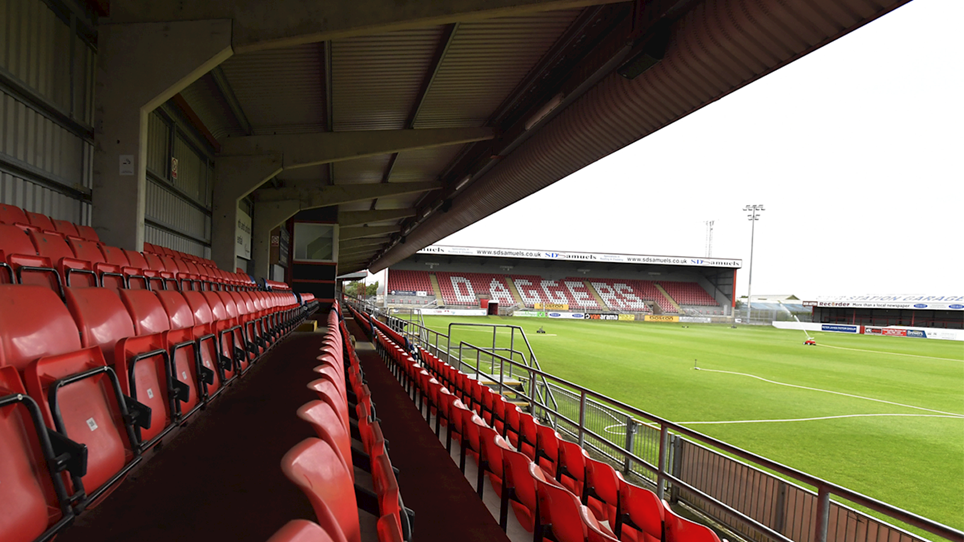 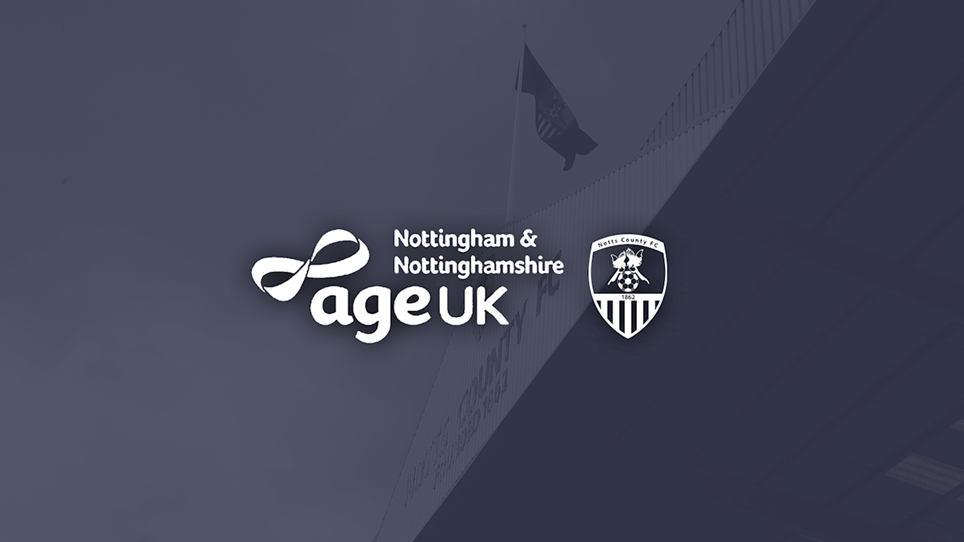 
We have donated next Saturday’s Woking match sponsorship package to our charity partner Age UK Notts following the launch of their Dear Christmas Friend campaign – and we’re encouraging our supporters...