Damien McCrory feels our squad has all the attributes needed to achieve promotion from the Vanarama National League this season.

The Irishman has history of climbing the divisions from his time at Burton Albion, where he was part of the Brewers side that went from League Two to the Championship.

And he sees the right characteristics in our ranks.

“We’ve got what’s needed to get promotion,” claimed McCrory. “It’s just about delivering it.

“Everyone is on the same page, which is what you need in a squad to achieve success.

“Plus, we train how we play which is another massive part.

“The gaffer has signed players with ability but also with the character you want at the club.

“Everyone brought in is a good footballer but also a top guy and that’s what you need if you want to get promoted.

“We have a group of players that are giving their all and it’s nice that we’re pushing up the table.”

But McCrory is keen to ensure concentration stays solely on the game ahead, with Eastleigh our visitors this weekend.

“It’s important that we don’t get carried away with what we’ve done,” he said. “We are just taking it one game at a time because there are a lot coming up.

“We’ve hit good form at the right point of the season and just need to continue it.

“Eastleigh will be tough and physical, like in the first game of the season, and I feel like we owe them one.

“Every player thinks back to how we got on against them previously so you’re even more motivated to get three points next time.

“On a personal level, getting sent off there wasn’t ideal so it’d be nice to beat them on Saturday and continue up the table.” 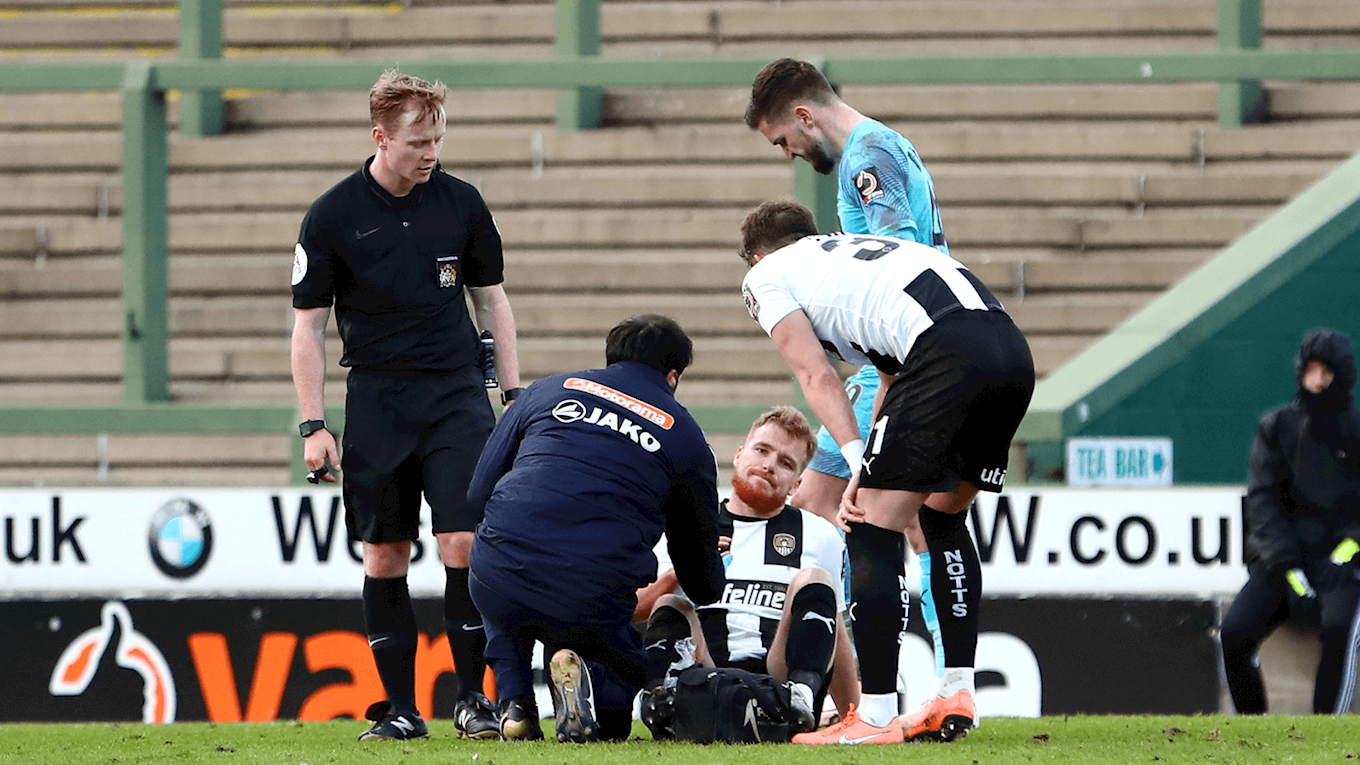 McCrory recently returned from what initially looked like a serious knee injury sustained in our Buildbase FA Trophy tie at Yeovil.

“I was fearful it might be season-ending so I was over the moon that it wasn’t,” revealed the defender. “I’m happy to be back.

“I’m playing with strapping at the moment to make me feel a bit more secure and I’ll do that for the next couple of weeks before easing off it.

“I’m icing it after each game to make sure I don’t get any swelling or inflammation and I’ve managed to cut that down.

“I want to play every game to help the team. That’s the eagerness in me and hopefully I’ll be back in for the rest of the season.”