After making his 800th appearance in club football at the end of last month, Michael Doyle discussed his exceptional career...

I’m privileged. I didn’t expect to be a footballer but once I was given the opportunity I took it with both hands and never looked back.

When I was young, people told me ‘enjoy your career because it goes by so quickly’. You roll your eyes at that but it’s true.

The journey is unbelievable if you get to be a footballer. Saturdays are amazing but it’s not about them, it’s about what gets you there and doing the extra pieces.

It’s the hard yards you put in during the week and making sacrifices that other people don’t have to.

You only get out what you put in and I’ve put in a lot of hard work and looked after myself.

That’s why I’ve been fortunate enough to surpass 800 games and it’s an unbelievable achievement.

In a sense, Coventry means everything to me because it’s where my career started.

I signed in the summer and remember making my debut against Peterborough in the League Cup because the opening-day fixture against Watford was called off due to a player tragically losing his life.

My first game was on a Tuesday night. I wore a number 17 shirt that was way too big for me, which I still have, and I made my league debut against Walsall the following Saturday.

I’d been at Celtic as a young boy and was fortunate to get the chance to play for Coventry, who were a massive club that had come down to the Championship and were looking to rebuild. 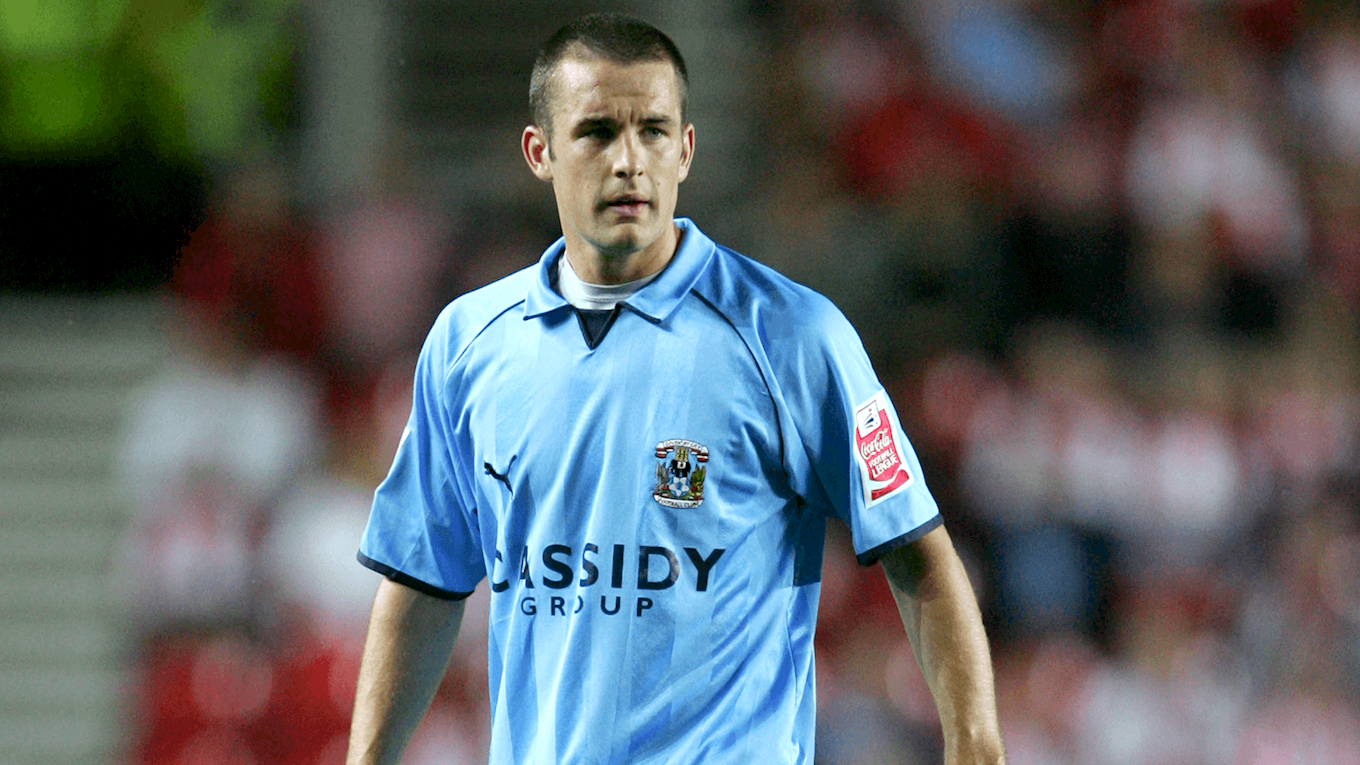 Gary McAllister and Eric Black took a chance on me and I scored my first goal in my second league game down at Portman Road.

I was playing for a massive club that I’d watched every week on Match of the Day and I’m appreciative of the opportunity. That club is the reason I’m here.

When I went back six years after leaving, it was the right thing for my family.

Coventry were at an all-time low with supporters staying away but Mark Robins spoke to me and I knew he was determined to take them back up.

I developed a good relationship with him and felt a like a massive part of the club but the important thing was to get promoted at the first time of asking. 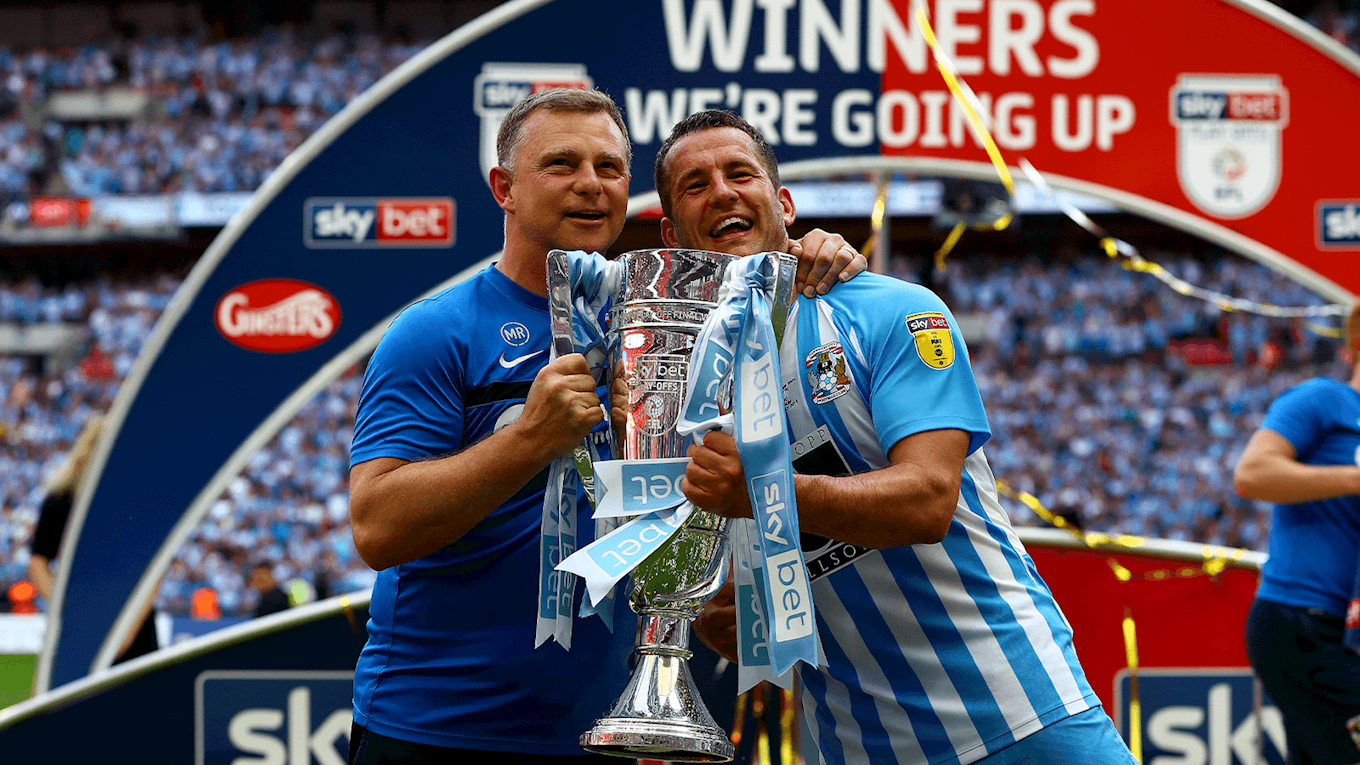 I’d been to Wembley a few times but never won, so to do so as captain makes it a day that’ll stay with me.

I’m so grateful for my first spell there but even more so my second because we achieved a promotion and I didn’t think that would happen.

Now they’re on the brink of another one and it’s great to feel you’ve played a part in getting the club supported unbelievably again.

My dad always had a connection with Leeds and I never imagined I’d get the chance to play for them, so when I heard they’d take me in League One I thought ‘yeah, I’ll drop down and try to play a part in getting them back up’.

I’ll never forget leaving Coventry with my now-wife, though. Driving past the Ricoh Arena, I was getting emotional about leaving because it was all I knew and I’d been a big part of the club, so I was unsure if I wanted to go.

I didn’t realise how big Leeds were until I went. The training ground was out of this world and 26,000 came to the first game of the season against Exeter.

The support was unbelievable and they had the place rocking. I thought it was a proper football club and a bit of me.

Leeds gave me the number four shirt, which is iconic. Unless you’re involved with them you’re not aware of what it means, but I was told when I arrived and there was a lot of weight on that. 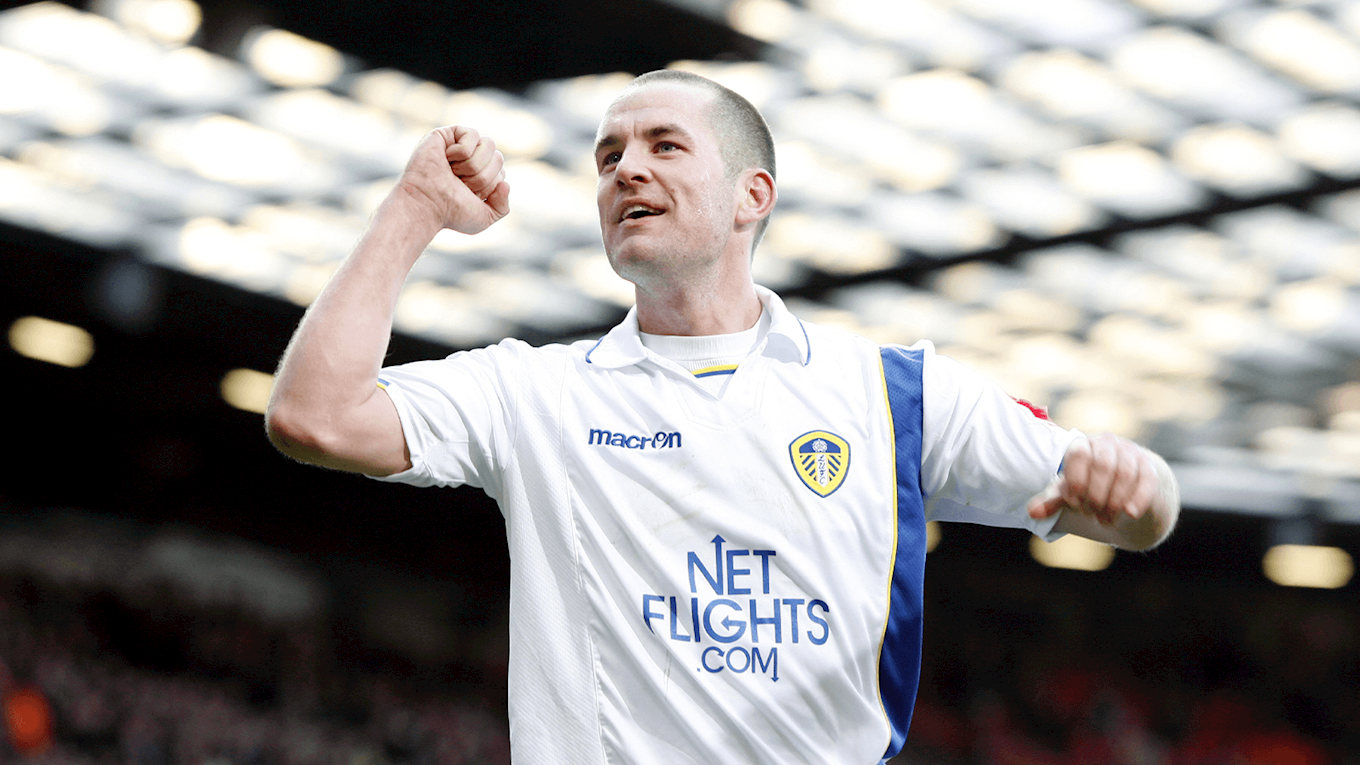 My year there was special. We had an unbelievable run in the FA Cup and beat Manchester United on the way, before a fairy-tale last day of the season.

We needed to win to get promoted but went down to 10 men, so at half-time we just talked about nicking a goal.

Bristol Rovers took the lead so we were preparing for the play-offs but the supporters backed us to the hilt and I’ve never experienced anything like it.

We went on to win 2-1 and that just shows what a difference a crowd can make.

Playing a part in that was great and it looks like they’re going to go up to the Premier League now.

We had semi-finals in the play-offs, FA Cup and League Cup and a play-off final during my four-and-a-half-year spell at Sheffield United.

The club and fans are unbelievable but it’s frustrating to look back on my time there because it’s the only place I didn’t achieve a promotion.

We did everything but win and it’s the one that leaves the biggest tinge of sadness because it was such a great time.

There were so many nearly stories but I can’t speak highly enough of the club and I loved it there. It was a pleasure to wear the jersey.

The atmosphere stays with you from the special days and I always remember when we played Charlton at Bramall Lane in the FA Cup quarter-finals – the place was nearly caving in. 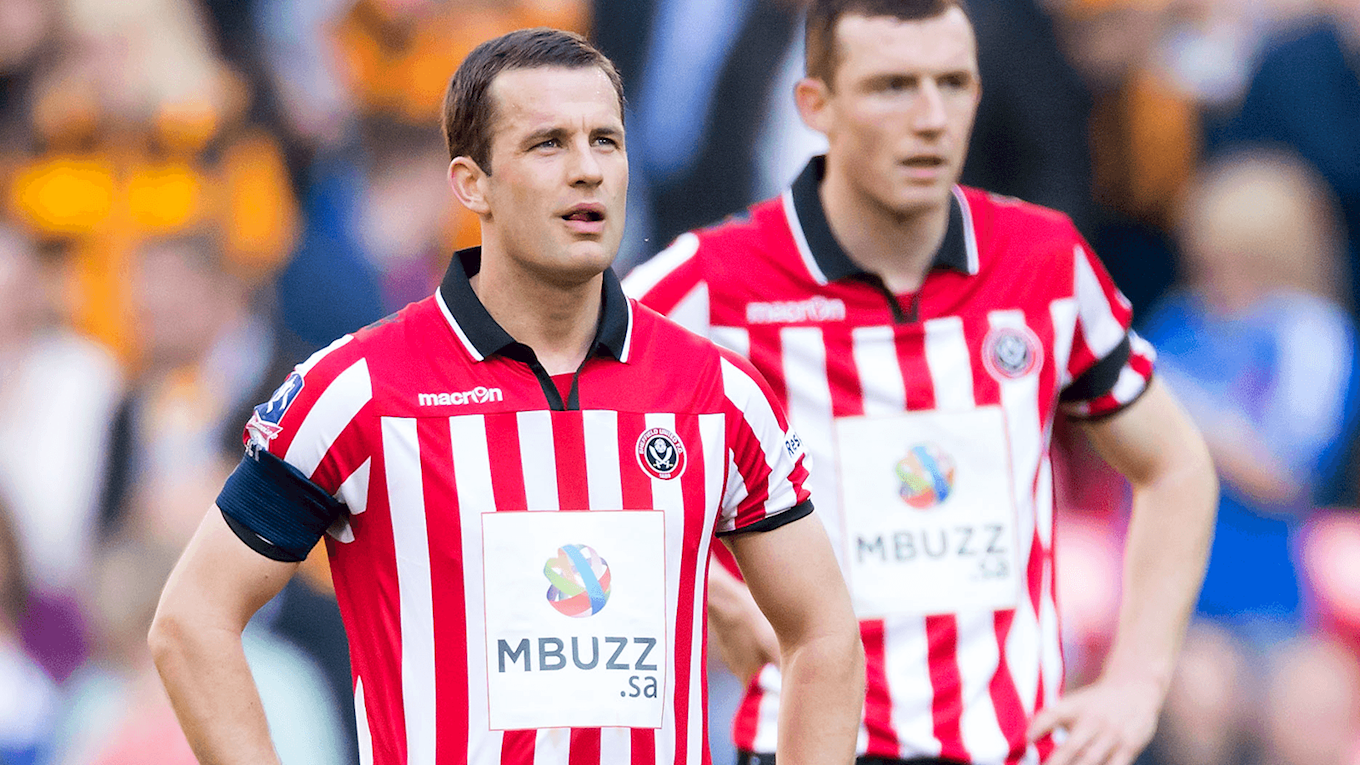 I’ve got so many memories with them but it always comes back to not quite achieving success.

The fans would feel the frustration because they wanted the club to achieve and it made the disappointment so raw, which made it tough to play there at times.

The wanting from the stands comes onto the pitch and can make it hard, but I’ve always understood the weight of the jersey when you’re playing for clubs like that.

It was such an honour to play there. The ground was special, the atmosphere was through the roof and they deserve the success now.

I couldn’t be any prouder when I look at where the club is.

I was 34 when I went to Portsmouth and they were two years I’ll never forget.

The manager, Paul Cook, was unbelievable and such a character. He told me ‘this is how we’ll play and this is where you’ll play. We’re going to play attacking football and won’t change for anybody.’

Talk about being true to your word! It was two years of playing on the front foot against brick-wall defences. 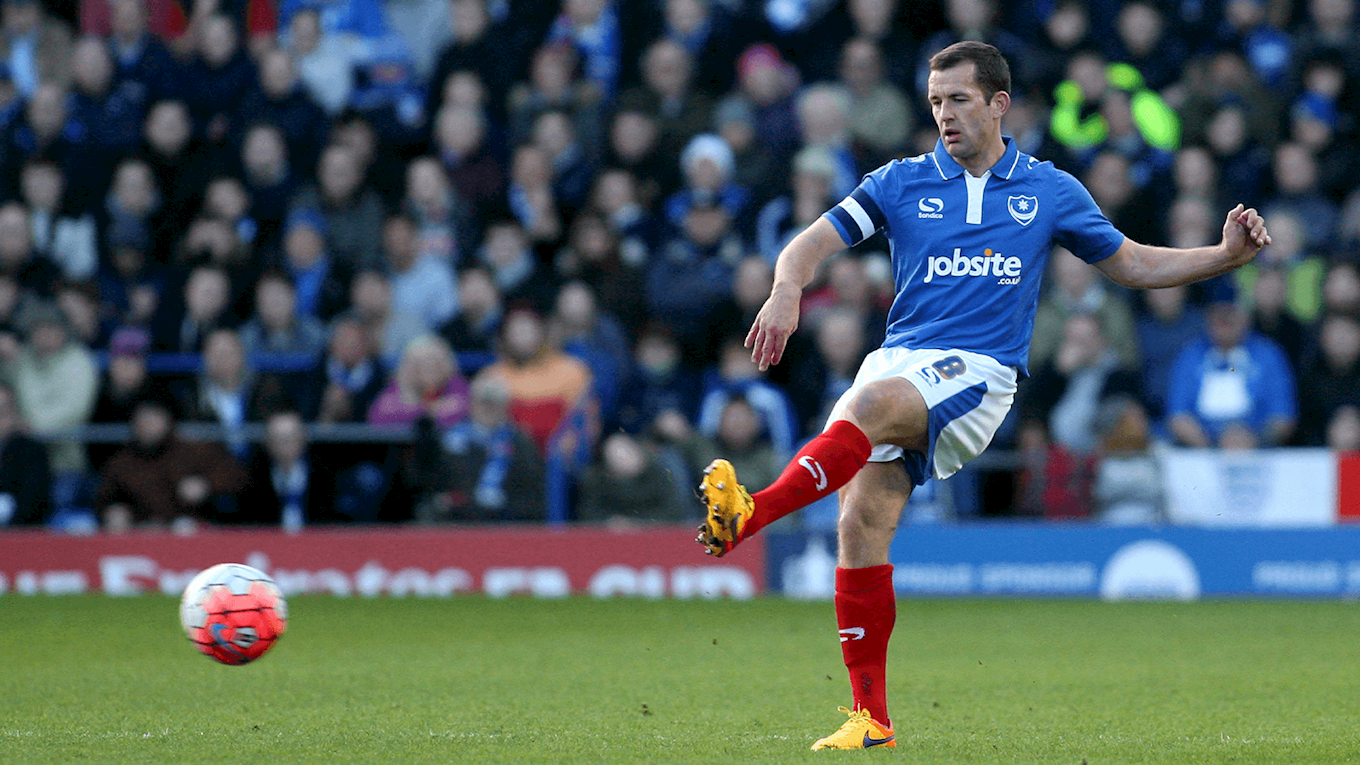 There were 18,000 at Fratton Park every week so the atmosphere was unbelievable and was epitomised four games into my time there.

Morecambe went 3-0 up before we knew it and, instead of getting the knives out, the bells from the stands just got louder and they supported the team as we came back to draw 3-3 with 10 men.

That atmosphere lives with me and the effect the fans have and their passion for the club is unbelievable.

We went top for the first time all season 60 minutes into the final game and that summed up the club.

It’s a special place with special people. They’re a different breed and it’s great to see them going from strength to strength and to have played a part in that journey.

If you’re a passionate player like me, you think ‘wow, they’re a monster down there’ when you look at clubs that have dropped down through the leagues. It’s the same at Notts County.

When you carry a big fanbase there is passion and demand that comes with it, so these clubs are the toughest to play for when the chips are down.

I’m so engrained with Notts and I owe them so much. I’m so focused on getting this club back into the EFL and to say I’ve played a part would be unbelievable.

You can’t buy the feeling of achieving something at clubs with huge support and that’s what we want to achieve at Notts County. We want those feelings.

We have the players that can do it and have to roll up our sleeves for the games in the run-in. 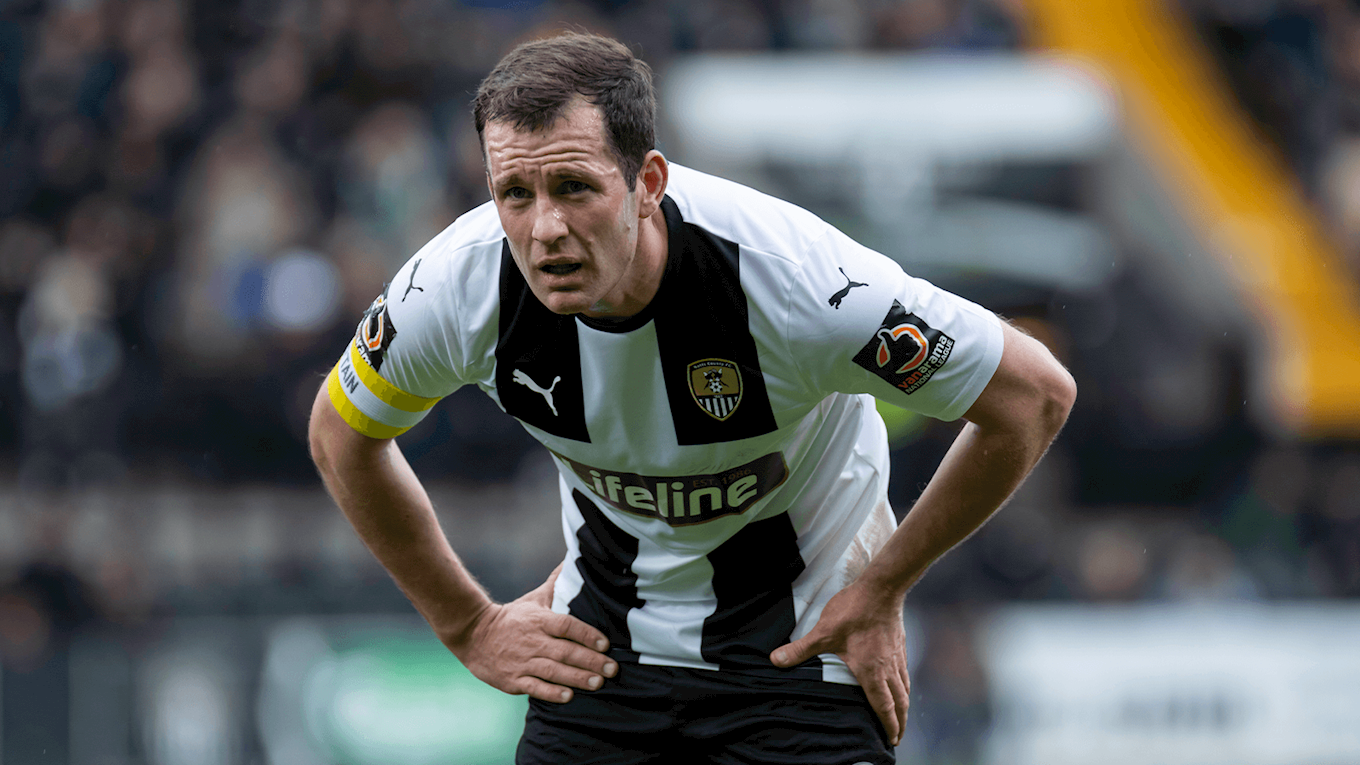