Neal Ardley says it’s important we show Barrow the respect they deserve when we visit them on Saturday.

The Bluebirds are sitting pretty on their perch at the top of the Vanarama National League with a five-point buffer over closest rivals Harrogate and the best goals return in the league.

Their 3-0 win at Meadow Lane in November saw them ascend to the summit and they’ve not relinquished the position for even a day since, so we’ll be in for a tough test at the weekend.

But Ardley’s briefed his squad on where they went wrong earlier in the season and doesn’t expect the same mistakes to be made.

“I thought, and I’ve told them this, our players went out there arrogant for the first game and Barrow’s were humble,” the boss revealed.

“They had a gameplan, worked at it and stuck to it but we didn’t.

“They’re top of the league and have won 20 games for a reason so we have to pay them the respect they’re due but be ready to find a way to take the game to them.

“The first game hurt the boys and we’ll go there and try to do what we do, but we have to be humble.”

Ardley is wary of the threats Barrow will pose but won’t solely look to contain the leaders.

“Barrow are the best team in the league and their staff have really got something going there,” he said. 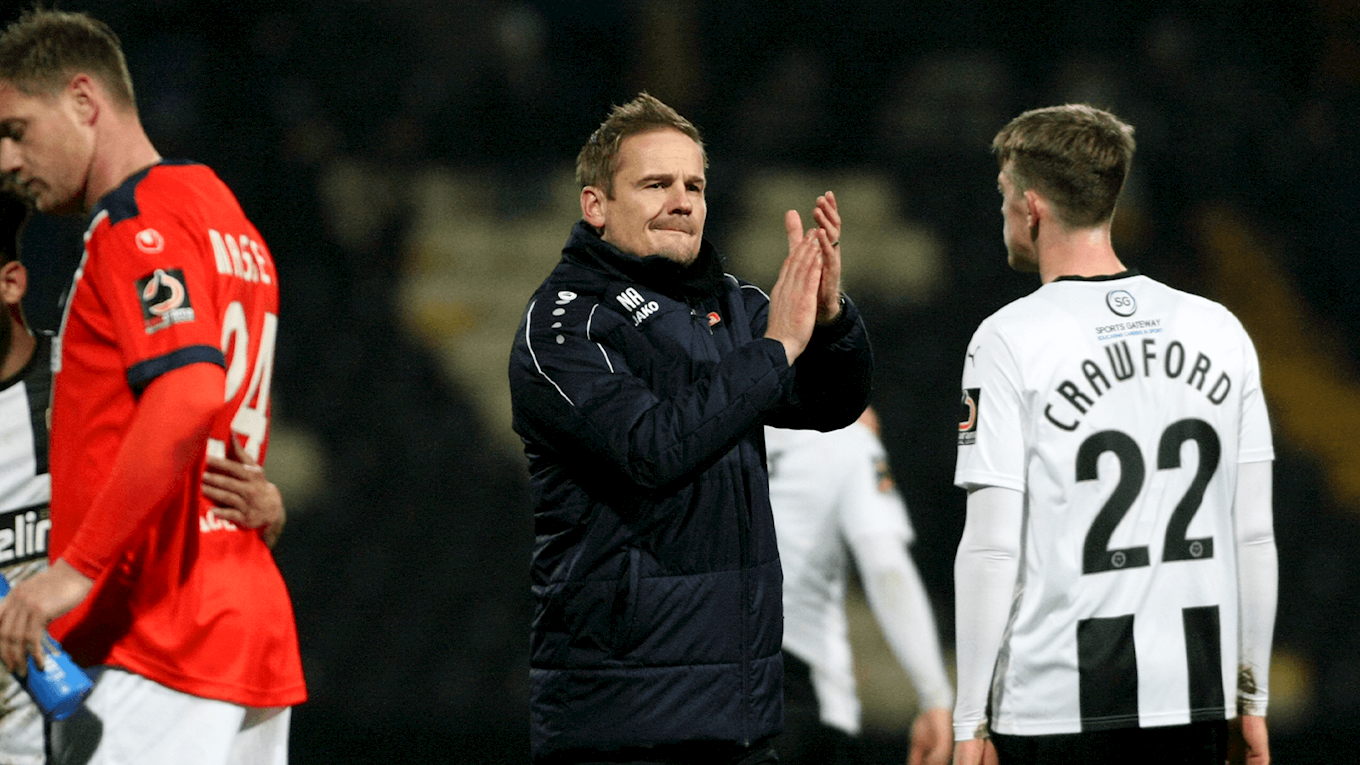 There’s positive news on the injury front and the boss has hinted at changes as the fixtures pile up.

“Damien McCrory and Alex Lacey trained on Tuesday and Thursday so we’re hopeful on them and have a decision to make as to whether they’re physically ready to come back into the squad for upcoming games,” said Ardley.

“Ben Turner has joined back in but is still some way off and Regan Booty and Zoumana Bakaoyogo are running, too, so we’re getting there.

“We were all out on our feet on Tuesday night and performance levels won’t remain the same if I don’t rotate things.

“I decide changes based on the facts of who’s fatigued, struggling with tight hamstrings or other things and I have to weigh them up because we need energy.

“The way everyone in the squad is playing and training means I have faith in them all and there will be times players start a game but won’t even travel to the following one.”