Our Vanarama National League play-off semi-final will kick-off at 5pm on Saturday 25 July.

We'll host the winners of Yeovil Town v Barnet, who lock horns in the quarter-finals on Saturday 18 July, for a chance to compete in the Wembley final on Sunday 2 August (kick-off 3pm).
All National League play-off matches will be played behind closed doors and broadcast live on BT Sport. Unfortunately, due to the National League's broadcasting agreement, clubs will not be permitted to stream the matches live via their own digital channels.
Further details on how you can subscribe to BT Sport will follow in due course. 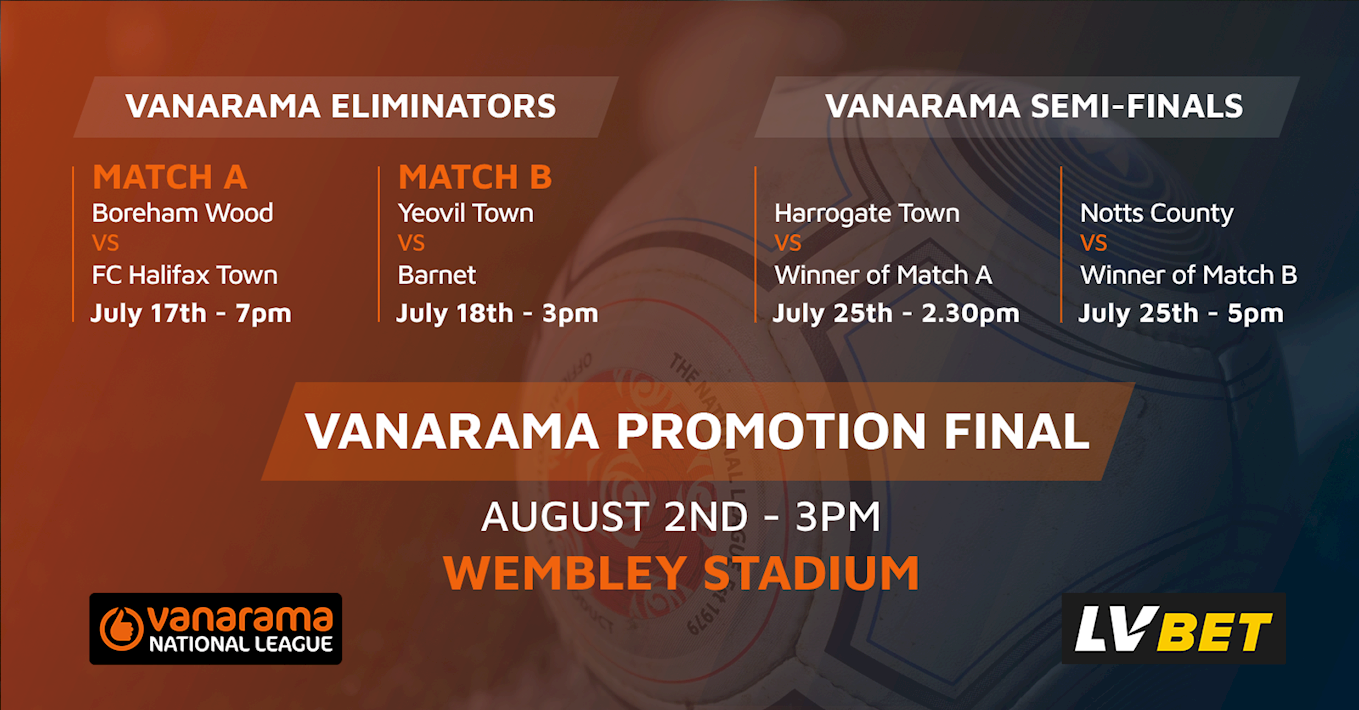