We have completed the signing of Cardiff City left back Joel Bagan on an initial month’s loan.

The 18-year-old arrives to provide cover for injured duo Damien McCrory and Zoumana Bakayogo and he’ll be looking to build on his impressive senior debut in the Bluebirds’ recent Emirates FA Cup thriller against Reading.

Bagan played 82 minutes of the fourth-round replay at the Cardiff City Stadium, which the visitors eventually won on penalties, and received plenty of praise for his debut performance.

“It was a good experience and I’m now looking to have more in men’s football,” said the new arrival ahead of his first training session this morning.

“I felt more confident as the game went on, put in some nice crosses and came close to getting an assist.

“I do like to get forward and help out by creating chances, but I also enjoy the other side – defending and winning the ball back.

“One of my main attributes is my ability to get around the pitch, so I think I can bring plenty of energy to the squad.

“As soon as I heard about the opportunity to come here I wanted it to happen. This is a big club and to play in the National League will be a great experience for me.

“I can’t wait to start training now. I want to impress from the start and put myself in the manager’s thoughts.”

Neal Ardley has used his contacts at Cardiff, where he was formerly academy manager, to conduct thorough due diligence on his new signing.

“We looked at loads of possibilities for this position but the players we identified with know-how, experience and knowledge were either too far away in their demands or unavailable because their club can’t replace them outside the transfer window.

“That led to us looking at the best young options out there and Joel was high up on our list in that respect.

“I spoke to Neil Harris, Cardiff’s manager who’s also a friend of mine, as well as their academy manager and they both rave about Joel. They’ve told me he’s more than up for this and very capable of doing a good job for us.

“He may not yet have the experience, but we feel we’ve got a very good young player who’s educated in his decision-making and very good technically.

“He’ll be in the squad for tomorrow’s game and we’ll have time to work with him next week to give him a full understanding of how we play – and I don’t think it’ll be too dissimilar to Cardiff.

“I’m sure he’s going to do really well and at the end of the month we’ll take a look at the overall situation and decide whether both parties would like to extend the deal.” 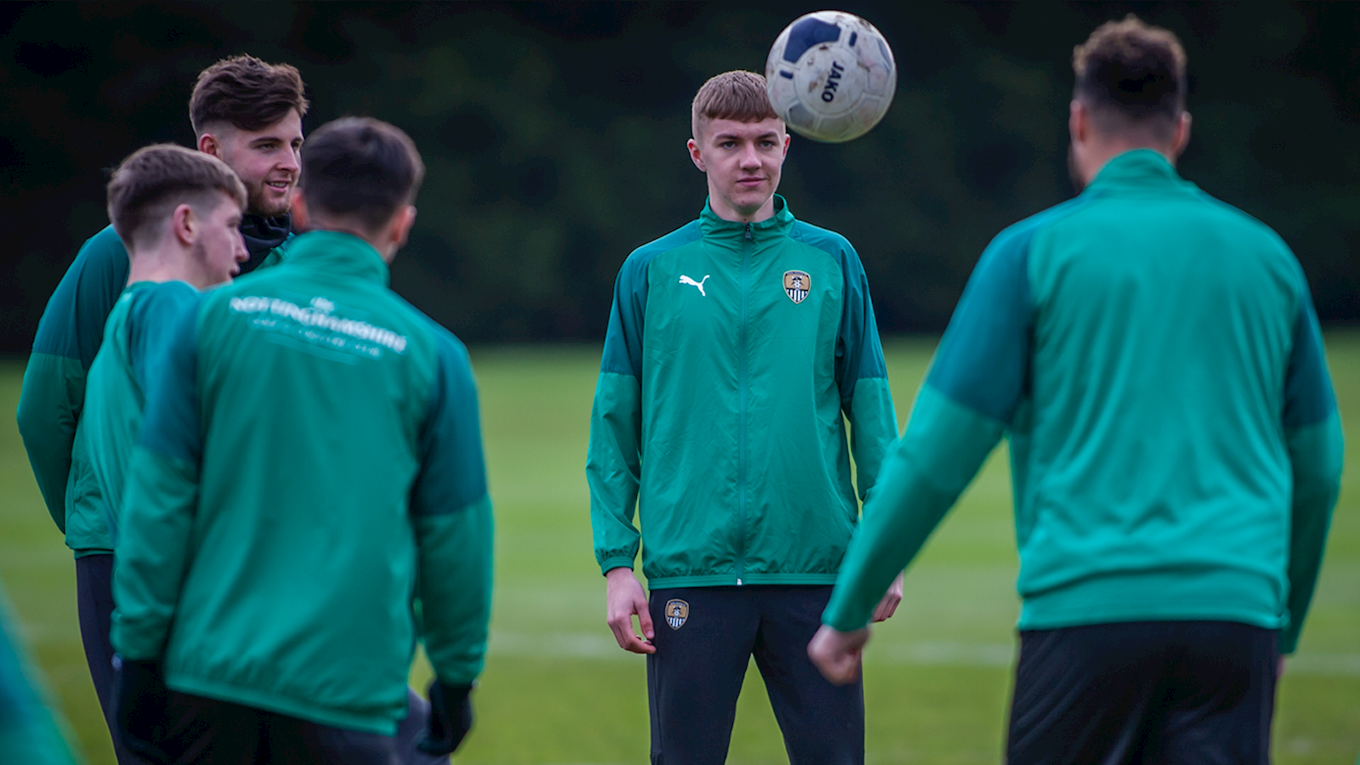 Bagan, who's been assigned squad number 33, began his career in Southampton’s esteemed academy before signing a scholarship with the Bluebirds in 2018.

His potential has been recognised with three caps for Scotland’s youth ranks and he’ll be hoping to build his reputation further with a strong spell at Meadow Lane.

If you’d like to sponsor our new recruit, please email commercial@nottscountyfc.co.uk or call 0115 955 7241 to find out more.