The defender provided a goal and an assist on our last trip to Huish Park.

Connell Rawlinson believes we possess the strongest set of centre backs in the National League and hopes that will be reflected in the ‘goals against’ column come the end of the 2020-21 campaign.

Rawlinson has been an ever-present figure in a back four which has conceded 12 goals in as many games so far this season, the joint-fifth best tally in the division.

And come the end of May he hopes we’ll be out in front after cutting out the defensive errors which have cost us in the early stages of this season.

“I’d go as far as to say there aren’t four centre-halves at any other club in the league with the quality we have,” said Rawlinson.

“No matter who plays, that centre-half partnership will be a very strong one.

“Last year we had a very good defensive record and this season I want us to have the best in the league.

“We’ve had a stop-start beginning to the season and conceded some silly goals from set plays and mistakes, so if we cut those out over the course of the campaign it should bode well.” 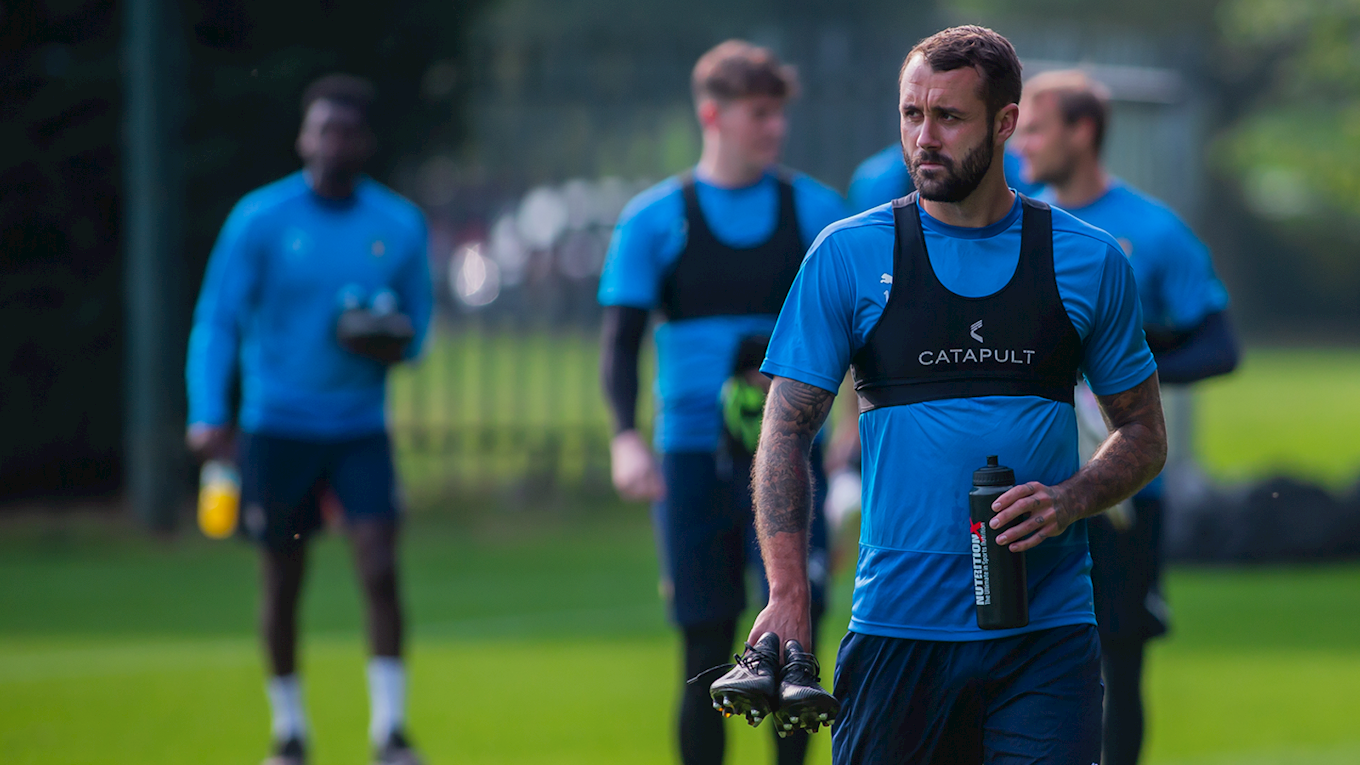 It was a set piece that cost us against Boreham Wood on Tuesday night as our run of consecutive clean sheets came to an end along with a five-game unbeaten streak.

And Rawlinson says it’s up to him and his team-mates to approach set-piece situations with the correct attitude to prevent similar goals in the future.

“I don’t think it’s really something you can work on,” he said. “It’s a state of mind – a mentality. You’ve got to be very focused.

“Even before the ball comes in, you’ve got to look at the opposition’s body language to work out if they’re going to try and block you or sprint to get a yard on you.

“You’ve got to switch on – it’s not a rest period, it’s a very important part of the game.

“The lads understand that and I think come the end of the season we’ll be solid on set pieces, as we were last.”