The manager previews the start of our FA Trophy campaign.

Neal Ardley is relishing the opportunity to give much-needed minutes to a number of his players when we visit Morpeth Town in the Buildbase FA Trophy on Saturday (3pm).

The boss could welcome several members of his squad back into the fold, some of whom have been injured and others who have simply been unable to break into the team in recent weeks.

And, while he plans to manage the load of those who most need a weekend off, he is more interested in what those who come into the side can bring to the table.

“Tuesday’s victory over Stockport was a real benchmark of what we want to do and I want the whole group to carry so I'm able to feel like I could play anyone in the squad. That’s what I’m hoping for.” 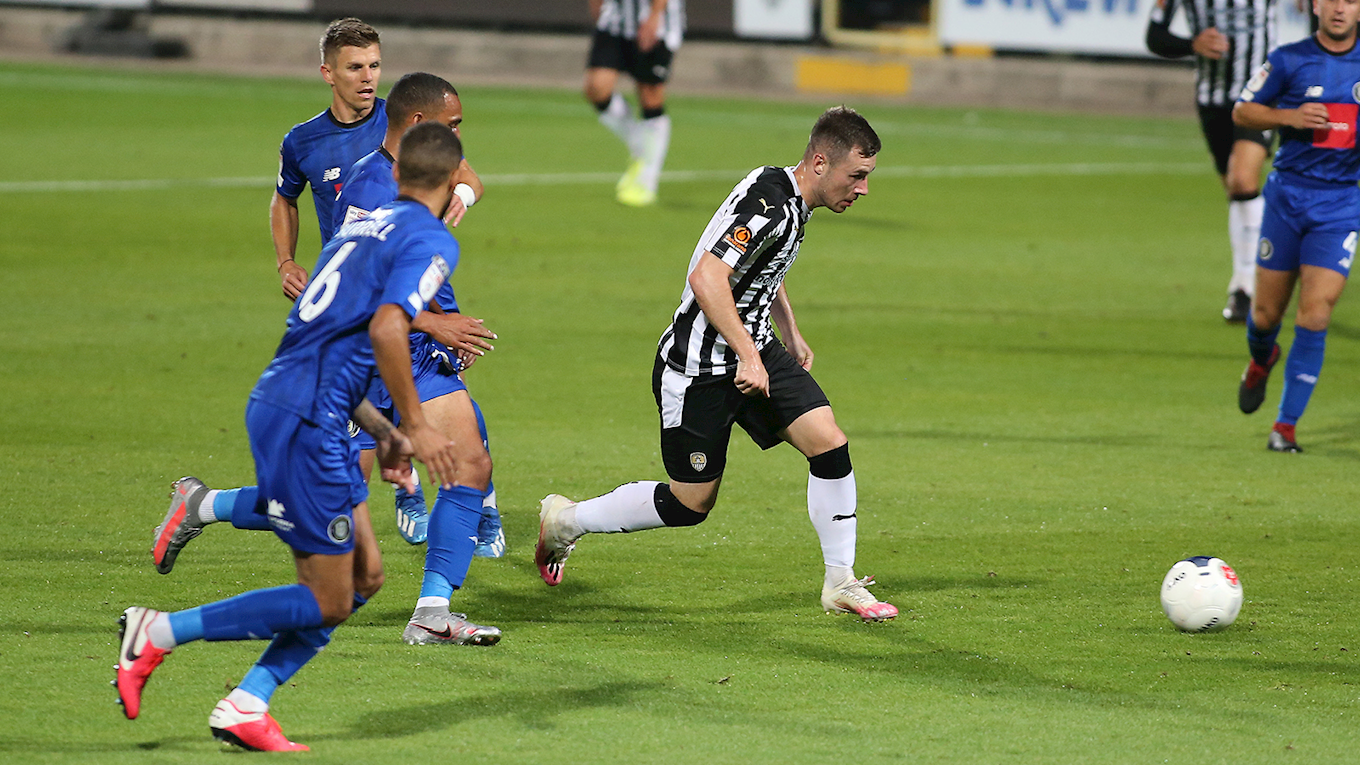 One man who’s unlikely to play any part is Cal Roberts, whose ongoing issue continues to be assessed by our medical department.

“We’re still trying to work out whether he’s getting inflammation from muscle-type injuries or whether it could be a knock-on effect from Covid, which he suffered quite badly with,” said the boss.

“I could possibly put him on the bench but he might go backwards after it – I’m not sure that would be the right thing.

While the boss admits preparations have been trickier than for a league game, he won’t be using that as an excuse to prepare his players any less than he normally would.

“Getting footage is much harder than usual, I can assure you!” said Ardley. “But we’ll do as much homework as we can to ensure the lads are ready for everything.

“The first challenge is that we’re expected to win. That itself puts the pressure on, so we’ve got to take Morpeth seriously and give them the respect they deserve. It’s really important we carry on the mentality from Tuesday night’s game.

“Winning games of football has got to be a habit. You can’t differentiate from one competition to the other – you’re always trying to win a game of football.”

We're taking our popular live streaming service on the road for this one! Click here to find out more.