The manager shared his thoughts on the loan signing of Tom Walker in the build up to Wednesday's match.

Neal Ardley expects to be without Damien McCrory and Wes Thomas for tonight’s trip to Dagenham and Redbridge, but believes the pair are nearing a return to action.

McCrory has bone bruising on his knee and Thomas is recovering from a kidney stone.

And, while Ardley is unlikely to include either in his travelling party tonight, he hopes it won’t be much longer before they can be called upon.

“Damien was back out on the grass for the first time on Monday,” said the boss. “He’s a bit of a warrior – he’s desperate to train but it’s not until he runs that the pain really comes.

“Wes is also back training but we’re trying to look after him. He’s a lot better – we don’t think he’s going to be far away – but it’s a case of building him up over the next couple of weeks so when we really hit the thick of our games we’ve got him as one of our options.” 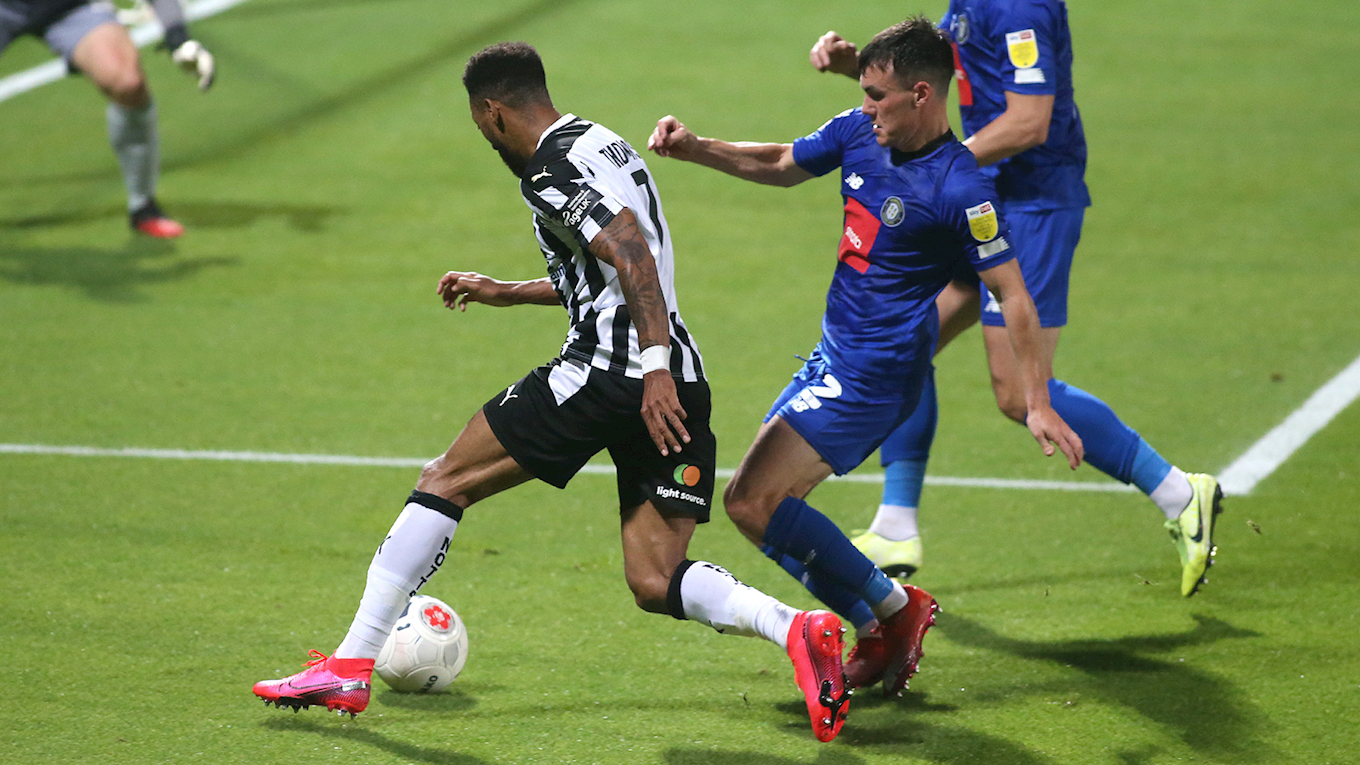 We travel to East London with the hope of securing a hat-trick of victories, having scored six goals on our way to wins over Chesterfield and Wealdstone.

Dagenham, who beat us 2-0 in last season’s reverse fixture, come into the match on the back of a gruelling Emirates FA Cup tie away at Mansfield on Sunday, which they lost in the depths of extra time.

But Ardley doesn't expect the Daggers to have a hangover.

“I’m sure their staff have put all the strategies in place to get them back raring to go,” he said.

“They’ve done quite well in their last two games – they got a great point at Sutton, which is a tough place to go, and they pushed Mansfield all the way. I think they’ll feel they’re in a good place and ready to go on a run.

“They played a back four on Sunday against Mansfield and they’ve played with back threes as well. They’ve got some good players in their squad.

“We’ve worked very hard to make sure our team are ready for all scenarios so when they’re on the pitch they can work out how the game is and what we need to do to cause problems.”

Dagenham are streaming the match for £9.99. Click here for details.