We have completed the signing of 28-year-old former Denmark international Casper Sloth.

The central midfielder has won eight caps for his country, including a Wembley appearance against England in a World Cup warm-up match in 2014, and spent two years with Leeds United after earning a move from his boyhood club, Aarhus.

He most recently represented Scottish Premier League side Motherwell but left in February due to limited game time.

Now he’s determined to rediscover the form he showed earlier in his career to aid our push for promotion back to the EFL.

“This is perfect for me,” said Sloth. “I love when there is a clear vision and you know what you want. That’s how I am as a person.

“It’s not going to be easy – it’s a difficult league to go up from but, looking at some of the games we played last season, we have a very good squad who just missed out in the final. Hopefully we can do it next year.

“I’m a central midfielder who likes to get on the ball – a technical player. I hear this team likes to play and that suits me very well. I’ve got some experience, too - 28 is quite old for a footballer!

“I’m very hungry to play games and to get back to the level I was before. That’s why I’m here.

“I’ve been training with some other players in Denmark but I haven’t been in a proper team session since I left Motherwell in February. I’ve been doing a lot of running and training with a personal trainer, but it will be good to get a full pre-season and get up to full speed.

“Now I need to find a place to live with my girlfriend! It’s important to get a base so we can settle in completely. I’m looking forward to seeing the city – I’ve only been to London, Leeds and a few other cities in England but I’ve heard good things about Nottingham and I can’t wait to find out for myself.” 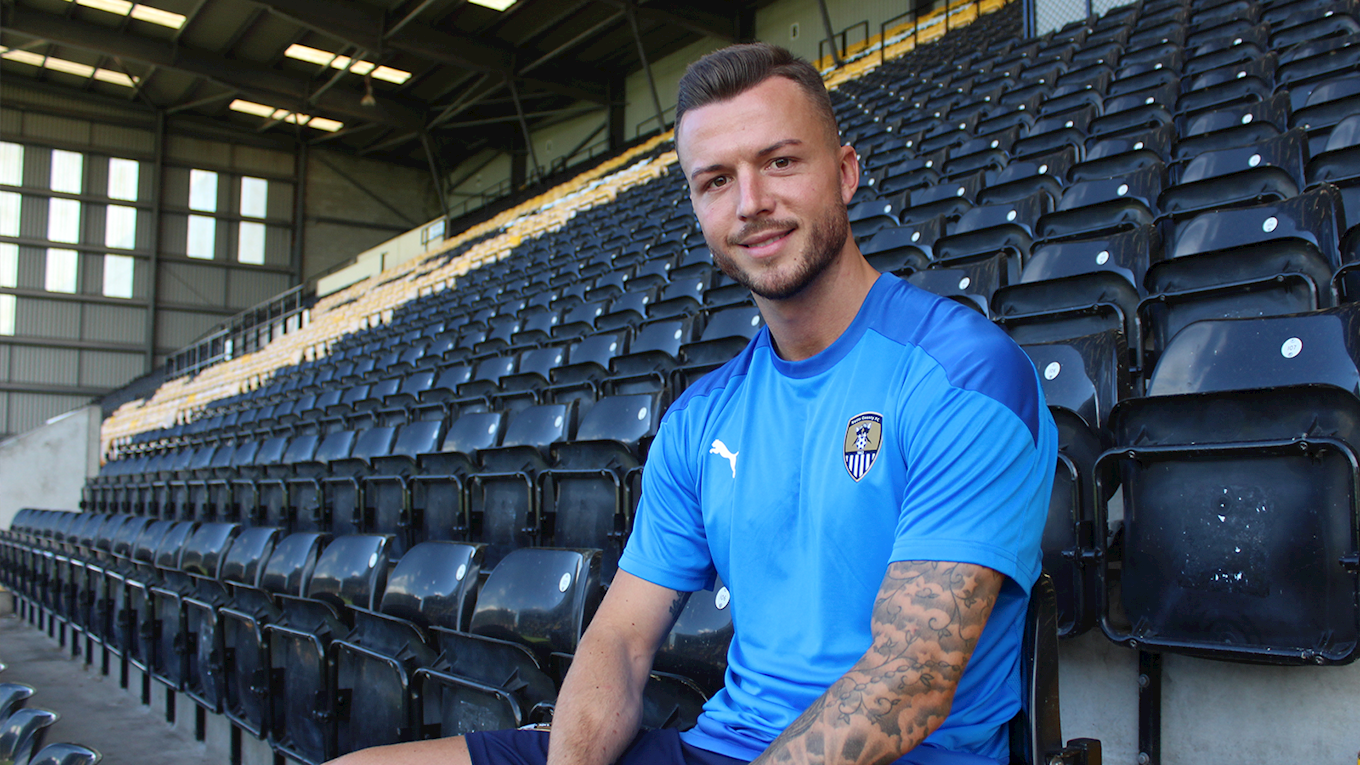 Our new assistant manager, Greg Abbott, was on hand to welcome Sloth to Meadow Lane and give him a tour of his new surroundings.

“He’s almost as excited as me!”, said Abbott. “He’s come with a fantastic attitude of wanting to help the group and is really looking forward to the challenge ahead.

“Sometimes in football you can lose your way and it isn’t necessarily your fault – it can be down to circumstances and timing at a club and things not quite going your way.

“Casper’s a super lad who has a lot to prove to himself. He has a nice passing range which can open up defences and create goals – we’re hoping he’ll score some as well.

“He has all the qualities you want in that type of midfield player – he came out very highly in all the recruitment team’s ratings and the manager has watched a lot of clips of him.

“There’s a very good player in there – we’ve just got to find a way of getting it out of him by helping him enjoy his football again.

“If he can regain his form then we’ve got a really good player on our hands who will give the squad a load of depth, which we’re going to need next season with Saturday-Tuesday games taking us all the way up to Christmas.”